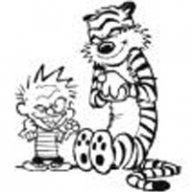 "Google Chrome is a browser that combines a minimal design with sophisticated technology to make the web faster, safer, and easier".

EDIT: Very simple, minimal interface indeed which I like very much. Web pages seems to load extremely quickly or do I just imagine things. Hopefully this is stable and well protected but for now I´m impressed.

Thanks Jari, i juts wanted to post this, i am testing it right now, it is great fast, less memory usage and so on, i think Google will do good business with this. I have it as my default browser already.
Y

But what about the privacy? it's google he
M


Micr$s$ft improved alot with the EU watching.
What does paypal say about it?
safari for windows was also very good everyone says. but
paypal srapped them from the list of save browsers.
J 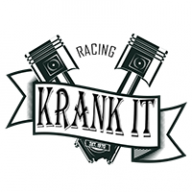 Mozilla CEO John Lily shared his thoughts on Google’s new browser project, Chrome, and what that means for Mozilla. “It should come as no real surprise that Google has done something here — their business is the web, and they’ve got clear opinions on how things should be, and smart people thinking about how to make things better. Chrome will be a browser optimized for the things that they see as important, and it’ll be interesting to see how it evolves.” Mozilla’s Europe president, Tristan Nitot also chimed in during an interview with PCPro, stating that they don’t view this as a direct attack on Firefox, even if it did catch them by surprise. “I’ll take another example: just before Microsoft launched Vista, it invited us [to work with it] so that Firefox works better on Windows Vista. Because for it, Firefox being a top-tier application that was very successful - we now have 200 million users around the world - it could not afford to have Firefox run slowly on Vista. Therefore, it helped us improve Firefox for Vista. That’s just the same for Google. It wants Firefox to perform well with its applications, that’s for sure. Indeed, it even wants IE to perform well with Gmail and the rest. It’s just that it has very limited control over this. That’s why Google’s been frustrated and it is launching this Chrome browser.”
Click to expand...

It's just a beta and i love it, for me speed is important, every browser has security issues, you can thinstall the browser, make it virtual to test it.

It's just great, so fast and easy to use :thumb:

Lots of fuss surrounding privacy at the moment.
It won't become my main browser, FireFox is my browser of choice.

But since it's google it'll have some following, uses the webkit engine from the Safari so standards support is good, so designing for it isn't an issue.

Tried it this morning and really like the speed and thumbnails to your most used links. My only problem is I'm used to Firefox now it second nature to use it. Will definitely keep an eye on it though. 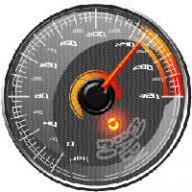 Just downloaded it, is does seem faster on one site then firefox.
Not sure if I use it as, I have IE, Firefox, Opera and Goggle Chrome installed now

I am using it too now. First impression. Fast and easy! Only some strange borders appears round boxes like i am typing in now.
Also the spelling check is very annoying 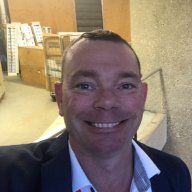 I had a small test and uninstalled after 1 minute , I was trying to browse the RD forum and had direction errors ( to many redirects ??) so gone with the chrome thing.

Seems fine on these forums to me. I like being able to pull tabs out of the main browser window into their own window, and being able to drag them back in
You must log in or register to reply here.
Share:
Facebook Twitter Reddit Pinterest Tumblr WhatsApp telegram Email Link
6 comments
RaceRoom | DTM 2020 Talk 'n' Drive
45 comments
rFactor 2 | 2020 Bentley Continental GT3 Arrives Wednesday
23 comments
iRacing | Season 4 Patch 1 Released
4 comments
Barcelona Calls | Ferrari Hublot Esport Race This Evening (+ How To Watch)