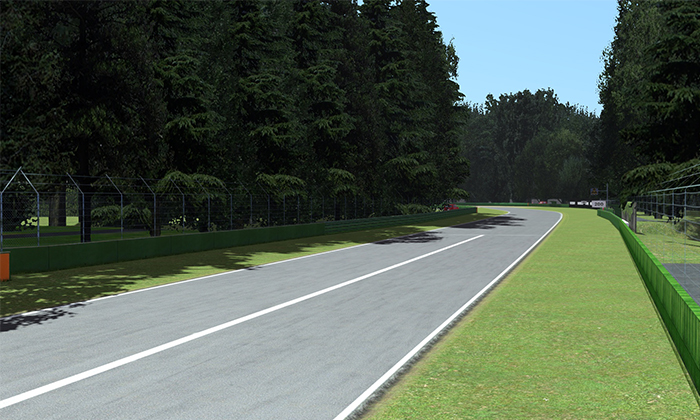 Watch the fourth round of the Formula SimRacing Thrustmaster World Championship live from iconic circuit of Imola in Italy. The live broadcast starts at 16:30 GMT (18:30 CET) as the lights of the rFactor 2 open wheel series turn green.

The second quarter of the FSR 2014 season will launch in nostalgic atmosphere, as the San Marino GP, better known as Imola, will make a comeback to the calendar after 8 years of absence. The anti-clockwise circuit will feature a technical challenge both for the driver and the car, including one long straight with the circuit's only DRS zone and flowing sections of corners where maximal curb usage will be the key to a fast laptime. Imola will also include the super-soft compound for the first time this season, as the two softest compounds has been chosen due to low tire wear.

In the World Championship, it remains to be seen whether Morgan Morand can continue his impeccable record of three consecutive wins - the odds for him are high on this particular circuit. Despite Morand's dominance, Precision Motorsports holds the constructors lead with 1 point over Crown7NetRex. The constructors' battle will certainly be one of the main interest points in the upcoming race. Behind the leading duo, GT Omega's Rob van Starkenburg is perhaps the strongest podium candidate, as the Dutch has seemingly closed the gap to the top in every race so far.

Update: The race has finished and you can now watch the re-live registration below

Twister tactics was just stunning. Impressive job both Patel and Gosbee.
You must log in or register to reply here.