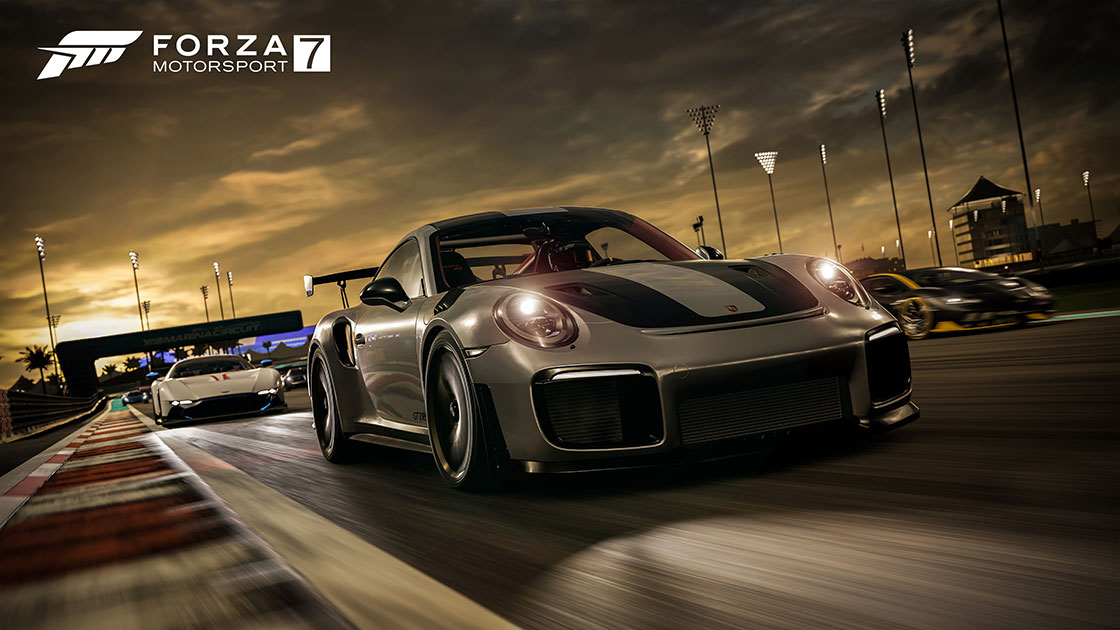 Turn 10 Studios have confirmed the demo for Forza Motorsport 7 will release this September 19th.

In something of a rare move in modern gaming, Turn 10 Studios will be releasing a demo for Forza 7 ahead of game launch, with Xbox One and PC players due to have access to free limited content demo build as early as this September 19th.

Available for both platforms supporting the latest Forza title, the demo version of Forza Motorsport 7 will contain three circuits, three vehicles and a sample of the dynamic weather conditions set to make a prominent appearance in the latest release to this popular franchise.

On the vehicle front the demo will contain the Porsche 911 GT2 RS, Mercedes-Benz Tankpool truck and Nissan Nismo GT-R LM. The three very different vehicles will each be playable on specific circuits, with the Porsche drivable on the new for Forza 7 Jebel Hafeet Pass in Dubai. Italian permanent race circuit Mugello will play host to the massive Mercedes truck, and the Nürburgring Grand Prix circuit will feature the Nissan GT-R LM, also benefiting from weather treatment and having "dynamic" atmospheric effects enabled, allowing the player to race "through rainstorms laced with thunder and lightning make for a visual showcase and for a challenge like no other – where dynamic puddles grow and shrink with the intensity of the rain".

It has also been confirmed that the demo will feature a range of adjustable game assists, as well as a very useful benchmarking tool to allow PC players the opportunity to test the performance of their various machines before committing to purchasing the full game on release day on October 3rd.

To help get you in the mood for Forza Motorsport 7, check out the new official game commercial below:


Forza Motorsport 7 will release for Xbox One, Xbox One S and Windows 10 PC this October 3rd.

For more Forza Motorsport 7 related news and chat head over to the Forza 7 sub forum and get yourself involved with the community today.

Looking forward to Forza Motorsport 7? Which is your preferred platform, W10 PC or Xbox One? Do you like the idea of a demo before the game releases? Let us know in the comments section below!
Sort by date Sort by votes

Apparently the game is gonna have a new features called leagues. Anyone know anything about this?
Upvote 0 Downvote

So seems like E3 Demo and having a benchmarking tool.
Wonder if my 6700K with only a 1070 will manage high-max detail and 4K @60Hz

Will be interesting to see how optimised this will be to other sims available with this looking visually more detailed and intense if compared to many titles already on PC. Forza often gets much flack for various other things.

Getting excited for it as should be a fun title to enjoy with superb audio and visuals.
Last edited: Sep 7, 2017
Upvote 0 Downvote

Wauw a Demo cool!
Last demo I played was the GTR Demo from Simbin I think ;
Upvote 0 Downvote

How many terabytes of bandwidth do I need to set aside for the many failed downloads?
Upvote 0 Downvote

The track they filmed that at is Irwendale Speedway. It's not in the game, and it's in its being torn down soon...
Upvote 0 Downvote

@apocapollo said:
The track they filmed that at is Irwendale Speedway. It's not in the game, and it's in its being torn down soon...
Click to expand...

I was just about to say, "isn't that Irwindale?". It's a damn shame. Place has hosted some great races, and drifts, and one game show that one time.
Upvote 0 Downvote

im actually pretty excited for this. Im glad Microsoft is bringing this game to pc. plus i just got a gaming laptop so i can play this at work with a controller as well. ( on break obvioulsy )
Upvote 0 Downvote
R

This is one time (at the very least) where you should listen to the console SIM fans (not Forza fans) on this site. We can save you lots of money and heartache.

Now, if you have some magical modding tool that we can hack into, I retract.
Upvote 0 Downvote

In 12 days I will finally know whether my $600 steering wheel setup will go to waste on this or not.
Upvote 0 Downvote

Gargos said:
In 12 days I will finally know whether my $600 steering wheel setup will go to waste on this or not.
Click to expand...

I have a bit of money I'm looking to invest wisely on a bet about the terrible physics of Forza Motorsport 7.
Upvote 0 Downvote

Poor Ken in Zastava Yugo ... but it would be nice game add-on among all those racing beasts
Upvote 0 Downvote

Looking forward to Forza 7 and really hoping they have made the claimed improvements for wheel users. The Horizon style career where you can run any event in any car/class and race length (and create them as challenges for friends) looks set to be the big win.

I smile at the timing of the demo release thought 19th September with pcars2 due out on 22nd. I'm told the review codes for pcars2 are 'delayed' and no one seems to have seen the final console versions working, you know on consoles, yet? Worryingly similar to pcars if we don't see some reviews soon. Well timed demo by Forza it seems to me. I hope both games are good as I've preordered both for PC (pcars2 VR was enough to convince me), but it looks to me like Forza have the confidence to release a demo and the question marks remain over pcars2.
Upvote 0 Downvote

Came across this today.

It should be outright illegal for Microsoft to try and replace their crappy engine sounds with what they use in these commercials.
Upvote 0 Downvote
You must log in or register to reply here.