Staff
Premium
The new update for Forza Motorsport 7 is here - including plenty of feature improvements, the removal of something rubbish and new content...

The latest in a long line of regular updates and DLC drops for Turn 10 Studios and Microsoft racing title Forza Motorsport 7 is here, bringing a nice selection of improvements and fixes to the game alongside a rather curious new batch of content... seven hotwheels cars from the 50th year history of the children's favourite toy car brand....

Of probably more interest to those of us with a taste for the virtual racing car, the new update released earlier today also includes the wonderful Porsche 917/30 Can-Am Spyder from 1973, a delicious open cockpit sportscar that will be represented in the game with the #6 Penske Sunoco of Mark Donahue... probably more in keeping with the theme of a racing game than a Hotwheels pack, but each to their own I suppose...

Other highlights, and the full change log, can be seen below:

New Collision Model
While nearly everyone tries to avoid them, collisions are a part of racing. With the November update, we have implemented some important physics updates that significantly change collisions in the game. These changes can be found across three different areas of the game:


1) We’ve improved energy dissipation between bodies, as well as the way tire friction is calculated during a collision. This is a global change, which results in “softer” collisions, where collisions absorb energy and the collision impulse happens over a longer period of time.​
2) In multiplayer events, collisions are now resolved locally and blended when the game receives an update from other player(s) in the same multiplayer match. Effectively this means that multiplayer collisions now work like single-player collisions, even in high-latency scenarios.​
3) A new Collision Assist setting scales the amount of body rotation a car can impart on another car in a crash. Players can choose to turn the Collision Assist on or off and players will have the option to create lobbies that use this assist (or ones that do not). This collision assist is meant to curb griefing; and a car hit by a car with this assist engaged will also receive the assist.​
The sum of these changes means that contact and collisions feel much different in Forza 7 with this update. Car contact when side by side will result in fewer spins; tandem drifters will find that their cars will be more tolerant of tiny taps than before, and griefers dive-bombing into Turn 1 will have less of an effect on the rest of the field than before. In all, the new collision model is meant to bring car-to-car contact more in line with the real world, and also make the experience for players of all skill levels that much better. 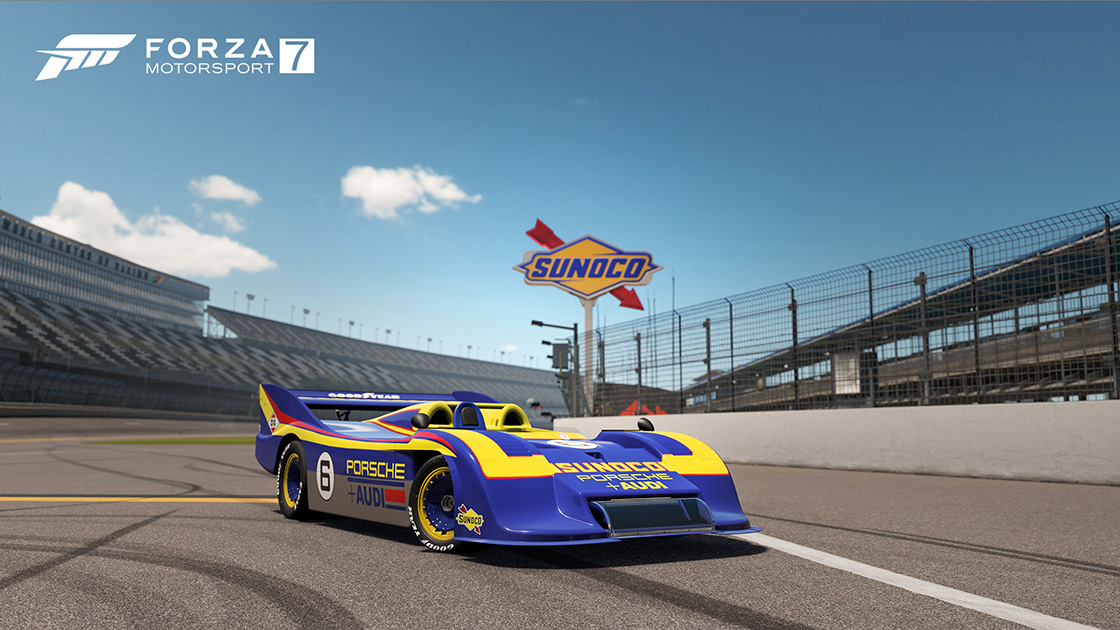 Due to the removal of prize crates, we have made an important chance to our Forza Rewards programs. Instead of receiving prize crates per Tier, new Forza Motorsport 7 players will receive Mod cards per Tier. For the full rundown of what cards are available per Rewards Tier, check out November 2nd edition of the Forza Week in Review.

In addition to various localization and UI improvements, this update addresses several issues in the game. See below for all the details.


Forza Motorsport 7 is available for Xbox One and Windows 10 PC now.


Have you tried the new update and content yet? Let us know your thoughts and impressions in the comments section below!​
Last edited: Nov 6, 2018
Sort by date Sort by votes

Is that the Turbopanzer I see there....."there is massive amounts of Win in this sector"
Upvote 0 Downvote
J

Forza Motorsport 7 is a great game ! The day when there will be VR support, it will be grandiose !
Upvote 0 Downvote

Yes, but how can we be sure the Hotweels are realistically simulated?
Upvote 0 Downvote

It seems Turn10 have been listening to the players, especially the fact they're willing to finish perfecting Forza 7 for the next year or two rather than concentrating on bringing out Forza 8 which in my opinion is a good thing. Just look at Gran Turismo that took years for them to get the way they wanted it. Seems like they've also realised satisfying their customers can come before making money with a new title
Upvote 0 Downvote

Trebor901 said:
Only thing that does suck compared to Horzion 4 is the load times seem to be quite lengthy on pc
Click to expand...

Cote Dazur said:
Yes, but how can we be sure the Hotweels are realistically simulated?
Click to expand...

answer
when sombody uploads them to assetto corsa.
Upvote 0 Downvote

Hotwheels Cars exist as Real Life Model . You can see them Driving in US .
Upvote 0 Downvote

How is wheel support these days for Forza?
Upvote 0 Downvote

Trebor901 said:
It seems Turn10 have been listening to the players, especially the fact they're willing to finish perfecting Forza 7 for the next year or two rather than concentrating on bringing out Forza 8 which in my opinion is a good thing.
Click to expand...

They only do this because they wont bring another Forza for the current Xbox. Graphis are on the limit with the current console so Turn10 waits for the next Xbox console for Forza 8.
Upvote 0 Downvote

PaulH said:
How is wheel support these days for Forza?
Click to expand...

Works fine for me.
Upvote 0 Downvote
You must log in or register to reply here.