The 2010 Formula One calendar has also been released and it shows a 19-round championship. Such a number of destinations has not been seen in F1 since the 2005 campaign.
Bahrain will take over as the season-opening event next year, with Australia presented as the second round. Taking into account daylight savings time, the change allows the Melbourne race to start at 5pm, following the trend of 'twilight' races imposed by Bernie Ecclestone in order to favour television coverage for European audiences.
The Malaysian Grand Prix will retain its twilight status, however the race is scheduled an hour earlier with hopes of avoiding a mid-race wash-out as was the case this year due to the daily fierce rainstorms of April. Abu Dhabi follows the late-day race format as well, while Singapore remains a late-evening event under the floodlights.
Canada appears on the 2010 calendar although the contract remains to be signed; if negotiations should fall through again, Turkey – which appears on the calendar in any case – will be delayed two weeks in order to take over Canada's reserved date.
New to the Formula One championship will be South Korea, with a debut set for October. Brazil will recuperate its traditional role as the season-ending race, this time in mid-November.
2010 FIA Formula One World Championship calendar:

Nice, 19 races . 2010 will be a long and interesting season with the new teams and rule changes (like the "refueling ban", etc.)

Here a extra note regarding the amended starting times for some events:

Oh no please get rid of Valencia

And move Australia to the start of the season again. :teeth:
A

bahrain is, uh, a bollock.
L

I can completely understand why they put Bahrain as the opener. So much racing history there.

Damn, I was thinking for 20 or even more.

Lewis Fergusson said:
I can completely understand why they put Bahrain as the opener. So much racing history there.
Click to expand...

'Tis a good track too.

Here's what they said on the F1 website:
http://www.formula1.com/races/calendar_preview.html

Damn, I want A1 Ring back (with the old Flatschach section) 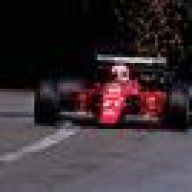 Omer Said said:
Oh no please get rid of Valencia
Click to expand...

I actually went to valencia this year,(on holiday but it was at the time of the GP, so i had a day trip) and i didnt like it at all. neither do the drivers, Mark Webber said it was a "Tesco's carpark". Its supposed to be the GP of Europe, but it was nothing like that, only spanish. They should have it at the Nürburgring and have Hockenheimring have the German GP, like it used to be, or just have it back at Silverstone.