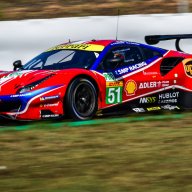 I tried the old pedal one, but doesn't show when driving despite being on in settings.

Is it built in the dx11 interface?

Looking for some help, so I can share my settings here.

The only options to get FFB information I'm currently aware of (which doesn't necessarily mean much) is either using the DAMPlugin to record MoTeC telemetry and then review it later in MoTeC software like anyt other telemetry recorded using that plugin, or, if you want real-time monitoring, then using the shared memory plugin and something like SimHub (which is what I'm using) to visualize the data (excuse the awkward video, but I guess you get the idea):


In theory, any dashboard app using the shared memory plugin (most of them) should be able to access this data, but I'm not sure if any of them besides SimHub were updated to do so (as the addition of FFB data for the plugin is a fairly recent thing).

However, unless you run this on a second monitor or a phone (which I generally do) or something like that and want to use SimHub as an overlay, you have to run the game in either windowed or borderless windowed mode, which may or may not have some slight issues on your system (mostly either some microstuttering or a slight increase in input lag).

As far as I know, there's no other way to view FFB data in rF2 currently, as the options for plugins to write to screen are apparently very limited in DX11 and the old DX9 plugins don't work, as you've discovered yourself. Would be really great if the new UI that's been coming for quite some time included something like that or at least allowed the plugins to work again, but who knows if and when it will happen.
Reactions: mr Sw1tchblade, Denis Betty and Jason Mullin

@Denis Betty you are very kind!
@Martin Fiala thank you a TON for the swift and informative feedback. I did check your original post at the time and I guess I have to go with that option if I can't find an easier solution in simcommander. Will raise the point to their forum as well because this is not an optional silly question, but a requirement and has to be implemented for the sake of this beautiful simulator.
Reactions: Denis Betty 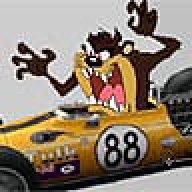 @Martin Fiala great video showing what has been missing for some time. How do I set this up in simHub ( only just downloaded this app)

There's a pinned comment under the video (because people keep asking and complaining that I didn't provide a guide for them in the video...):

1. Get SimHub and install it. It's documented very well. Make sure you have it working with rF2.

2. Set up some kind of dashboard or overlay. It really is up to you what you're after and how you want to run it - on a second screen, on your phone or even as an overlay (you have to run the game in windowed or borderless windowed mode for the latter option, which can have its issues).

3. You have to add some kind of gauge or readout to visualize that FFB data. You can easily add such indicator yourself either to whatever overlay or dashboard you use, just open said dashboard or overlay in editor and add the gauge of your liking, then edit the formula for the gauge value appropriately. What I'm using and what you can see in the video is just a simple vertical linear gauge (that's what it's literally called in SimHub) with default settings (so max value 100, min value 0) and using the following NCalc formula for its value:

And then I also have a gradient defined as part of the Color Value for the gauge to have the gauge turn red the closer it gets to 100, which is also very easy to set up in SimHub (it is part of the vertical gauge properties).
You must log in or register to reply here.
Share:
Facebook Twitter Reddit Pinterest Tumblr WhatsApp telegram Email Link
16 comments
ACC Custom Livery Workshop Live Stream With Boonatix
70 comments
DAKAR 21 | First Preview Images Revealed
132 comments
rFactor 2 | New Build Update Released