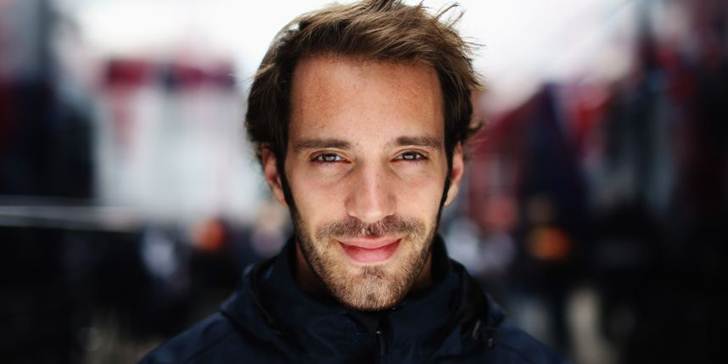 For the second time this week, Scuderia Ferrari has added a new test driver to its team. This time, it is former Scuderia Toro Rosso driver Jean-Eric Vergne who joins the organization as of Friday.

Despite being dropped by Toro Rosso after his most successful F1 season to date - with a 13th place championship standing, a career-best 22 points, and matching his best finish of 6th at Singapore - the Frenchman will retain a place in Formula One as a test driver that will primarily develop Ferrari's 2015 car via the team's simulator.

“On behalf of the entire team, I welcome Jean-Eric, who I’m sure will make an important contribution to our development work in the simulator,” said Ferrari's recently-appointed Director General and Team Principal, Maurizio Arrivabene. “He will fit in to a programme aimed at improving important areas, invigorating and strengthening an already strong and capable group of professionals.”

“I feel very honored to be joining the Ferrari family and becoming a part of the most prestigious team in the history of Formula One,” said Vergne. “The objective is a unanimous one and that is to help the Scuderia get back to the top step of the podium. Having had two years working in the simulator for a top F1 team and three years racing with Toro Rosso, my experience will add to the great efforts that are currently being made in order to get the team back to its winning ways. I look forward to fulfilling my dream in becoming a member of the Ferrari Formula One team and having the Tifosi behind me every step of the way.”

Vergne joins Ferrari just four days after the Scuderia announced that it had signed former Sauber driver Esteban Gutierrez to fulfill the role of primary test and reserve driver for the 2015 season, and announced the arrival of the America Movil group and its Telmex, Claro, and Telcel brands who have been primary sponsors of Gutierrez throughout his F1 career the very next day.

Indeed, Vergne's new role within Ferrari seems very similar to the role Sebastien Buemi has maintained with Infiniti Red Bull Racing for the last three years, since he was dropped by Toro Rosso after the 2011 season he continues to serve as a Red Bull test driver while competing full-time in the World Endurance Championship for Toyota. With Vergne serving a less involved role with the Ferrari F1 team than Gutierrez, the 24-year-old Frenchman would still be available to compete full-time in another series. Last weekend at the Formula E Punta del Este ePrix, Vergne took pole position upon his debut for Andretti Autosport, but crashed out from the lead with two laps remaining. He has also expressed interest in competing in the Verizon IndyCar Series next season, where Andretti runs one of the premier organizations in the series and also has an available seat for 2015.

Ironically, Vergne joins Ferrari almost three years after paying tribute to another noteworthy French alumnus of the Scuderia, Jean Alesi, with a special replica helmet worn during his rookie year at the Monaco Grand Prix - while Alesi himself embarked on an ill-fated run at the Indianapolis 500 that same weekend.

With the signing of Jean-Eric Vergne, Ferrari announced it will bid farewell to the team's former simulator test driver, Pedro de la Rosa, at the end of the year - which would likely bring an end to the 43-year-old Spanish driver's involvement in Grand Prix racing. De la Rosa last raced in Formula One in 2012 for HRT, before then he had also driven for Arrows (1999-00), Jaguar (2001-02), McLaren (2005-06), and Sauber (2010-11). Before reaching F1, he was also the 1992 Eurocup Formula Renault Champion, the 1995 Japanese Formula 3 Champion, and in 1997 he won both the Formula Nippon Championship driving for Nova Engineering, and the All-Japan Grand Touring Car Championship driving the legendary Castrol TOM's Supra in tandem with Michael Krumm.

Ferrari also confirmed that drivers Marc Gene and Davide Rigon will maintain testing roles within the organization in 2015.

Good for him.
He deserves this break.
A lot of talent is gone far too soon from F1 due to it's new 'bring money or else' structure.
M

Premium
Terry, I don't know if that is the case with Vergne. The only teams that have that policy are the teams you don't want to go to if you leave STR. And for the other teams the seats are already taken. But I agree with you that he deserves a break. The door to a F1 seat is not completely closed for him this way. I hope to see him race again in F1, maybe in the 2016 season.

@Chris Jenkins - Not necessarily, seeing as Gutierrez will be traveling with Ferrari during the championship and has a much more involved role than Vergne, who will likely be doing simulator work to fill time between a full schedule in another championship like Gene and Rigon already do.

The Telmex money Gutierrez brings is an extra tip in the jar for a team that's already collecting a nine-figure check from Philip Morris every year.

Premium
You are right David it is a necessity.

Hass F1 team will be motorized by Ferrari in 2016, and the choice of Vergne to join Ferrari as a test driver could correspond. It is my opinion. Indeed, I think he had opportunities to be involved in other championships like IndyCar with Andretti ?
You must log in or register to reply here.