My Fanatec handbrake is positioned on the left of my PlaySeat, and the cable is rather tight.
I forgot about the cable and moved the seat, resulting in damaging the 3.5mm plug.

I wanted to buy a new cable, but due to a mix of price and length I decided the try and make my own.
I bought a cable that had a 3.5mm plug (at a right angle so its not stuck too far out) on one end and bare wires on the other, so I could crimp my own RJ connector.

The bare wires consist of 3 wires, white, yellow and red.

I removed the old cable and realised it had 4 wires, white, red, green and black.

Now, the plug has 3 contact areas so I presumed only 3 wires, so not sure why it has 4.

Has anyone changed it over or made a new one and know which wire is which, before I use a continuity tester to check myself?
Last edited: Jan 17, 2019 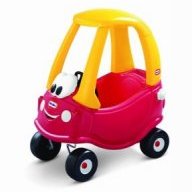 Based on the fact that i've used a standard stereo minijack (female/male) extension cable with my former Fanatec handbrake, my guess is that two of the wires from the RJ connector are combined at the other end. If you didn't throw away the old 3,5mm plug, maybe check that?

Right the RJ plug on the original wire has 6 connections.
Looking at it from the opposite side of the retaining clip from left to right.
1. Black
2. Green
3.
4.
5. White
6. Red

As I said, my new lead has 3 wires, red, white, and yellow.
Providing its wired up the same, then the red will go connection 6 and white connection 5.
The yellow will go either 1 or 2, but which one?


Update, inside the handbrake itself there are 3 wires.
On the pedal side of things, I cant tell which are in use or not.
I might just connect the red and white as they originally were, then just guess with the yellow putting it on connection 1, and if not right re-do it to connection 2.​
Last edited: Jan 17, 2019 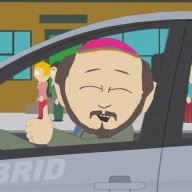 Did you check that the 3,5mm plug actually is connected as:

I wouldn't trust the wire colors without checking.

Have you re calibrated it in the fanatec properties page?

RaceWasGood said:
Did you check that the 3,5mm plug actually is connected as:

I wouldn't trust the wire colors without checking.
Click to expand...

No, I couldn't find my multimeter to check continuity.
I have ordered one from Amazon to come today, so will check later.
I did trust the colours on the off chance they were correct though.


WhippyVan said:
Have you re calibrated it in the fanatec properties page?
Click to expand...

Its not activating at all in the Fanatec properties page.
Its showing up, but when I pull it the bar graph doesn't move at all.

But have you tried to calibrate it even when it won't show up just trying to use it?

Got a low voltage torch bulb or something? can use that to work out where the wire connect to the 3.5 jack with some dicking around and a battery. You could even just try different wiring combos like swapping the +ve and GND noted above, as it is just a pot you are not going to cause you pedal PCB to blow up if you get it wrong*..

Actually I forgot how to calibrate it.
I started the desktop Fanatec program up and it shows the pedals and handbrake.
The pedal sliders move as they should but the HB doesn’t move at all.
I will try later when I finish work.

RaceWasGood said:
Did you check that the 3,5mm plug actually is connected as:

I wouldn't trust the wire colors without checking.
Click to expand...

So I have connected them as...

And its still not working in the Fanatec properties.

I am thinking now is the wire going to no.2 more important than I originally thought, even if it is just shorted to pin no.1

Who is the member on here who works for Fanatec? I wonder if he can shed any light on it? 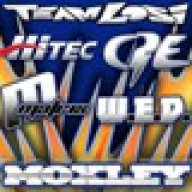 Ask in the Fanatec thread there's a few employees who monitor,

Or just find your multi meter...Lol

I have got a meter now and the plug and connector are connected on.

Have you tried it with pin 2 shorted?

Not yet.
Will need to think of a way on how to short them.
K

Hi, have You resolved Yoour problem?
I can't seem to get things work to.
I connect everything like it says, but fanatec doesn't recognise singal...

I ended up just buying a proper lead and it now works fine. 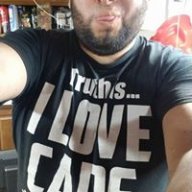 Have u tried the multimeter and see which color lead goes to what color on both sides? Im trying to built mine too, any help will be appreciate
You must log in or register to reply here.
Share:
Facebook Twitter Reddit Pinterest Tumblr WhatsApp telegram Email Link
62 comments
DAKAR 21 | First Preview Images Revealed
105 comments
rFactor 2 | New Build Update Released
27 comments
One To Watch | Fun Things To Do In Sim Racing by Mike at Simracing604