Does Better Hardware Make You a Better Driver? 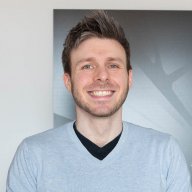 I got a request to post my comparison of a "low budget" vs. a proper direct drive setup here, so here we go:


And since it has come up so much in the comments: Why am I calling that 640€ setup "low budget"? It's true that it's more of a mid range wheel, but there's a couple of points to be made here:
- I bought that wheel 5 years ago for 360€, and for some reason it has become more expensive since
- You can clamp it to a desk and save the 175€ for the wheel stand
- The wheel itself is in many ways very comparable to the T300, which costs around 300€ new
- You should be able to get a T500 used for around 250€. Throw in 20-25€ for a brake mod and you're all set, provided you have a low desk and couch.
Bottom line, you can get pretty much the same experience I got here at far below 640€ 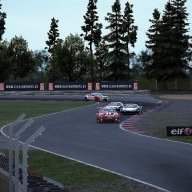 that's what i was looking for .
straight to the point well explained .
Most videos with "rig comparison" setups aren't really giving any value to see the real difference between DD and non DD steering wheels
This probably would help those new to simracing and veterans .
Reactions: LeonS 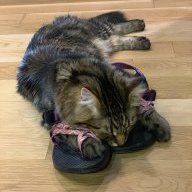 Great video, really well done. To the point, and clearly explained. Love the focus-pulls and other advanced camera tools you've used as well. Thanks for posting this. 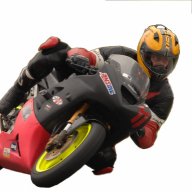 Excellent video, thank you. Better gear is for immersion, if better gear was also giving you better performance, it would show on leaderboards and we know it does not.
I am a VR driver, 100%, I did a test the other day and did not feel like having the googles on as I wanted to be able to alt tab different screen. Driving on a monitor, which I did for years prior to VR, felt so weird, I could not keep the car on the track, I was so slow it was painful. So I decided to stick to it for a few hours, sure enough, I gain my speed fairly quickly, but I did not gain back the immersion. As fast yes, but driving a car? no way, just playing a game.
Testing back in the days when I upgraded from my dfgt to my csr elite, I was actually slower with the Fanatec to start with, mind you that was in GT6, so not much details to get from FFB, but still even then the Fanatec was much more immersive.
Reactions: LeonS
You must log in or register to reply here.
Share:
Facebook Twitter Reddit Pinterest Tumblr WhatsApp telegram Email Link
23 comments
Sim Coaching Discount | Driver61 Sim Pure Pace Masterclass
30 comments
This Is Cool... New V10 R-League Esport Series
19 comments
RaceRoom | DTM 2020 Talk 'n' Drive
55 comments
rFactor 2 | 2020 Bentley Continental GT3 Arrives Wednesday