Do you mind whether your music is dirty or clean? 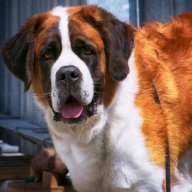 Personally, I listen to a lot of rap and hip-hop, and, we all know the lyrics they spit out are disrespectful to women and they do hurl that word that rhymes with "bigger" quite frequently.

But, I do prefer my music to be explicit and uncensored, because, that is when it is real.

This could be a subject for a very long discussion, but to keep it short: I think the key factor is whether the lyric needs it or not. You don't have to swear to make a pretty strong point, and sometimes you do. Sometimes it is even funny to swear (Tenacious D, for example, or Tim Minchin). So, it depends on the song. I've heard some pretty strong lyrics, dark lyrics, that don't swear, and some that do. And then I hear some songs I like that swear for no apparent reason and I still don't mind. If you like the music, why not. If that's what the artist wants to say, fine. It sort of depends on the message.

For example, if the song was full of swearing but was about equal rights, that's fine to me. If the song didn't have a single swear word in it but it was promoting abuse of women, I'd not listen to it. It's all about the message or idea and meaning to me, not the words they choose to tell that message.

Each to their own, of course, people may disagree that's fine. All I know is that music is damned awesome.
Reactions: Sri Sri

I believe that words have influence on the mood of human psychology as they refer to something in our subconsciousness. Rather we realize it or not, we are somehow affected.

For example, look at this scientific experiment:
http://www.masaru-emoto.net/english/water-crystal.html

It shows that words influence the shapes of water crystals. As we are mostly consist of liquid in our body, it should also affect us too. Hip hop and rap might be an affect on the aggression on the people listening. As far as i know from my friends and relatives, people who are listening Eminem and such, they have a tendency to act reckless and aggressive. Even their normal life actions are filled with motions which are sharp. But it might be a relationship vice-versa: such people tend to listen such musics, i am not sure...

I believe the current pop musics influence the children negatively. Graphic and lyrics used in those musics are extremely low leveled. And not even close to art or quality. They are mostly copies of each-other, filled with retarded lyrics and clips.

I dont believe that explicit and uncensored lyrics are more realistic. You dont need to be crude or explicit to give a message. I can give Pink Floyd as a great example. They have magnificent lyrics and clips filled with social messages, yet no foul language.

Edit: Added a fourth option which i believe is necessary for this poll, hope that is OK with you Mohammed.
Last edited: Jan 24, 2015

I wouldnt say that for example listening to Eminem makes you aggressive.
If i listen to music which sounds really aggressive and in overall is quite direct or hard, than it's mostly to turn down aggressions. Like instead of letting aggression out on people you can release it while listening.

And the pop-music is just the bigget crap i have ever heard, i am disgusted by it.
Its just about the money, no meaning behind the songs, no soul, nothing. And i do not understand why so many people are listening to it.


Edit: The voting is quite interesting atm.... Each answer has one vote

Benutzername said:
I wouldnt say that for example listening to Eminem makes you aggressive.
If i listen to music which sounds really aggressive and in overall is quite direct or hard, than it's mostly to turn down aggressions. Like instead of letting aggression out on people you can release it while listening.
Click to expand...

Yet you can't deny each genre influence the atoms inside our body differently. Maybe not aggressive, but something else. If you checked out the link, you can see that Metal music twisted the water crystals while the softer ones made their shapes beatiful. But as beauty is accepted as an subjective term, i can't argue with you there.

As a massive massive Pink Floyd fan, I have to just point out @Omer Said that there is some foul language in some of Pink Floyd's stuff.

Those are just off the top of my head.

Also the water crystals thing isn't actual science, it is pseudo-science. See Wikipedia. Not criticising you at all, nor wanting a debate, nor saying it is true or not, just pointing out that it's not a scientific opinion. The time to accept something as true is when evidence supports it.

Commentators have criticized Emoto for insufficient experimental controls and for not sharing enough details of his approach with the scientific community.[9][15][16] William A. Tiller, another researcher featured in the documentary What The Bleep Do We Know?, states that Emoto's experiments fall short of proof, since they do not control for other factors in the supercooling of water.[17] In addition, Emoto has been criticized for designing his experiments in ways that leave them prone to manipulation or human error influencing the findings.[9][11][18] Biochemist and Director of Microscopy at University College Cork William Reville wrote, "It is very unlikely that there is any reality behind Emoto's claims."[9] Reville noted the lack of scientific publication and pointed out that anyone who could demonstrate such a phenomenon would become immediately famous and probably wealthy.[9]

Writing about Emoto's theory in the Skeptical Inquirer, physician Harriet A. Hall concluded that it was "hard to see how anyone could mistake it for science".[4] Commenting on Emoto's ideas about clearing water polluted by algae, biologist Tyler Volk stated, "What he is saying has nothing to do with science as I know it."[3] Stephen Kiesling wrote in Spirituality & Health Magazine, "Perhaps Emoto is an evangelist who values the message of his images more than the particulars of science; nevertheless, this spiritual teacher might focus his future practice less on gratitude and more on honesty."[11]

Emoto was personally invited to take the One Million Dollar Paranormal Challenge by James Randi in 2003, and would have received US$1,000,000 if he had been able to reproduce the experiment under test conditions agreed to by both parties. He did not participate.[19][20]
Last edited: Jan 24, 2015

I prefer normal music and songs. But call me old fashioned and traditional.
I see no need for any foul language, but we live in a world where the youth see it as normal and hence the morals of normal society get broken down some more.
I have various tastes of music from Queen to Jonny Cash, from Led Zep to T rex. But I completely refuse to listen to hip hop, club, boy bands, xfactor rejects (read karaoke tv), trash metal etc etc etc.
I suppose some music is geared up to be attractive to certain types that are easily led, just like some religons brain wash some people that do not have an open or intelligent mind.

Nox said:
As a massive massive Pink Floyd fan, I have to just point out @Omer Said that there is some foul language in some of Pink Floyd's stuff.

Those are just off the top of my head.
Click to expand...

Oh i did not know most of them, thanks for the info
I think these are nearly all of them in a collection of huge lyrics though (or not? ). I would not call them a foul-mouthed band just for these. What i focus on are the ones fill their lyrics completely with explicity.

I downloaded This Isn't Everything You Are by Snow Patrol, which had a verse with the f-word in it. I then opened up Audacity and removed that verse.

Basically I'm not a fan. The worst thing is raps on normal pop songs and radio edits. For example, Wiz Khalifa on Jason Derulo's Talk Dirty, there's so many swears and sexual references, you only hear about half of the words on the radio edit. I went to Spain and heard the full version being played on the radio and I felt sick, it was disgusting what he was saying. It's not needed on single releases.

Since I'm huge fan of Black and Death Metal, extreme lyrics comes with the territory so to speak.
And I don't mind it at all. I see myself really open minded, and I know the difference between fiction and real life.
As an extreme musician myself, I have written a few lyrics that my mother would faint from if she heard them.

Most of the time, it comes down to what type of music it is.

Personally I dislike foul language, I do my best not to use it myself, and I would rather not have to listen to more of it in my music. Occasional swearing isn't so bad, but why do some artists feel the need to use it more and more? You end up with songs on the radio that are more *bleep* than lyrics.

@Mohammed Abidi, why do you think lyrics are "more real" just because they use profanity? I don't get that at all. I certainly don't need to swear just to explain myself to someone. If I start swearing at you, it means that I've lost control of myself, and that won't help either of us.

And there have been proper psychological studies done showing the link between aggressive music, which normally contains profanity, and heightened aggressiveness in the listeners.

And don't get me started on the hate filled and misogynistic world of hiphop, sorry, that makes me sick.

Tim Ling said:
And there have been proper psychological studies done showing the link between aggressive music, which normally contains profanity, and heightened aggressiveness in the listeners.
Click to expand...

Sorry, but this is false. I can only speak for myself, and for those I know in real life (friends), but none of us has ever done any aggressive action, by listening to aggressive music.
In fact, in many cases, it's the exact opposite. Someone might had a bad day at work, they come home, put a brutal or aggressive CD in the player, and then just sit down and slowly get calm.

It's like saying that violent video games breeds mass murderess, which is also false.
However, you might get inspiration or courage, but the seed is already planted.
They will commit the crime regardless of listen to music or playing games.

@Daniel Linder I never meant to suggest that listening to metal and/or hiphop will make you a mass murderer, so I'm sorry if I came over that way I know a few metal heads, and they are nice people in general.
You must log in or register to reply here.
Share:
Facebook Twitter Reddit Pinterest Tumblr WhatsApp telegram Email Link
13 comments
RaceRoom | DTM 2020 Talk 'n' Drive
45 comments
rFactor 2 | 2020 Bentley Continental GT3 Arrives Wednesday
23 comments
iRacing | Season 4 Patch 1 Released
4 comments
Barcelona Calls | Ferrari Hublot Esport Race This Evening (+ How To Watch)