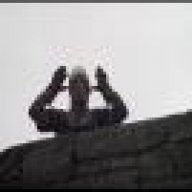 CTC, Concept.Track.Creation. brings the nearly completed 'Schenley Park' to rFactor, and will be looking for beta testers. This short, but very fast, road course is perfect for the mid-sized cars. CART and F-1 can run it, but the length is better suited to mid sized cars and speeds. Off-camber corners, blind entries and exits, 2 straights and some bumpy patch work bring this track to life. Built on a WWII airstrip in the late 40's, Schenley Park has seen many forms of racing, including some of the greatest names in motor sports. Closed in the late 60's, the track sat empty and neglected for nearly a decade, until some investors purchased the land. Finding the old tarmac in the middle of a field sparked the interest of the new owners, and, after researching it's history, they decided to resurrect the track. In 1978, Schenley Park re-opened with it's first race drawing a crowd of about 1200 people. But it grew. Today nearly 10,000 people fill the infield and new grandstands, and races have been held there ever since.