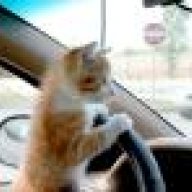 Right now I own Race On, and GTR-Evo. Race ON came with STCC and WTCC at least I think that's correct but anyways I have all of them in my selection screen. My problem is, and I have installed both the Steam version and the offline version, the skin on the Chevy WTCC car is glitchy. It seems like there are two versions of the front and rear bumpers one of which is the predominant but the other one coming in and out of visibility from time to time. One have a large Chevrolet across it while the other has 2 small Chevrolet badges if I remember correctly. I only have a problem with this particular car, the blue one to be exact. Anyone know how I can fix this? Other then that the game is great but it makes me not want to race in that class of vehicle.
You must log in or register to reply here.
Share:
Facebook Twitter Reddit Pinterest Tumblr WhatsApp telegram Email Link
16 comments
F1 | Ferrari Boss Binotto Has "Concerns" Over 2020 SF1000
43 comments
Nico Hulkenberg - The Forgotten Man of Motorsport?
20 comments
F1 Testing | Day 2 - Forza Kimi!
63 comments
F1 | Mercedes Running Controversial Steering System In Barcelona
26 comments
MotoGP 20 | Release Date April 23rd + New Trailer
Top Bottom