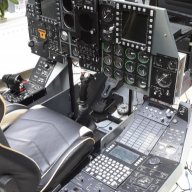 Hi all, with the recent acquisition of a new CPU for my gaming rig, the usual flow down of parts is starting where I upgrade my son's PC with any better parts and then those to upgrade the wife's desktop etc.

Most is pretty clear but my workday desktop runs on an old (2011) vintage i7 2600 processor on an Intel DH67CL mobo, and the spare CPU from my son's gaming desktop is an i5 6400 on an ASRock Z170 Pro mobo . For me it is not clear which is the best CPU to have, although clearly the DDR4 RAM on the later mobo must be better. However it is not a gaming PC, so would I really be gaining anything worthwhile over a perfectly functional PC?

Another question - I still have not weaned myself off Solidworks, with my SW2008 installation functioning on an old Dell E6400 laptop running XP, which is required for SW2008. As you cannot now convert SW files to Fusion360 compatible files, I still need to use SW, and actually prefer it in many situations despite it's peculiarities. What is the latest type of CPU and motherboard type that will run XP? The laptop is slow and crashes if you get too complicated with the assemblies, and (stupidly) I gave away a good Core2Duo rig before coming to Hungary that would have been ideal.
***line below edited to clarify intent***
Any ideas on a more capable dedicated rig that is XP compatible so that I can improve the SW2008 performance would be appreciated (VM box aside - tried it and it was nothing but pain...!) 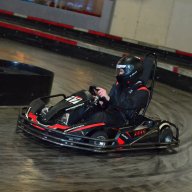 It's not clear to me what's your main goal, if you want to use old parts, or just simply build a new PC.
Between the I7 2600 and the I5 6400, the 6400 is clearly better and uses a more modern platform (DDR4 etc.) than the 2600, which will allow you to make upgrades easily. Regarding it's update, the inclusion of a new capable GPU would probably not give you the performance expected, since the CPU would probably be a bottleneck for it (it all depends on the usage). Upgrading the CPU on that platform (not sure of the prices for used CPUs) I supect that it wouldn't give you much gains (assuming you would upgrade the GPU for gaming) and you would be wasting money on such an upgrade.
I guess in the end it all depends what you want the PC for.

Regarding the usage of Windows XP, I looked around and saw people using Ryzen 3000 (and previous generations) with it. Taking that into account and the fact that you want a PC for SolidWorks, I would say a Ryzen CPU would be the best bet for it.

Please give us more details regarding the usage, how much you want to spend, etc.

Thanks - the dedicated rig question at the end was for the Solidworks usage, I was not clear in my original post. I will edit it to clarify this.

As for the parts usage for the old parts, I am not not looking at spending any money, just maximising the use of what I have. I am not interested in any more upgrades, I have my dedicated gaming rig working fine after getting a new good CPU cheap, so rather than put the 'old' i7 8700K from the rig in a box somewhere I improved my son's gaming PC from an i5 to an i7 for free. After that, what is left over will be frankensteined to improve the other PC's around the house

So, if I understood correctly, you now have a 6400 and a Z170 laying around (since your son's computer was upgraded to a 8700k) and also a 2600 that you would like to use in order to improve other PCs around the house.
If you're trying to decide which one of the platforms to maintain, clearly the 6400. Like I said in the previous post it's a more recent platform and compatible with more modern components (like DDR4 for example), which will allow you to pass other components from the actual PCs to it.

Compatibility with XP using modern hardware will probably require some tweaking. Like I said, for Ryzen I already saw some reports of people doing it, for Intel didn't found much.
Core2Duo or Core2Quad might be the best bet in terms of compatibility.

Thanks again. I'll see if I can get a second hand Core2Quad, maybe swap it for some newer and better stuff that I have!

Hi guys, a knock on question. Having inherited a 1070TI card from a guy lucky enough to get a 30 series card, I want to best use what is left. My two sons have virtually identical PC's that have 1060Ti cards, and one of them will get the 1070Ti. What I want to know is whether two 1060ti's in crossfire is better for their (non racing or even sim) games. They are COD, CyberPunk, GTA type games. One of their PC's got the cascaded i7 8700 CPU, if that makes any difference.

SLI is not officially supported on the 1060 series. You can still use them both without a bridge I guess.
Now regarding the question if it's better, I think it's a big no honestly. SLI is basically dead and current games don't take advantage of it (you can see that Nvidia only has it on 3090s for the current generation), so in the end you'll just spend more energy without much benefit.
Maybe you would gain more in selling both of them and buying a 2060 for example.

I don't know what's the other CPU in question, but a 1070 will probably be the bottleneck and not the CPU.

Cool, thanks - selling them sounds like a good option. I must admit that I have always heard that SLI never lived up to expectations

Lesthegringo said:
Cool, thanks - selling them sounds like a good option. I must admit that I have always heard that SLI never lived up to expectations

SLI is for when you need more performance than there currently is available on a single card.
Like 2x 980ti for project cars back then on 4k triple monitors.
Sometimes SLI works nice, sometimes it doesn't work at all..
For most games you'd need to go into the nvidia inspector and try different, in forums suggested "SLI Custom Bits" that will reset on every driver update.

Sometimes, when it works, you gain 10%, sometimes 70%.
What you always get: a lot of heat and some issues like microstuttering (both GPU modules share the same memory...).

Just a few words about SLI...
GPUs are currently going away for good money so yeah, selling what's left over would be my guess!