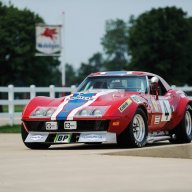 the previous time some months ago when I've installed the game it worked.

I've got the xi.win7 driver installed, a controller config from that I love (better 1:1 config), and I tested it in GTR2 and it still recognized the rumble. I've tried messing with all the ffb settings in the menus. joystick, wheel, gamepad, multipliers and smoothing and nothing provides even an ounce of it working. I've even went with default 360 pad configs and everything.
I've tried forcing steam to not use steam bindings, doing the opposite, and leaving it at default.
I reinstalled the game after deleting all the files manually (after uninstalling in steam) unsubscribed all mods, then reinstalled, still no rumble. It detects 360 controller. I have the rumble patch that every google search turns up for xinput. It still works in gtr 2. Nothing in rfactor. Anybody know what's going on?
I'm running windows 10. Project Cars also still works flawlessly with rumble along with gtr2
You must log in or register to reply here.
Share:
Facebook Twitter Reddit Pinterest Tumblr WhatsApp telegram Email Link
38 comments
Nico Hulkenberg - The Forgotten Man of Motorsport?
20 comments
F1 Testing | Day 2 - Forza Kimi!
60 comments
F1 | Mercedes Running Controversial Steering System In Barcelona
22 comments
MotoGP 20 | Release Date April 23rd + New Trailer
37 comments
RaceRoom | New Update And Zhejiang International Circuit Released
Top Bottom