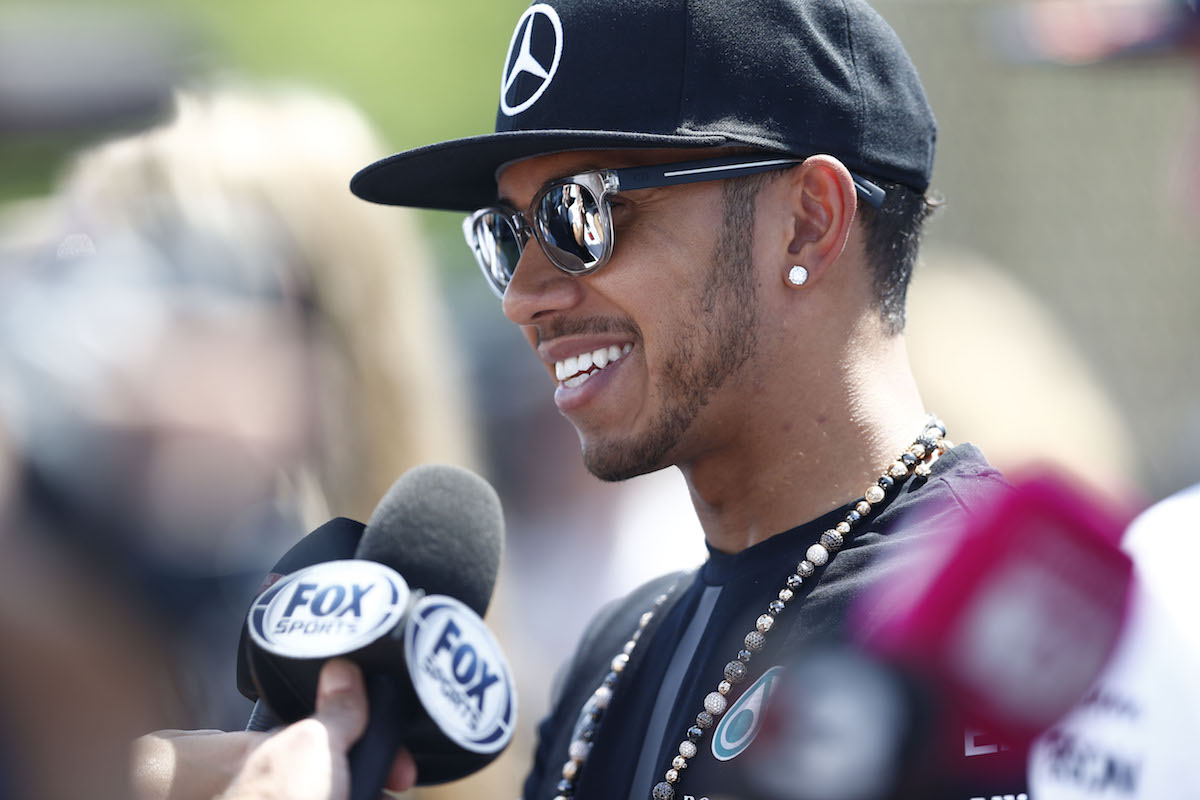 Lewis Hamilton - who has only started outside the front row once in Canada - sets the pace yet again in 2015 despite spinning at the final hairpin right in front of Nico Rosberg.

Lewis Hamilton may have topped the time sheets, 0.415 seconds ahead of team mate Nico Rosberg during FP1 at the Circuit Gilles Villeneuve, however it wasn't a problem free opening session for the Championship Leader who had a spin at the final hair pin whilst he was setting purple sector times. Hamilton also seemed to be suffering from some major wobbling on his rear left wheel, which at first appeared to be a lose wheel however his wheel stayed attached to the Mercedes W06. Hamilton reported over team radio an upshift issue also.

Mercedes overrall look a cut above the rest here though as Rosberg in second was over one second ahead of third placed Romain Grosjean. The team have some new engine parts, which are not upgrades, but actually able to improve engine reliability which do affect engine performance as they're now able to run on higher power for longer.

Jenson Button didn't have a start to the weekend he'd have liked, as he was the first car on track and immediately ran into a problem that put him in the garage for most of the session. He reported over team radio that he was stuck in second gear only two minutes into the session, 45 minutes later the 2009 World Champion was back out on track after the gear issue was caused by a software issue. Button went on to complete 25 laps and set the fifteenth fastest lap time.

Daniel Ricciardo also had his own problems in FP1, with the Red Bull team working on rebuilding the Australians brakes on his car after reporting an issue with them.

The Canadian circuit is a very power focused circuit, which is reflected in the time sheets as six out of the top ten drivers were using Mercedes power. Also lap times may also not be truly representative of drivers true performance right now as the Circuit Gilles Villeneuve is a semi permanent circuit and so the track was very dirty at the beginning of the session and so times can only be expected to tumble in FP2.

Reactions: Andrew
You must log in or register to reply here.
Share:
Facebook Twitter Reddit Pinterest Tumblr WhatsApp telegram Email Link
4 comments
Community Question | What Do You Like The Most About Sim Racing?
41 comments
I take on Jimmy Broadbent, Chris Haye and Jardier in GT4's in Assetto Corsa Competizione
205 comments
Community Question | What Racing Series Would You Most Like To See Made Into A Sim?
65 comments
2020 Styrian Grand Prix | Driver Of The Day: Vote Now
126 comments
2020 F1 Aust.... Styrian Grand Prix Discussion Thread