Honda are up for sale after the Japanese manufacturer announced earlier this month that they are pulling the plug on their F1 operations due to the economic global crisis. Senior executives Ross Brawn and Nick Fry have been given until the end of January to find a new owner.

According to Italian newspaper La Stampa, Slim - worth about US$60billion according to some experts - visited the team's Northamptonshire headquarters 10 days ago.

"The saviour has arrived: Carlos Slim, 67, the second richest man in the world," the paper said.

"The news is not official as all the details have yet to be formalised. But two things are certain - the team has been saved and the drivers will be Jenson Button and rookie Bruno Senna will place of Rubens Barrichello."

Senna, the nephew of former triple world champion Ayrton Senna, is sponsored by Embratel, which is part of Slim's Telmex group.

Barrichello's contract with Honda ran out at the end of this season while Button only recently signed a new long-term deal with the company.

Former team director David Richards and the Kuwait-based Investment Dar Company have also been mentioned as possible buyers of Honda, but nothing has come of it yet. 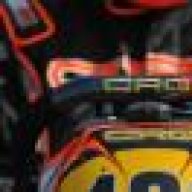 Will be good a combo if it all goes through and nice someone has saved the team. 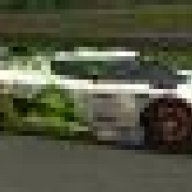 13 hours ago
MEXICO CITY (AP) — The Telmex racing team owned by Carlos Slim has denied reports the Mexican billionaire will buy Honda's flailing Formula One outfit.
The Telmex team said in a statement that Slim "has not bought, nor is negotiating to buy, the Honda Formula 1 team, and thus all reports in that sense are baseless and completely false."
The statement was posted on the team's web site Sunday.
The Italian daily La Stampa reported Saturday that Slim planned to buy the Honda team after the Japanese automaker announced earlier this month it was pulling out of F1 racing because of the escalating crisis in the automobile industry.
Telmex races in Formula 3 and other series.

Lets wait and see what comes out of this.
They still have time.
C