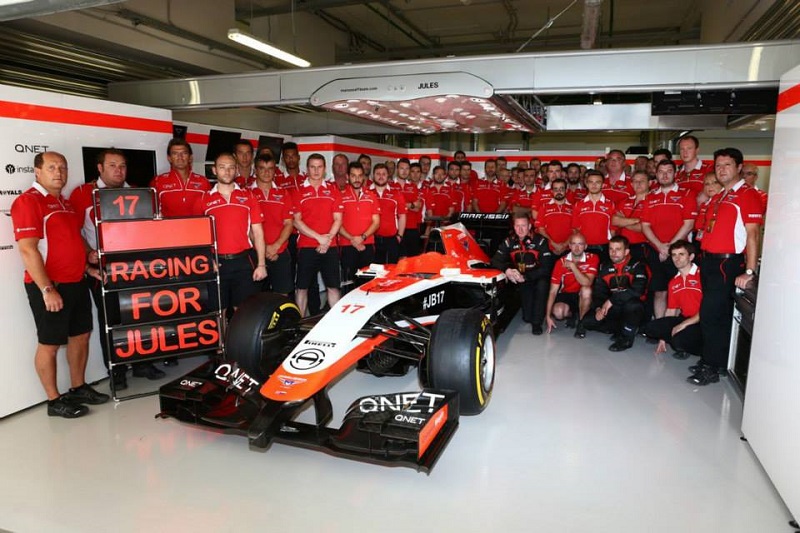 After a period of little news on the condition of Jules Bianchi, his family yesterday released an update on his latest condition, which thankfully Jules is showing signs of improvement and recovery from his horrible injuries suffered in last month's Japanese Grand Prix.

The latest statement claimed Jules was now out of a medically induced coma but is still unconscious, however is now breathing unaided according to their encouraging statement. The other major news from the statement was that Bianchi will move from the Yokkaichi hospital in Japan to the Le Centre Hospitalier Universitaire de Nice.

The families latest statement included " Jules is no longer in the artificial coma in which he was placed shortly after the accident, however he is still unconscious, He is breathing unaided and his vital signs are stable, but his condition is still classified as 'critical'. His treatment now enters a new phase concerned with the improvement of his brain function."

It later when on to add " We are relieved, therefore, to confirm that Jules was transferred aeromedically last night from the Mie Prefectural General Medical Center in Yokkaichi, Japan, to Le Centre Hospitalier Universitaire de Nice (CHU). Jules is now in the intensive care unit of Professors Raucoules and Ichai, where his care will also be monitored by Professor Paquis, Head of Neurosurgery Service."

Finally the family also thanked all the staff at the Mie Prefectural General Medical Center, who treated Bianchi in the aftermath of his injuries. They said "We are thankful that the next phase of Jules' treatment can continue close to home, where he can be surrounded and supported by his wider family and friends. We have nothing but praise for the outstanding care provided by the Mie Prefectural General Medical Center since the accident. We owe the medical staff there an enormous debt of gratitude for everything they have done for Jules, and also for our family, during what is a very difficult time for us."

From here hopefully the next stage of Jules Bianchi's recovery will provide further good news, with this latest development being another step to recovery for Jules, with everyone in the motorsport community hoping for further good news on his conditions in the future.

Finally some good news regarding Jules. Lets hope this is a first step towards a full recovery.

Good to hear that Jules is making progress, even if it's just a tiny bit!

This is brilliant news. A step in the right direction. #ForzaJules

Good news. #ForzaJules
You must log in or register to reply here.