ATCC Round 1 @ Mosport: Race in Review

"Mission ATCC-S1, you are clear for departure and all systems are go..."


The American Touring Car Championship, RD's newest Touring Car league, left the gantry last night and blasted for the stars as Round 1 at Mosport got underway.


This particular track, a bucking, diving, insanely fast stretch of tarmac in Canada, played host to the F1 Canadian Grand Prix in the 1970s. Now used for the American Le Mans Series, the Mighty Mosport - albeit a virtual representation of it - was used as the battle ground for 25 racers from all over the world. The seemingly simple track took its fair share of casualties, and awarded those who could string together laps - as we shall see...


The field during Qualifying, as can be expected, was amazingly close - people as usual were separated by no more than thousandths of a second in some cases.


Unfortunately, Mosport (or rather, the server it was running on) took its first victim before the racing even began. Rhys Gardiner, who had qualified a respectable 5th, was having syncing troubles with the server, and was forced to reluctantly watch from the sidelines as proceedings were carried out.


Race 1 got off to a fine start. Everyone got through lap 1 as clean as can be, with Keith Barrick leading the way by a sizeable margin. As it turned out, he wouldn't move from that position. The first racer to succumb to problems was John Sydenstricker, pitting with mechanical problems at the end of Lap 3. Gulf Racing's Abdul Ahmed, who was holding P2, was being pressured by Bon Accord Ultimate's Brandon Lawson. Eventually, the pressure became too much forAhmed and he locked his brakes at the scary Moss corner, handing Lawson the second spot on the podium for a certain number of laps. However, the Briton in the blue and orange Honda would eventually take back P2 later in the race.
The Race 1 finish was just as exciting as the action before it - see screenshots for details on the latter. Keith Barrick could not be touched as he cruised home to take a dominant victory, but it wasn't over yet. Brandon Lawson, who had dropped to 5th by the end, suddenly ran wide onto the grass at the final turn on the last lap, handing Marcel vd Aa 5th, and Will Marquez 6th.


The Race 2 grid - minus Rhys Gardiner, who failed to make the grid for a second time - got off to a start just as good as Race 1. Gardiner, who was taking a leisurely stroll around the track, didn't hesitate to whip out his camera, and take a shot of the majestic sight that was 24 S2000 cars dipping into Mosport's second turn. The field was incredibly close, with Brandon Lawson leading by the end of the first lap. Battle upon battle was being fought out all through the field. When it came time for the mandatory pit stops that are a fixture of these races, Lawson lost his lead. Missing his pit stall and having to reverse back into it, the Bon Accord driver (along with Adam Vaughan, who also messed up his stop) left the door wide open for Keith Barrick to take the lead again. There Barrick stayed.
With 2 laps to go, Lawson dropped away yet again, losing the car on lap 14 and going down to 5th. But the star of the event, Keith Barrick, had no problems, nailing his pit stop and taking victory again. This gave him the overall win for round 1, and the championship lead coming into round 2.


Speaking of round 2, a look ahead is in order. This round of the championship will be contested at Edmonton Airport next week. The short but speedy runway track will no doubt produce racing just as good as that at Mosport. See you guys at Edmonton, and congratulations Keith Barrick!

NOTE: If you find any innacuracies contained in this article, please do not hesitate to contact Rhys Gardiner through RaceDepartment's private messaging system. Have a good day... 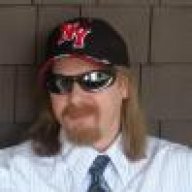 Are you kidding me?! This Game has Mosport! I'm buying it...

I run this Track on Track Days and watching the suspension on the cars, Mosport is 99.99% accurate. I just made 2nd. in my Class, I must have this Game! 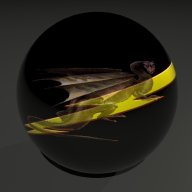 Congrats Keith, glad to see you are still putting down the rubber and staying ahead

Damien Walczak said:
Are you kidding me?! This Game has Mosport! I'm buying it...
Click to expand...