Are my pedals damaged?

Hi. I went for a long time without playing any sims (rF2 is the one I use) and recently decided to get back into it. One some occasions going down the straights the car lost power/struggled to accelerate. At first I thought maybe the game was simulating a technical problem with the car I was using, but it happened in other cars too.

Then I noticed the cable from the pedal unit had some damage to it:

This has been caused by the way I store it. It's attached to a board with a slot for my chair wheel to go in (to stop it rolling):

There's hardly any clearance at the back. When not in use the pedals have been left like this:

Until recently I had a hard floor, which meant there was nowhere for the cable to go.

Does anyone think the damage to the cable could explain the loss of power in game? If the signal's being interrupted the game could interpret it as me getting off the power. Or is that purely cosmetic? 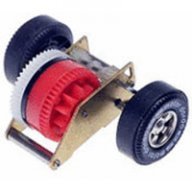 It's possible, but my first guess would be dirty/dusty pots in the pedals. Get all the dust out of there with one of those air-duster-spray-cans and press and depress the pedals until it gets better. (Here's hoping it get's better)

Your advice is appreciated, but I haven't gotten around to trying it yet. Just wanted to make it clear that I haven't forgotten about this.

Bump, it's only been 6 months, but I finally felt like doing some driving. I took the pedals apart to see if there was anything noteworthy. There were some hairs and dust in there but nothing that looked like it would interfere with things. Nevertheless I removed what was in there, but I still had the problem back in game.

I'm not sure why I didn't spot this when it first occurred, but the problem is the brake. When I lost power I found that briefly dabbing the brake pedal allowed normal acceleration to continue.

I solved it by editing the controller settings in rFactor2 and editing the min point at which the brake is activated (i.e. a deadzone for the pedal): 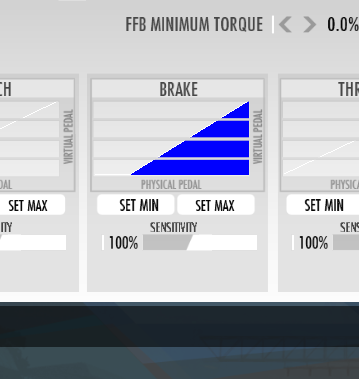 I did quite a few laps and had no power loss problems. There may be a slight loss if fine braking control but I'm not a sensitive enough driver to notice

With the pedals disassembled I took the opportunity to file around the cable hole to give it more room and a rounded edge and found a soft pad to rest them on when not in use.
Last edited: Dec 28, 2019
D

Don't forget you could increase the top deadzone for the accelerator just in case it was something with the gas pedal not being aligned with its sensor
You must log in or register to reply here.
Share:
Facebook Twitter Reddit Pinterest Tumblr WhatsApp telegram Email Link
14 comments
ACC Custom Livery Workshop Live Stream With Boonatix
66 comments
DAKAR 21 | First Preview Images Revealed
123 comments
rFactor 2 | New Build Update Released