The new build is something of a substantial release from SCS Software, adding a raft of new features and content to the title following a period of open beta testing by the dedicated truck sim driving community.

Highlights from the latest build, a release that maintains the incredible level of attention to detail and polish expected of a studio the quality of SCS Software, includes a new "diversion" feature, where established routes within the virtual world can dynamically have temporary closures and force the player to select alternate paths to their intended destinations... yet another very cool nod towards authenticity for which SCS have made one of their key targets with both this and the slightly older European Truck Sim 2 title.

Other notable changes as part of the update include a new road layout within the Oregon DLC region, improved weather effect on windshield rain presentation and some reasonably noteworthy improvements to the game physics, as detailed below: 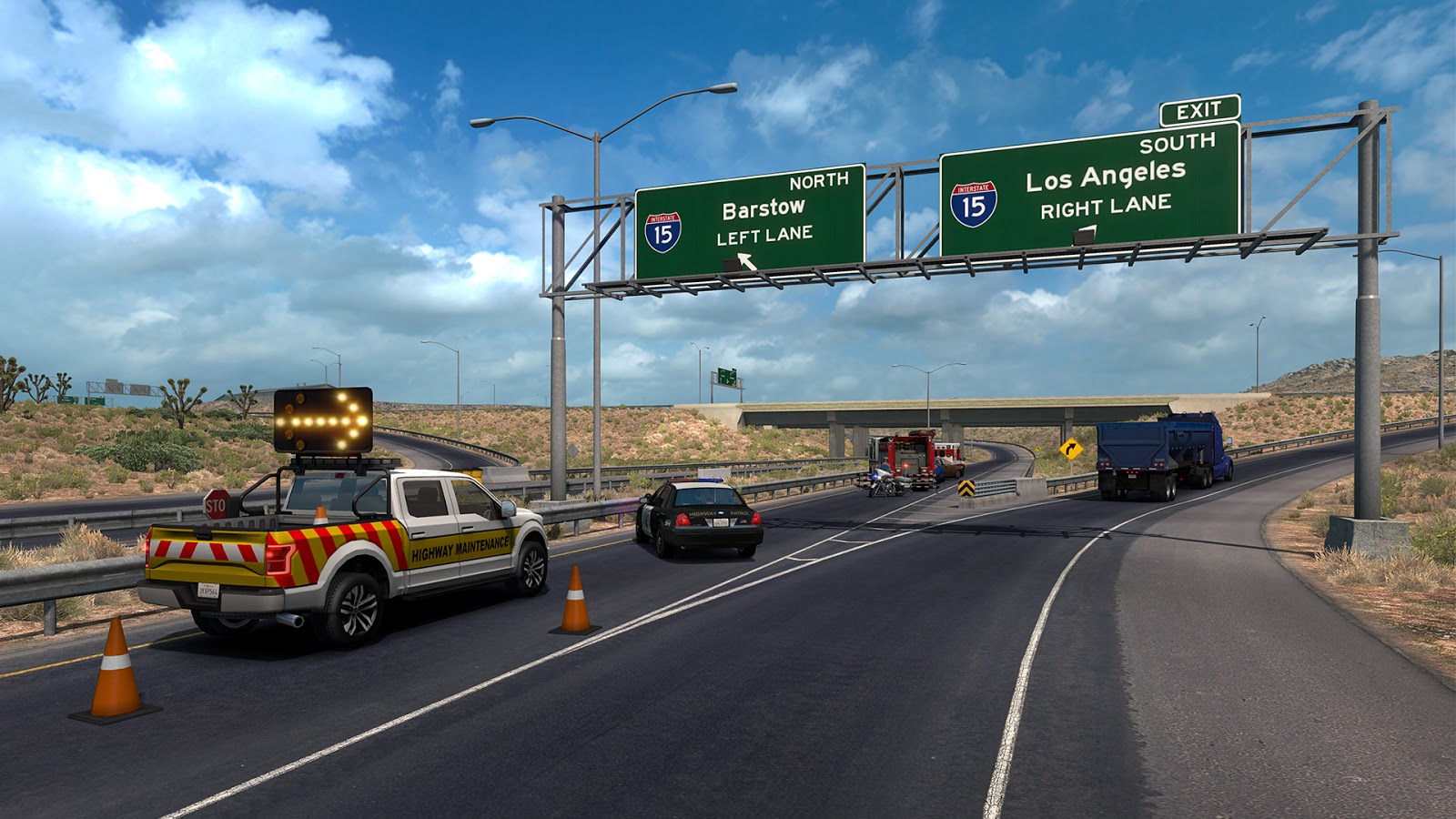 I still prefer the European counter part, but I might get back to this one too, to see the updates up close
Upvote 0 Downvote

Detours are no issue for the Haulin' Ass Trucking driver. We don't lose time, traffic laws be damned.
Upvote 0 Downvote

Detours was a huge feature missing from the American version as that is very common in real life.
Upvote 0 Downvote
F

Wonder what will happen if you try to go through a closed road, accident, ghosting?
Upvote 0 Downvote

OR-140 is a welcome addition. Navigating east/west between southern Oregon locations was quite time-consuming before.

Pleased to see this game coming along so nicely. Much prefer it to Euro Truck.
Upvote 0 Downvote

James Cook said:
OR-140 is a welcome addition. Navigating east/west between southern Oregon locations was quite time-consuming before.

Pleased to see this game coming along so nicely. Much prefer it to Euro Truck.
Click to expand...

It would also be nice if they added OR-140 between Medford and Klamath Falls. That is the quickest way to get to Central and Eastern Oregon in real life.
Upvote 0 Downvote

When are they going to alter the scale? Any one know?
Upvote 0 Downvote

Andy_J said:
When are they going to alter the scale? Any one know?
Click to expand...

You mean the map scale? It happened two years ago. ETS2 and ATS are on the same 1:20 scale.
Upvote 0 Downvote

johnnymat said:
It would also be nice if they added OR-140 between Medford and Klamath Falls. That is the quickest way to get to Central and Eastern Oregon in real life.
Click to expand...

Let's hope. Would make a lot of sense.
Upvote 0 Downvote

I've been playing these games on and off for a good few years, and a detour made me late for the very first time.

I'm very much intrigued by this as a wake-up call to force some actual navigation rather than relying on the GPS; makes things a good bit more exciting!
Upvote 0 Downvote

Does any trucker get excited about driving into Los Angeles?
Upvote 0 Downvote
You must log in or register to reply here.