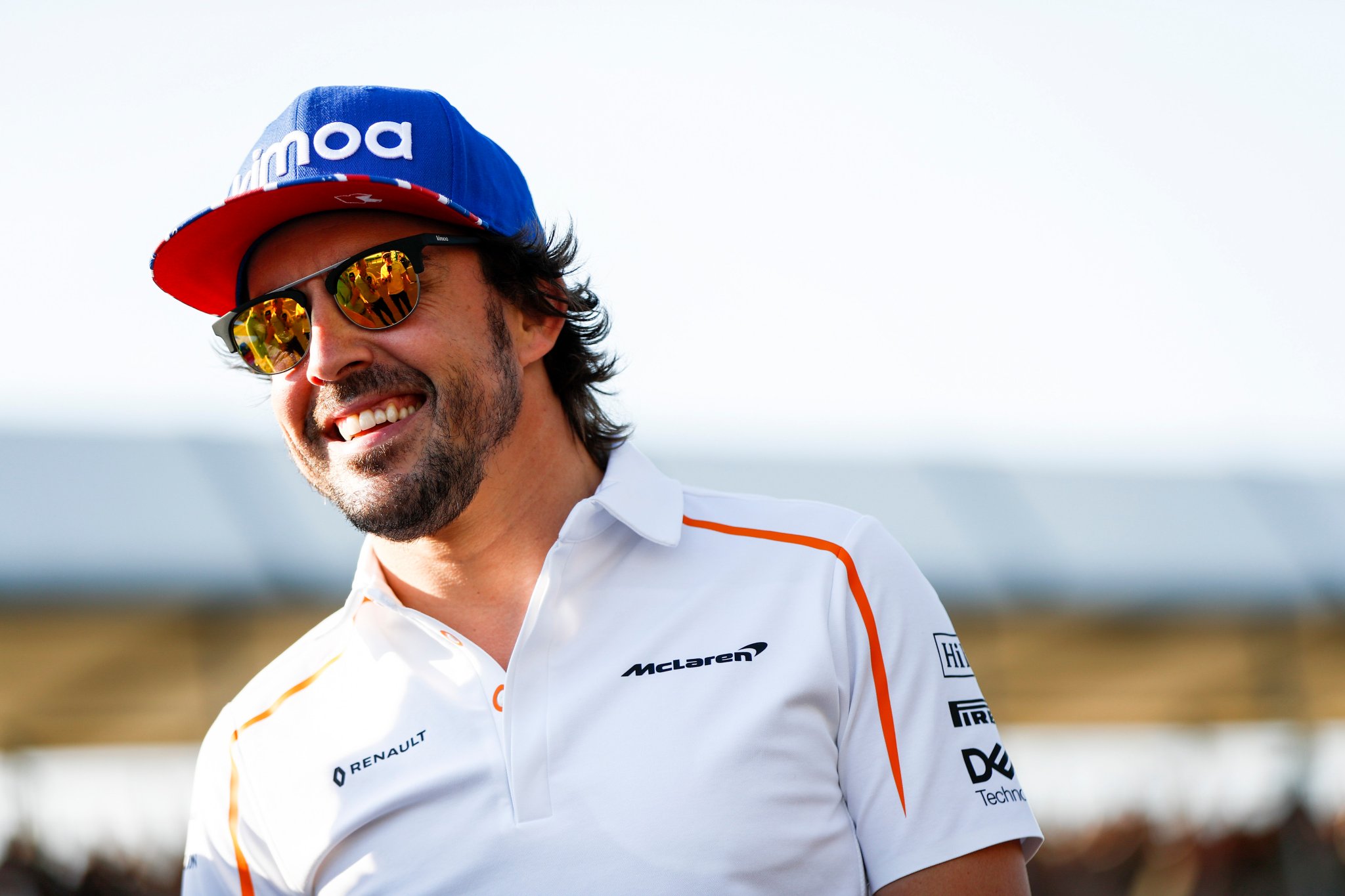 Retired double World Champion Fernando Alonso will return to Formula One next week, the Spaniard set to drive for his former McLaren team during the in-season Bahrain test.

Having walked away from active Formula One driving duties at the end of 2018, but staying on as a contracted McLaren driver and ambassador, Fernando Alonso will return to the Formula One cockpit for his first experience of a 2019 Formula One car next week.

Alonso has agreed to drive for the team during the in-season Bahrain test session beginning on the Tuesday following the Bahrain Grand Prix, as McLaren continue to try and understand their new Renault powered 2019 MCL34 Formula One car. The Spaniard will take part in both days of running for McLaren, enjoying a full day behind the wheel of the new machine on Tuesday before the British team split running between the 32-time Grand Prix winner and new recruit Carlos Sainz on Wednesday.

Although behind the wheel of the current Formula One car, the testing undertaken by Alonso will form part of McLarens commitment to tyre supplier Pirelli, and as such the programme will be dictated by the Italian tyre manufacturer for the duration of Alonso's time behind the wheel.

McLaren will also run Sainz and Norris in a more traditional test programme, and thanks to Norris falling under the mandatory Grand Prix start limit, his one-and-a-half days running will count towards the two days teams must allocate to running a young driver.

The Bahrain test will conclude a busy few days for Alonso, the 2018 Le Mans 24 Hour winner having spent two days in Africa testing a Dakar Rally spec Hillux for Toyota. "It felt different, but interesting," Alonso said of the test this week. "The car accepts a lot more punishment than what I'm used to, but it was good fun."

Alonso's time behind the wheel of the Toyota is not thought to be any kind of assessment as to a future Dakar entry, but more of an experience courtesy of his World Endurance Championship connections with the Toyota brand, as the former Grand Prix driver looks to expand his motorsport experience having now retired from full time Formula One driving duties.

I think Alonso did the right thing going off to do other things this year. Let's see what happens with McLaren and in the future we might see a return - but not counting on it. Alonso is one of the best, and he deserves to be somewhere he can showcase that.

They should take his feedback then do the opposite of what he says...
D

biggabusta said:
They should take his feedback then do the opposite of what he says...
Click to expand...

That's what we're going to do with your comment, genius!
You must log in or register to reply here.