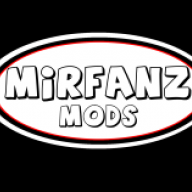 Ajo Motorsport and JPMoto Malaysia Moto2 2015 mod pack! - The mod that everyone would love...


To install you need to extract and remix two files:...
Click to expand... 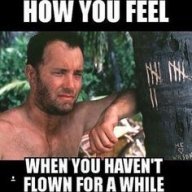 the mod everyone would want? LOL!! Hardly anyone looking for Zaidi. Which bike did you replace with Zarco's? 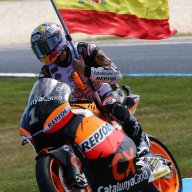 rkh said:
the mod everyone would want? LOL!! Hardly anyone looking for Zaidi. Which bike replace with Zarco?
Click to expand...

Sorry, not gonna download. This will NOT work for people using my 2015 mod and the goal is to match the current real life season. You should have modded a Kalex - AJO Motorsport utilizes a Kalex chassis, just like I did in my 2015 Season Mod. Zarco's bike textures should be replacing the SAG Team which Frenchman #96 Louis Rossi rode in 2014. The Caterham AirAsia prevents Zarco from being a top rider due to its faulty vehicle key (as explained numerous times). In fact, if anyone were to use this with my mod, Zarco is not even riding the Caterham.
In other words, only the textures match the real bike, but the Suter chassis is way too bulky (looks nothing like a Kalex) and again its vehicle key will drop Zarco between 7th - 10th spot if you were to use it in the stock game, which is not realistic as Zarco leads the championship by a big margin...So, any way you flip it, this is not exactly the mod hardcore simulation fans were looking for, but it sure is nice work though.
Last edited: Jun 4, 2015
You must log in or register to reply here.
Share:
Facebook Twitter Reddit Pinterest Tumblr WhatsApp telegram Email Link
20 comments
F1 2020 | Update 1.12 Now Available
55 comments
Community Question | How Often Do You Race?
9 comments
Penultimate Round: Nürburgring Beckons | Ferrari Hublot Esport Series
47 comments
F1 | Russell Williams Seat At Risk?
Top Bottom