3 things we learned from Rally Sweden 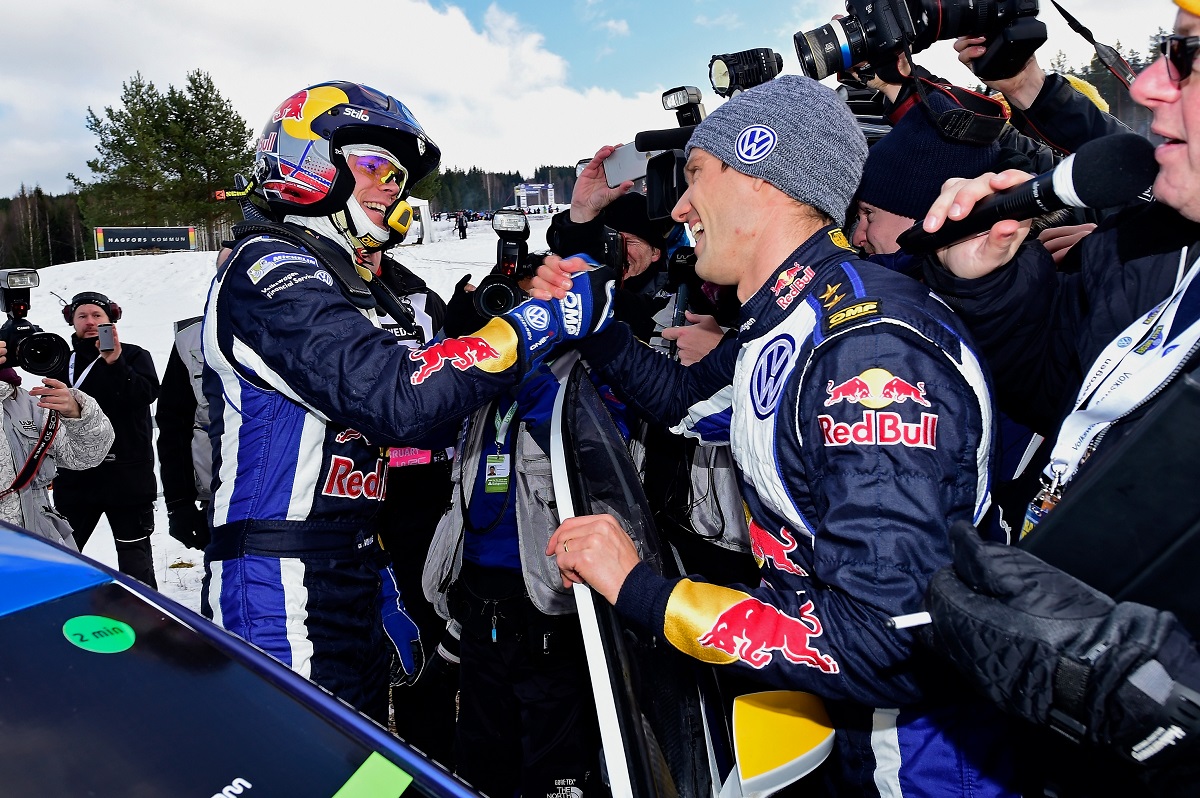 The snow has now settled on the 65th running of the World Rally Championships only event the serves up one of the weirdest formulas in Motorsport, Varmland Rally Sweden.

The aforementioned Formula is that while the events surface in snow and is expected to be underwhelming in terms of speed, however, with cars reaching an average spec of 100km/h, it serves up so much pace that it was dubbed by two time World Championship team Volkswagen as “the Winter thunderland”.

The event had everything we needed to be as naturally exciting as possible, with drivers fighting and squabbling to the bitter end like a 12 round boxing match and hopefully Volkswagen team boss Jost Capito will quit with the “Final stage shootout” concept. Although, given Louis Moya’s mathematical calculations on the live stages this past weekend, it seems like there still beating that horse. In spite of this, Sweden allowed me to analyze the state of the championship for the first time sense they made changes to car and event regulations and here are three things Sweden has taught me.

(1) Snow Banks are vicious and unforgiving: In Sweden, drivers especially those who grew up applying their trade in the snow use a technique that sees them using the “solid” snow banks for leverage, or to help correct any small mistakes. However, there is a gamble and sometimes you may lean on the wrong snow bank and everything can go wrong. For some of our top drivers, it did. First, was new boy Kevin Abring made a trip into the snow and that was all it took for him to have the utmost respect for Swedish roads, he calmed down and did as he was told to bring the car home with some decent stages times to boot. Kris Meeke and Jari-Matti Latvala are at this moment wondering what could have been as Meeke touched a bank, had a spin and then lost about a minute after taking the lead of the rally. Ogier himself lost 30 seconds in the snow, Latvala got himself stuck for 8 minutes 30 seconds and was a bitter man after that. Mikkelsen however, was denied his first ever WRC win after taking a 30 second trip in the snow.

(2) Sweden could lose its place as a specialist only event: The Swedish entry list had loads of Baltic and Scandinavian drivers, and yet only one of them was on the podium when the rally finished. Sweden is now becoming a game chance almost similar to Rally Monte Carlo and while being born on the roads is still a benefit. The performances of Thierry Neuville, Sebasian Ogier and the stage winning pace from Kris Meeke proves that Sweden like any other event might become happy hunting ground for those who weren’t born on the ice and snow.

(3) Banning split times was the right choice: When the FIA announced that split times where no longer legal in Rallying I was one of the happiest people alive. In most parts of the world in our local rallies drivers battle hammer and tongs from stage to stage and the only time they know the times is when they get back to the service park or if they are told by members of the media, and that’s the way it’s supposed to be. The spectacle in Sweden was greatly enhanced with the lack of splits in the car, as drivers became anxious figures at stage end instead of the usual calm demeanor that we know them for. They often spoke of pushing like hell and being absolute flat out as co-drivers had to calm drivers down during stages, because they were taking too big a risk. Meanwhile, the team bosses may cringe and think of the manufacturers championship, drivers where going all out and we can thank the lack of split times for that. This year's championship will prove to be even better than anything we have seen in recent memor, because driver will be flat out from the off and we may just see more than just a few names in the winners column this year.
Reactions: Keith_G, Bram Hengeveld, TTupsi and 2 others

I do think with bigger, and more solid snowbanks it might be of a little more benefit being "nordic" again, but as it is now, not so much.
Anyway, the guys do have a very different driving style!

And, yes, I know, shamefully putting out two of my own videos here, but I learned something more over the weekend as well.
That the old classic cars are way much more fun than the newer WRC cars. Fair enough, they might not be as fast, but they are more... raw, have better sounds, look better, smells better!
And while it is fun to see an old Mini Cooper, or a 70's Porsche, with the amazing sound... There was something special to see a hugenormous Ford Falcon trying to navigate the narrow stages in Norway/Sweden!

I do love a R5 Rally car.. they reinvented Group N in a much better and faster way!

That nostalgic feeling never dies and that's why the FIA created the RGT Cup. I liked these 1.6 turbos over these predecessors because they sound more throaty and with out some of that electronic help the cars are more lively,especially the Fords.

As I live in Sweden myself, I feel sorry for any who had the bad luck of driving on our shitty roads and bad weather. "when the hell froze to ice" comes to mind.
You must log in or register to reply here.
Share:
Facebook Twitter Reddit Pinterest Tumblr WhatsApp telegram Email Link
13 comments
WRC 9 | Update Deployed, Finland Stages Released
11 comments
An Englishman, A South African And Some Race Cars... Wild Times In Virtual Racing
49 comments
Community Question | Light or Dark?
2 comments
Ferrari Hublot Esport | Championship Finals Day
32 comments
Formula One Portuguese Grand Prix | Driver of the Day: Vote Now