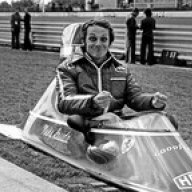 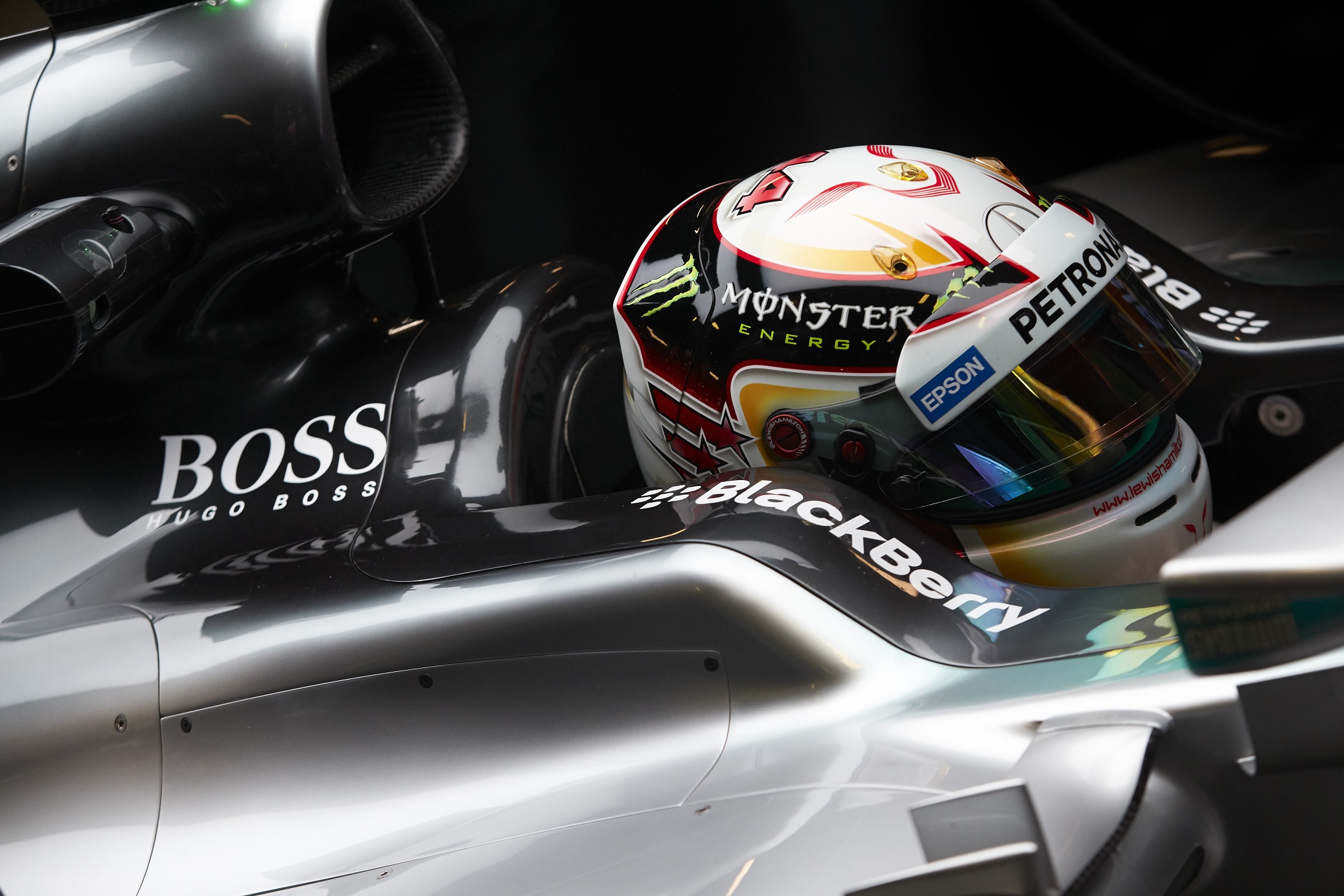 Nearly four months after Mercedes and Lewis Hamilton were crowned champions of the F1 world, their defence is about to begin at Albert Park.

Just under four months ago, a beaming Lewis Hamilton stood outside the pits of the Yas Marina circuit in Abu Dhabi, basking in the glory of a second driver’s championship that had been a long time coming. Surrounded by his friends, family and co-workers, it was evident how much winning that title meant to the 29-year-old.

To say getting there was easy would be a bigger understatement than describing Carmen Jorda’s racecraft as ‘sub-par’. Despite having one of the most dominant cars of all-time, taking the 2014 title had required a Herculean effort from Hamilton, one that saw him repeatedly claw back from the precipice of disaster, and in the process cement himself among the greats of Formula 1.

Now for the second time in his career, Hamilton finds himself in the unusual position of being the ‘hunted’, rather than the ‘hunter’. Despite all he has accomplished, the only question that matters when those lights go out in Melbourne will be: can he do it again?

We’re about to find out.

I’m not breaking any new ground here when I say Mercedes will be heavy favourites in Melbourne. Based on their seemingly effortless topping of the timesheets in testing, it would almost be a shock for them not to secure a 1-2, but F1 has a way of throwing up surprises when you least expect it, as we were reminded here last year with Hamilton’s retirement. Even if that turns out not to be the case, being the opening race of the season gives us plenty of fascinating plots to keep track of. 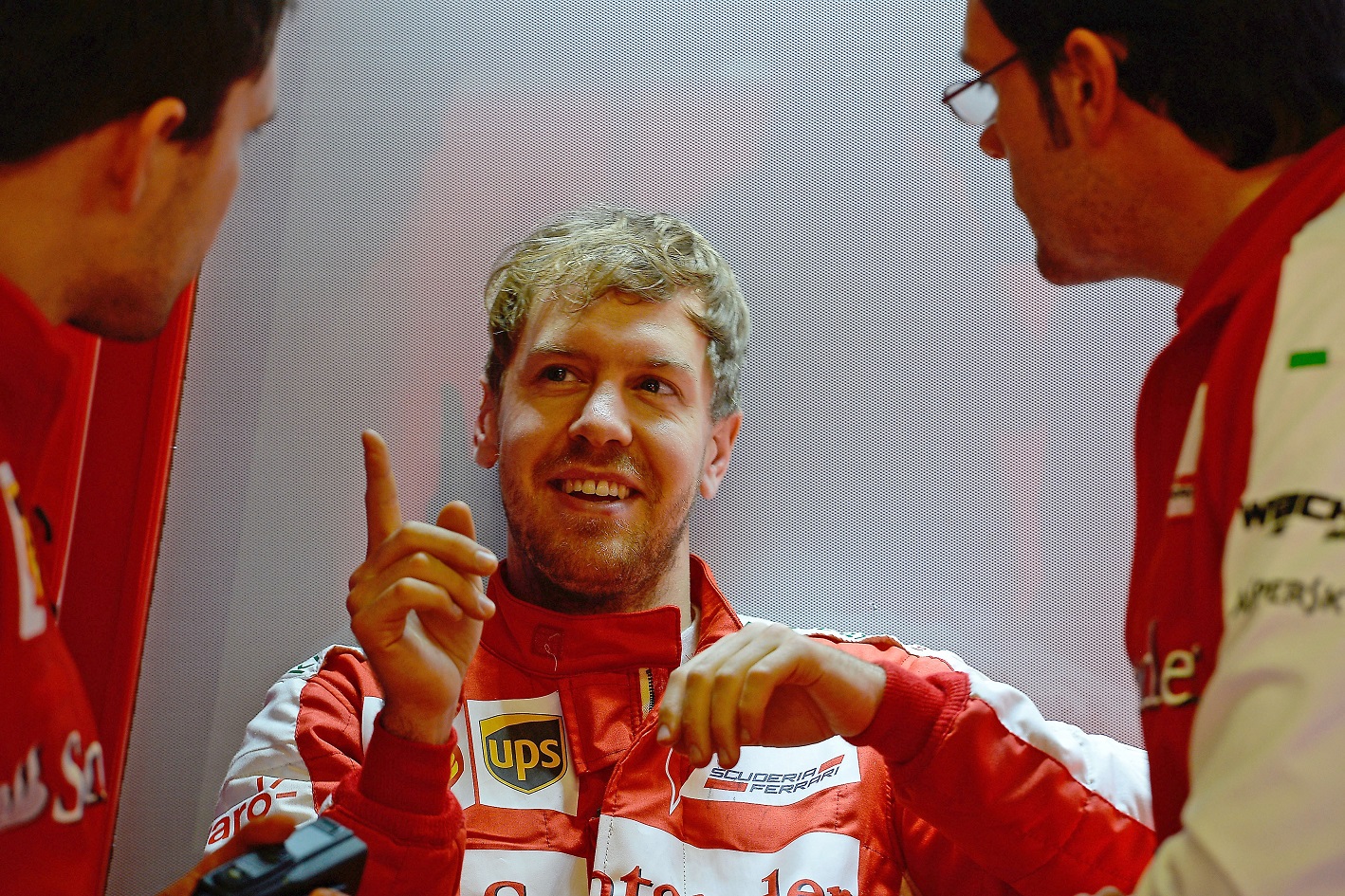 After spending the majority of last year fighting over scraps among the points-paying positions, the introduction of Maurizio Arrivabene as team principal seems to have provided the push Scuderia Ferrari needed to get back to competing for podiums. With an announced target of two wins in 2015, Melbourne will give us the barometer we need to gauge whether that dream can become a reality.

Not to mention, for the first time since 2007, Sebastian Vettel will be wearing something different than the deep blue overall of a Red Bull team. His battle with teammate Kimi Raikkonen looks certain to be a non-stop talking point for revheads everywhere. 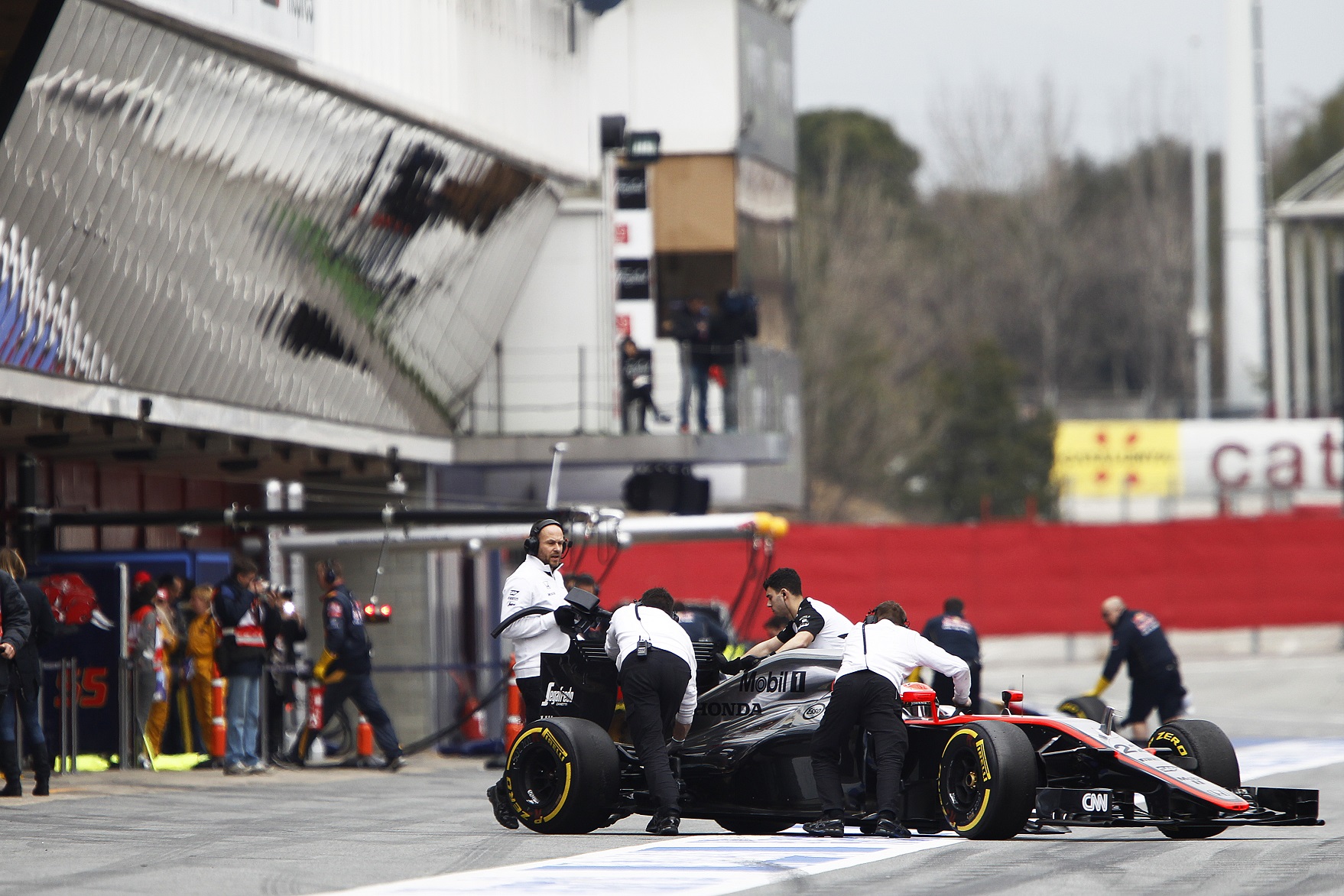 McLaren struggling to live up to expectations

In the wake of Fernando Alonso’s heavy shunt in Barcelona, the main narrative for McLaren-Honda seems to have shifted away from their disastrous efforts in testing and towards the still-murky circumstances of his crash. Unfortunately for McLaren, it’s unlikely they’ll get a respite past this weekend, as the spotlight returns to their on-track performance. Considering the team only managed the 15th and 16th best times in Barcelona, while racking up just 380 laps across the three tests, expecting them to rectify their problems with pace and reliability in the two weeks since would be an exceptionally tall order. Plus, with McLaren deciding against allowing a 14-year-old Alonso to race, they lack the driver who can wring the best out of a bad car, at least in qualifying. 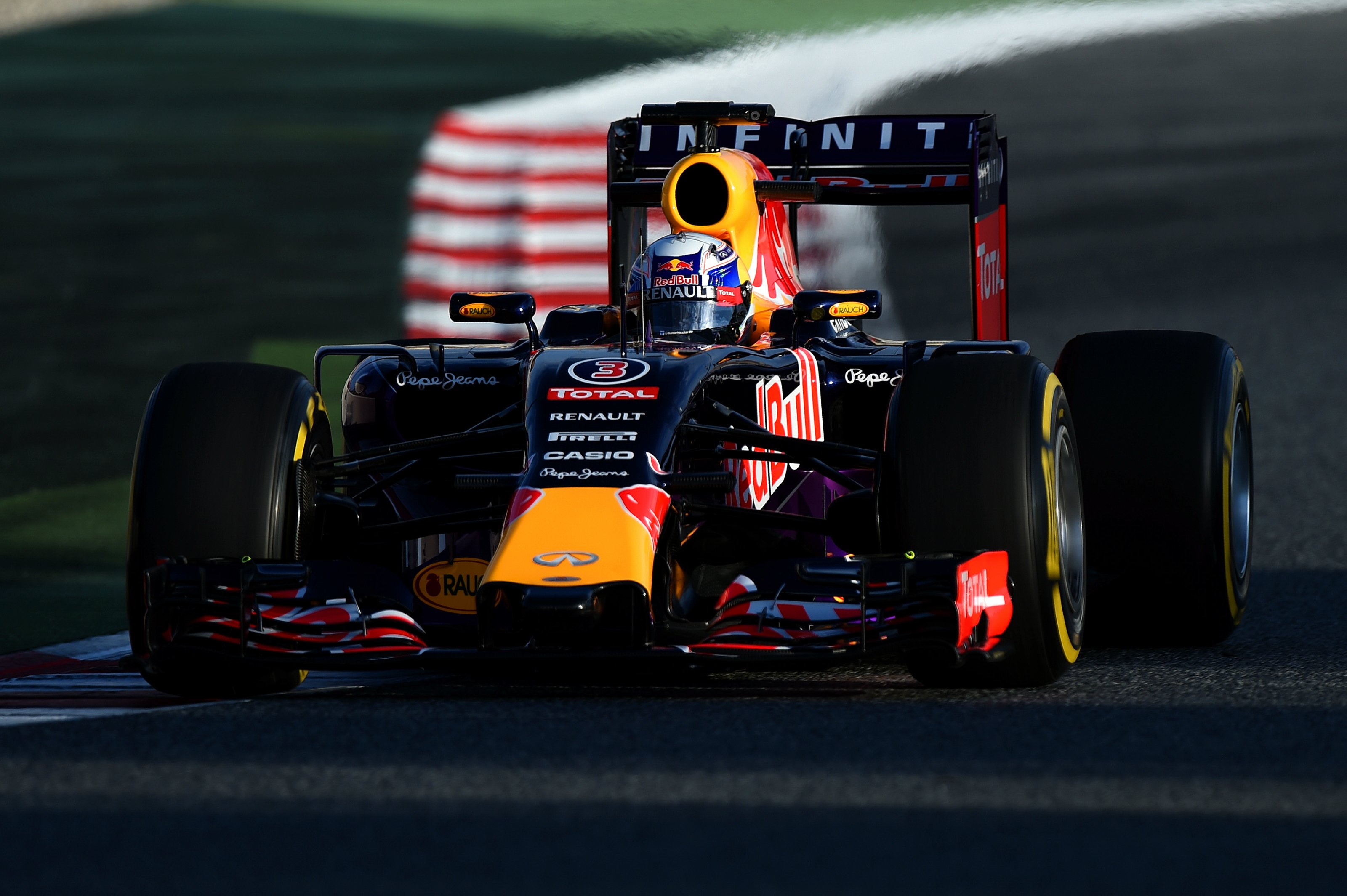 Can Ricciardo break the curse of the Australians?

You know things are bad for the home heroes when the best memory in recent times is a fifth on debut for Mark Webber in 2002. Since becoming a part of the world championship in 1985, no Australian has won their home grand prix, but despite the obvious gap to Mercedes, the Aussie public has high hopes for Daniel Ricciardo. Splitting the Mercs in qualifying before finishing a disqualified second last year, Ricciardo has shown an aptitude for Albert Park that could serve him well in the event of any Mercedes misfortune.

Williams in with a shot?

A season after pushing Red Bull for the title of ‘best of the rest’, there’s only one thing left to do for Williams, and that’s end their three-year exodus from the winner’s circle. While it’s close right now between themselves, the Ferraris, and the Bulls, Williams have the advantage based on their pre-season mileage and pace. With both Felipe Massa and Valtierri Bottas returning for the team in 2015, it’s hard not to root for them to take the victory.

However, Williams find themselves in an interesting position that’s somewhat to the inverse of their immediate rivals. Both RBR and Ferrari will be targeting the first European race back at the Circuit de Catalunya for significant upgrades to their car (as will McLaren) and that’s an arms race they can’t really afford to be a part of. Perhaps their best – if not only – chance to take a win this season, will be one of these first three fly-away races.

Manor is alive, but are they kicking?

Despite not reaching the final round of 2014 due to financial difficulties, it appears as if the folks at the former-Marussia are indeed ready to go racing. Whether they’ll actually be allowed to is another question entirely. Using a modified 2014 car, getting within the 107% time requirement in Q1 might be difficult to pull off, especially with no prior on-track running.
In any case, their return to the paddock is a welcome presence. As Formula 1 begins a new season, it has failed to resolve many of the problems with funding that affected teams last year, and seeing Manor fight to stay in the sport will keep that issue from escaping the notice of those who would rather dismiss it.

Despite conceding the pole position trophy to teammate Nico Rosberg in 2014, picking against Hamilton – both on the Saturday and Sunday – is extremely difficult at Albert Park. He had pole here last year, and was on his way to a comfortable victory when his car failed him. A track with plenty of medium-fast corners, Hamilton’s driving style should allow him to make the most of this opportunity to get the season started off the right way.

But who knows what will actually happen? Only one way to find out: let’s go racing.

Predictions? Prognostications? Sound off in the comments below.

Sunday 15 March
5:00 Race
Times in GMT, convert to your time.
Reactions: Keith_G, Matt, Queequeg and 3 others

Finally F1 is back!
Reactions: Dux, oldwolf and Tony Holder

Like last year I am putting my money on Rosberg again. (But secretly I hope that Vettel surprises with the Ferrari )
Reactions: Dux
A

And Magnussen's back to kickstart the season.
Reactions: oldwolf

I'd put money on Max Verstappen or Carlos Sainz getting Toro Rosso into the points. The team always finds a way to squeak into the top 10 in Melbourne in recent years.

And despite all the turmoil, I couldn't bet against Force India to succeed. Not when Hulk & Perez are still driving.

As much as I hate to say this (and I will always complain), I think Hamilton is going to secure the win with Nico following him and truly hoping for Daniel to get on the podium. Hoping Williams can keep up their form and Ferrari can get a few wins, but what I want to see the least is McLaren retiring time after time. If pre-season testing is any indication, I do want to keep my eyes out for it. Expect an exciting season, and hopefully we will have a nicely balanced grid in terms of drivers and also fans.
Reactions: stevem

Why is it not race day already, time is so slow!
Reactions: Nathalie Preldzic and Kerkland J. Bond 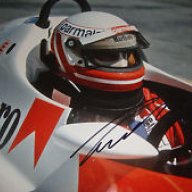 I'm hoping for Daniel Ricciardo to fight for the championships, he's was absolutely on fire last season, and since 2015 has started. He is still impressing, I'd like to definitely see him on top. I kinda have my doubt, now that I consider how dominating the Mercedes was.. hopefully that's not the case anymore. I was getting real sick of seeing that, even if I enjoyed last season. I just actually got into F1 last year, during the Bahrain Grand Prix, so this will be my first time watching the Australian, and the Malaysian Grand Prix. Quite excited, I wish it was already race day!

Will Stevens has picked the number 28 for his F1 career, which means every Ferrari fan from the 80s and 90s generation will now be desperate to see him paired with Nico Hulkenberg at the Scuderia.

Roberto Merhi will race with number 98, the same number used by another well-coiffed racing legend, the late Dan Wheldon, in his final Indianapolis 500 triumph.
Reactions: Jimlaad43 and Kerkland J. Bond

It does also mean that Will Stevens is the first driver to race (well... he is yet to race for Manor) with two different numbers in this system!
R

Bram said:
Like last year I am putting my money on Rosberg again. (But secretly I hope that Vettel surprises with the Ferrari )
Click to expand...

Winner, except that I'd substitute Kimi for Seb.

It's that I don't like Mclaren ( I think ), but I want them to come below
the top 10 in the race, with one of their cars retiring. Just because, as always, they were
hallucinating, believing they would win the championship this year.

R.J. O'Connell said:
Will Stevens has picked the number 28 for his F1 career, which means every Ferrari fan from the 80s and 90s generation will now be desperate to see him paired with Nico Hulkenberg at the Scuderia.
Click to expand...

I get what you mean, but saying the Tifosi desparetely want Stevens is strange

Oh no. Graeme Lowdon has partially acknowledged the rumour that started yesterday from F1PaddockPass and Tobias Gruener that Manor may not run this weekend due to them not having the necessary software to run the engine.

I would be very, very, [naughty adverb] upset if it went down like this.

*fingerscrossed* Let's hope it works out 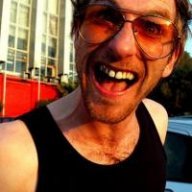 Robert Waddell said:
Winner, except that I'd substitute Kimi for Seb.
Click to expand...

Kimi and Seb are good friends outside the track as far as i know, right? it will be interesting to see how things develop between the two, on and off track.

I'm nervous. With the Sauber circus and the rumors that Manor may not take the track, I'm looking for something to feel good about.