For all you ARCA fans! www.racedepartment.com <---click and watch the live broadcast starting at 01:00 GMT 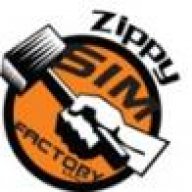 Will Kimmels #68 car will be co-sponsored by the Motion Design Group and Sim Factory today. “Will is an outstanding young talent and it is an honor for our companies to be a part of supporting him. We have followed his career for several years as he competed and championed in late models as well as his select ARCA RE/MAX Series races where he performed beyond expectations” said Robert Coulter of the Sim Factory LLC. http://www.arcaracing.com/news.cfm?contentid=8702

All the action will be web-streamed today at either: