The central A1 GP thread for all your news, rumors, and race reports

The Prime Minister of the Netherlands, Jan Peter Balkenende, has today announced A1GP World Cup of Motorsport will race in his country for the fourth time in Season Five. However, it will be new territory for the series when it visits the Assen track on 14-16 May 2010.

A1GP has one of its largest and most enthusiastic fan bases in the Netherlands, and is now going to a track famous for its enormous crowds when the biking fraternity visits.

To date the series has had its first race of the season there at the Zandvoort track in 2006/07, 2007/08 and 2008/09, when tens of thousands of orange clad fans have cheered on A1 Team Netherlands that has one of the country’s most successful racing drivers, Jan Lammers, as its Seat Holder.
From the Assen circuit, Prime Minister of the Netherlands, Jan Peter Balkenende, today commented: “It is wonderful news that A1GP has signed a multi-year deal to race at the TT Circuit Assen. It’s a great opportunity to build on this year after year because of the multi-year deal. It’s an enormous boost for this region of Holland so is very important and will provide real opportunities for the future.”

Commenting on this news, A1GP Chairman, Tony Teixeira, said: “I almost feel the series colour should be orange. We have had an enormous fan following since our very first event, and no one will forget the dedication of the fans at our very wet opening round for the 2008/09 season.

"Assen is a track with a lot of history. It has hosted a variety of very successful races for both two and four wheels and so this will be an exciting new adventure for us.”

Not only is it famous for racing, holding the annual Dutch TT races and a Champ Car event in 2007, but also now as a concert venue. The first band to hold a concert there was Iron Maiden in August 2008, which was part of its Somewhere Back In Time World Tour. The circuit’s current lap record was set in 2007 by Champ Car driver, Sebastien Bourdais, in a time of 1min 18.756secs.

Lol took me two weeks to notice this thread. Hmmm Assen, wrote it down in my agenda, will be there.
G

It's just too bad they shortened Assen a couple of years ago. They simply killed it...
Might be there as it's only 50km from here..

Johan Top said:
It's just too bad they shortened Assen a couple of years ago. They simply killed it...
Might be there as it's only 50km from here..
Click to expand...


Crash.net said:
Even though it appeared in bullish mood at the launch of its season five calendar last week, the future of the A1 Grand Prix series could be in doubt following news that the British-based day-to-day operations side of the business has gone into liquidation.

Not looking good but not really surprising.

Oh no That sucks, I really loved the way they were heading with the series! 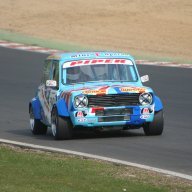 Not good at all. I was just starting to get into A1 too... Gutted. 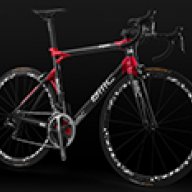 isn't that just a part of te A1 group of companies?

I believe it's good they went to Assen instead of Zandvoort. Assen has more 'noise days', better reachability and more spectator capacity.
May is a nice month for racing in this country .
W

Bram Hengeveld said:
Oh no That sucks, I really loved the way they were heading with the series!
Click to expand...

Jev said:
isn't that just a part of te A1 group of companies?

There's supposed to be 10. There were 7 last year and it was still good.

yup there's supposed to be 10, that's why they have not published the official schedule yet... if there will be any ;-)

Still havent heared any confirmation about a possible ending of A1GP. Heck even the new 2010 calendar got approved:
http://www.a1gp.com/News/NewsArticle.aspx?newsId=44450

Ross Balfour said:
on the plus side Ireland will stay reigning champions forver
Click to expand...

Where's the bad side of that?
R

Mark Birney said:
Where's the bad side of that?
Click to expand...