Modern and Classic Monza Released for Automobilista 2 in Latest Update 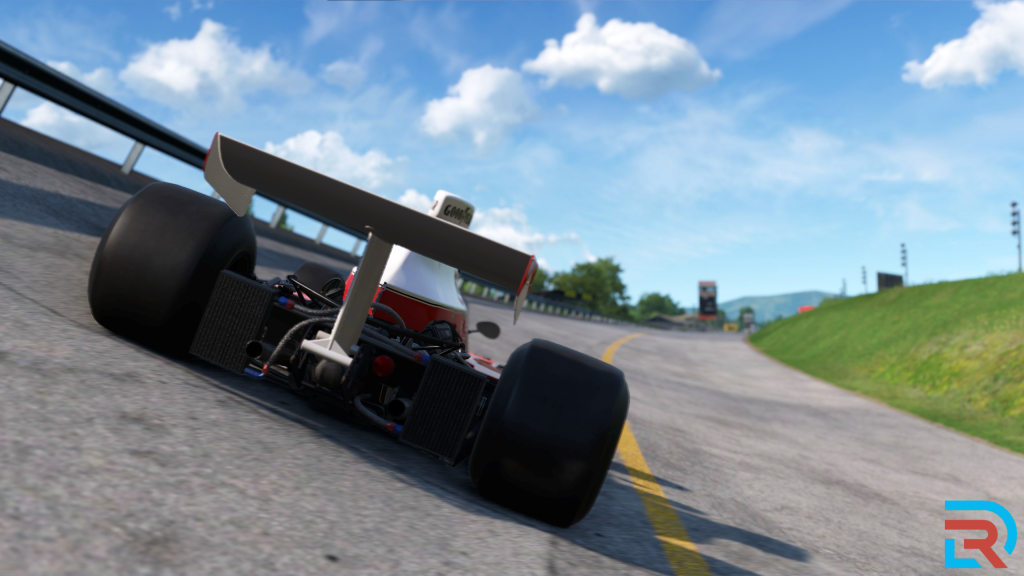 Classic and modern layouts of Monza have been released by Reiza Studios as the latest DLC for Automobilista 2 along with a game update.

While the addition of Monza to a sim isn’t usually news, Reiza Studios has found a way to make the release exciting. Included with the modern version of Monza we see in nearly every sim on the market are two vintage editions of the Italian track. Both the 1971 and the 1991 vintages of the track are included.

The 1971 version includes multiple layouts, and fans of the classic Monza version in Assetto Corsa will be familiar with this very long, very fast track. The included oval is flat out in nearly any car you’d be likely to drive in this sim, and the adjoining circuit is also likely to find the top speed of your car.

The 1991 version complements the Formula Classic cars in AMS2 perfectly. Though the 1991 version has far more in common with the current Monza circuit than it does with the 1971 version, there are still enough differences to challenge those who might be bored with the ever-popular sim racing track. 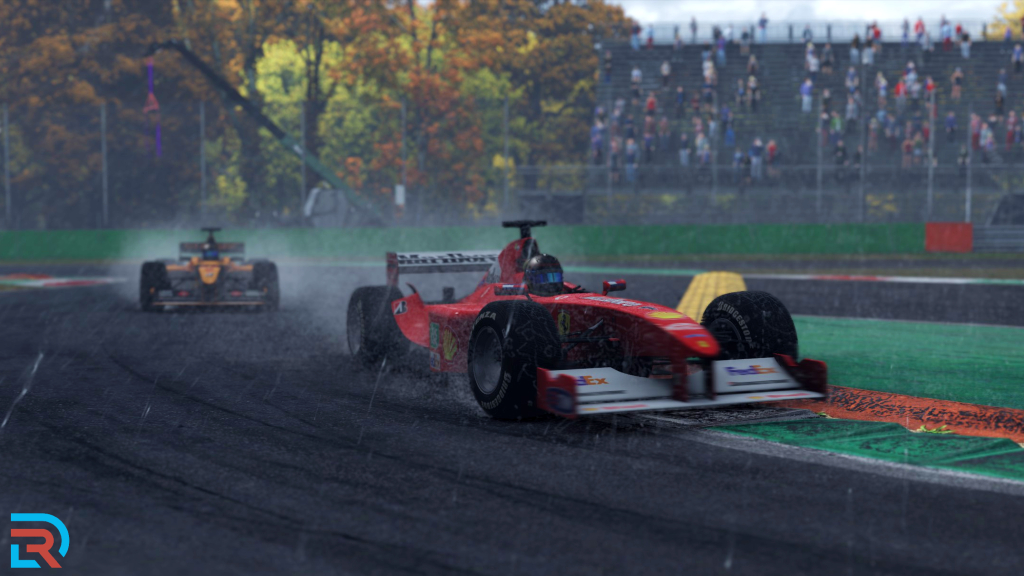 In typical fashion, Reiza also included several improvements and fixes to the sim. Here is the official changelog: 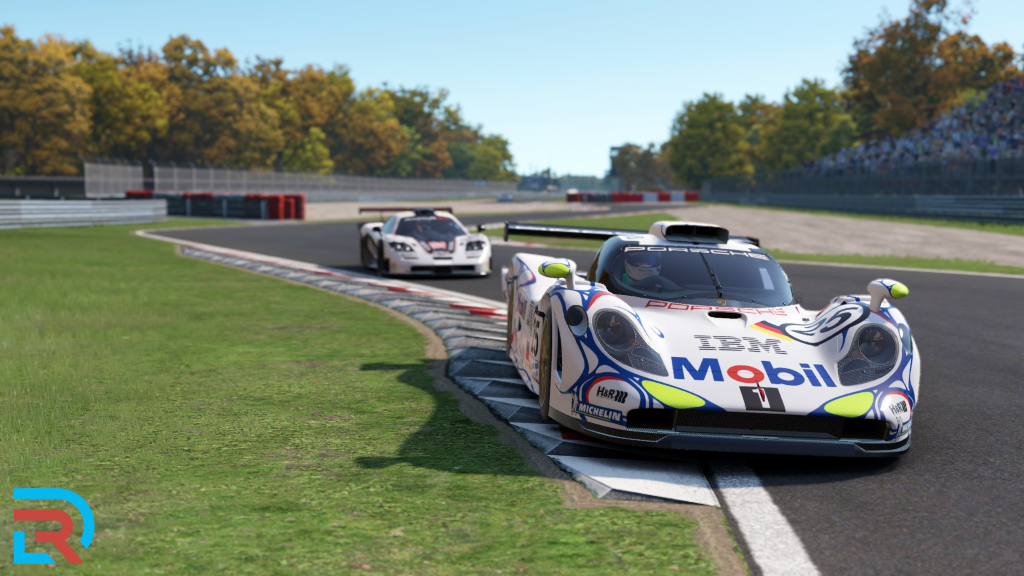 Have you tried the new build of Automobilista 2? Let us know your thoughts on the feeling of driving on any of the new Monza layouts.
Reactions: THE NEMESIS 69, Rodger Davies, Just2Laps and 34 others
About author

Yes ,yes what the others can't they can!
hopefully the next update is the physics of some cars
waiting for my new pedals but once again amazon delivery fail
Finally, an acceptable '70 endurance layout... now all we need are period endurance cars.

Fabio Aragão RD said:
hopefully the next update is the physics of some cars
Click to expand...

wow. What a bummer.
The update is 10 minutes out and you know all about physics updates. Tested and classified.
Cool man.

DC WOLF said:
wow. What a bummer.
The update is 10 minutes out and you know all about physics updates. Tested and classified.
Cool man.

Or he could be talking about physics they didn't touch in this patch? who knows...
The 70's layout with the oval is so much fun! And they raced F1 cars on that oval at some point... They were just crazy!

Fabio Aragão RD said:
hopefully the next update is the physics of some cars
Click to expand...

I was absolutely blown away by the M1 in the latest Beta, try it in main release Work it seems is always coming even with little notes. i hope it came through to main game. Also the classic Moza's are monsta's
The Monza version are awsome Fun to drive the 70s version , and the 90 version also great track and cool racing with the M1 . Thanks Reiza and hope in the future there now a lot more GT3 & Group Cars to come.
Porca vacca!!! I get 412Km/h with an old F-1!!!! Best track ever!!!!

EDIT: 420Km/h, but I can squeeze a little more... maybe can get 422 or close to 425.
Last edited: Oct 3, 2021
My thought is, that you are doing too much on the quantity and not so much on quality.
1 thing is still missing, and one thing only: The physics of proper raining conditions. When this will come on at least ACC level, I surely will going to buy this game.

Bert Austen said:
The Monza version are awsome Fun to drive the 70s version , and the 90 version also great track and cool racing with the M1 . Thanks Reiza and hope in the future there now a lot more GT3 & Group Cars to come.
Click to expand...

The 90's layout was the best. The double chicane at the end of the start/finish straight was better than the very tight, 1st gear chicane of today.
Thank you Renato Simioni and all the crew at Reiza Studios! Your hard work and regular updates are really appreciated
WHEN TF they will release a tool for some offline championship that could even match that of AMS or AC???
They totally miss the point...and continue to do so ignoring modding community
The tracks on ams2 are always a real pleasure!
So much to fix
I'm glad they didn't release the BMW 2002 yet as it was only going to change. The new track is very nice & we get more historic tracks its definitely a selling point of the game that historic is catered for. Ai needs some work though, too slow in some corners & it irks me that the Ai doesn't have a linear scale of difficulty through the classes as far as i can tell & i don't think they will ever feel like they are on the same tyres but at least in the wet i hope things can improve greatly. I still can't gel with the FFB in this game, its getting to the point where I think maybe I need several customs profiles specific to certain car groups. With the Corvette for example the steering goes very light in the corners I assume to represent understeer but i do not like it at all & it seems to only be the case with some cars. Self-aligning force feels better on the custom profile that many recommend but that profile feels really bad with many cars.
mod-edit: removed false claims. without any proof
Last edited by a moderator: Oct 3, 2021
Last edited: Oct 3, 2021

JJ Gordon said:
I love it how you can simply recycle Project Cars 1 and 2 content and assets and re-release it as a brand new DLC.
Click to expand...