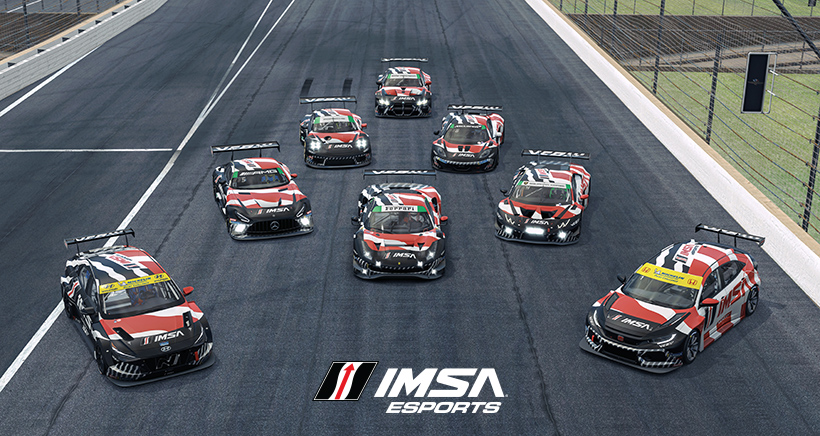 IMSA has decided to pursue esports with their newest endeavour. Working together with their long-standing partner iRacing, the North American racing organisation finally attempts to host an entire digital championship.

With a start in October and cash purses to be won in each event, the championship is sure to attract top esports organisations to participate. Furthermore, IMSA promises full broadcasting on iRacing and RACESPOT YouTube, Facebook and Twitch channels.

This championship will be a multi-class, multi-driver series. The 2 classes involved will be iRacing's GT3 and TCR.

The planned races are:
All races will start in the early afternoon, EST (US Eastern) and take 2 hours and 40 minutes.


Esports in Conjunction with Real Manufacturers?​

Apparently, the esports organisations will be able to "develop close working relationships" with the manufacturers of BMW, Ferrari, Honda, Hyundai, Lamborghini, McLaren, Mercedes-AMG and Porsche.

“The IMSA Esports Global Championship is the next step in our esports presence after the success of the IMSA iRacing Pro Series and the IMSA Triple Crown Challenge,” IMSA President John Doonan said.

“IMSA was among the first motorsports organizations to recognize the potential of working with iRacing to blend the gap between sim racing and real racing by including our manufacturing partners. We’re excited that eight manufacturers competing in IMSA this year will be participating in the IMSA Esports Global Championship, and we expect that number to increase in the coming years.”

This all makes it sounds like the marques themselves, or at least the IMSA teams, are looking to expand on their sim racing participation. Whether this means manufacturer-backed esports organisations will become more common remains to be seen.

Newfound flirting between real-life racing and sim racing is always exciting, but what do you think about this announcement? Let us know in the comments below!
Reactions: fremen_78, Nathan 1, Dzul and 2 others
About author

I hope that this means we will be seeing some of the new IMSA prototype cars coming to iRacing too…
I may be interested in watching the first race October 16th, to check if it is entertaining.
Will it broadcast on RD?

MarkModdy said:
I hope that this means we will be seeing some of the new IMSA prototype cars coming to iRacing too…
Click to expand...

Already confirmed in an interview with Greg Hill
Last edited: Tuesday at 23:24