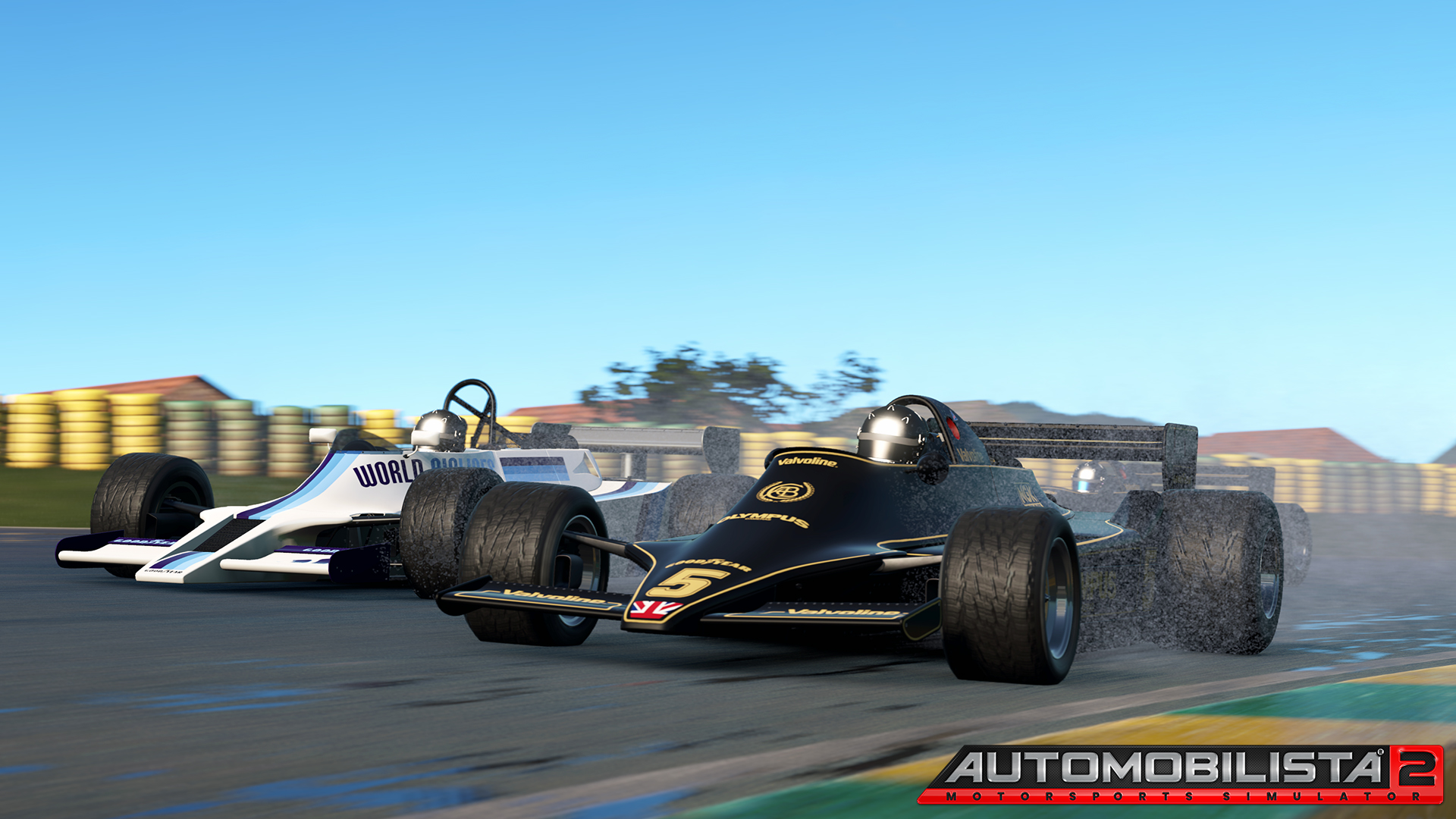 Celebrating the 1-year anniversary of Automobilista 2, Reiza Studios have deployed build 1.1.3.5 of the simulation - with plenty of fixes included and a new historic F1 Lotus!
One year on from release into Early Access, Automobilista 2 has been updated yet again as Reiza Studios continue to work hard to bring the simulation up to the level its obvious potential deserves. In this latest build release, the studio have brought together a new officially licenced historic Formula One car in the form of the legendary Lotus 79, alongside their own fictional F1 machine, plus have laid the groundwork for further substantial improvements to the title going forward, as Renato Simioni from Reiza Studios explains:

This release comes exactly one year since our initial Early Access release on March 31 2020, and we have been pushing hard as we have through this whole year to celebrate the occasion with another major update!

Unfortunately some of the new features and core developments we had hopes to wrap in time for this update didn´t quite make it in time, but the work obviously isn´t lost - while this update isn´t quite the beefed up step we had hoped to deliver, our users can still look forward to these valuable developments making into the game in the coming weeks and months.

Our March update still packs a good punch with another sizeable list of improvements & fixes, additional layouts for the Historic Jacarepagua circuit, and a new historical class - the Formula Retro Generation 2, featuring the iconic Lotus 79!

The most significant physics development in this update is the substantial reduction of driveline friction levels, resulting improved functionality in LSD cars, better driveability and slightly higher top speeds. The default preload and ramp angles have been adjusted for most cars, so setup resets on cars with LSD is recommended.

Championship Mode has also received an important update in preparation for the Custom Championship feature, as now players are able to have up to four championship seasons in progress. A batch of new championship options will be added in an complementary update before the weekend. Custom championship itself is still under development for additional features and has been pushed to May.

We´ll share a bit more details about the ongoing developments in this update and upcoming ones in our upcoming Development Update.

All my wheel buttons are off now. The numbers on the wheel don't match what the game is saying.
Possibly dumb question. But arent these Cars that are added just Pcars 2 Files? Or are the made new from the start up?

Miguel~ger said:
Possibly dumb question. But arent these Cars that are added just Pcars 2 Files? Or are the made new from the start up?
Click to expand...

Honestly it would be a huge save of money;,

I never understood why SMS and REIZA didn't shared content, at least models for cars and tracks,to save time.
Same for the paid DLC for Kunos and S397. At least the raw base.