Art of Rally Coming to Console Next Week 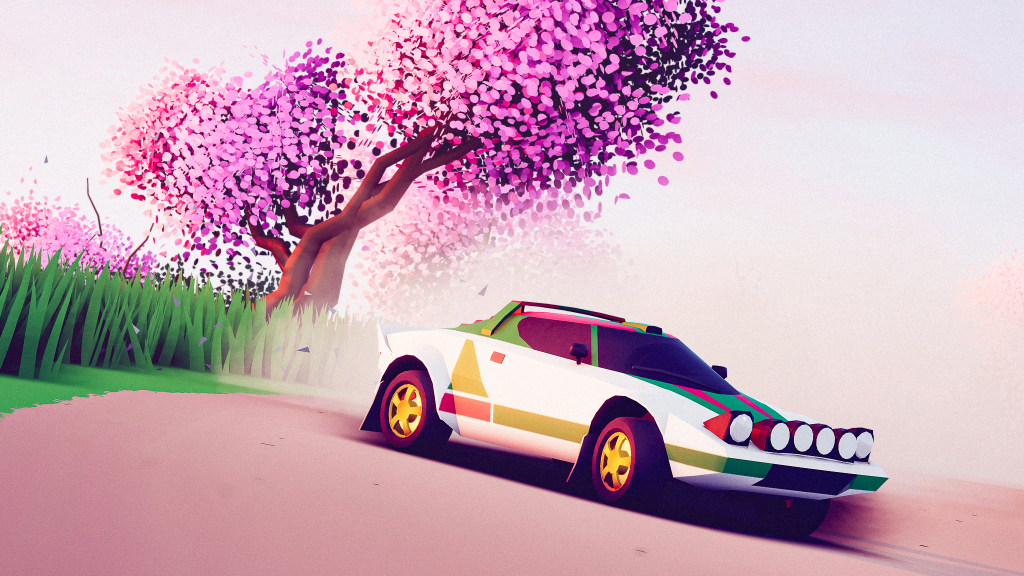 Indie hit Art of Rally is coming to Xbox and Switch consoles on August 12th, along with the new Kenya stages for both console and PC.

Developer Funselektor announced Tuesday that their underground hit Art of Rally will be released to consoles on August 12th. So far only the Xbox and Switch versions have been confirmed, but the Playstation version is still expected in the future.


https://twitter.com/i/web/status/1422544577160900609
The jump to console seems a perfect fit for this title, which is typically enjoyed with a controller rather than a wheel and pedal set. The fun and engaging atmosphere of Art of Rally has made it a surprise hit on Steam, and currently 94% of the reviews have been positive.

Art of Rally was released last year and defied many of typical characteristics of a modern racing title. The most obvious of these is the look of the title, which shows bright, colourful settings adorned with low poly buildings, flora and spectators instead of realistic looking rally stages. The in-game view is also a defining characteristic, with the player driving the car from a pursuing drone viewpoint. The view makes more of the road ahead visible, eliminating the need for audio pacenotes like other rally games.

Many in the sim community have been impressed with the physics Funselektor was able to implement into the title. While the looks of Art of Rally may give the impression of a pure fun gaming experience, the appreciation Funselektor has for classic rally racing shows through in the driving experience. The cars and drivers are close semblances of real-world rally and span multiple classic eras of the sport. These rally cars have unique handling characteristics which adds a layer of depth to an impressive career mode.

August 12th is also a big day for PC owners of Art of Rally, since the Kenya stages are set to be released. Kenya’s 4 new cars, 6 new tracks and a new free-roam area will join Finland, Germany, Japan, Norway, and Sardinia in the title.

Be sure to check out our Art of Rally downloads section, which now has well over 500 amazing liveries available.

Are you excited for the console version or the new stages in Kenya? Let us know in the comments below.
Reactions: David Mann, Ben O'Bro, Dzul and 1 other person
About author

I'm waiting for the new stages in Kenya, and the new vehicles !!

Keep it up !
Awesome news. Such a cool game.
I hope they sell umpteen million copies.
The only things that stops this little gem from being perfect is a track editor.
Hope this will sell lots of copies on consoles!
More art of rally is good news for the world!
Good news! congrats to the dev. I hope this will be the beginning of a very successful franchise.
an official WRC art of rally with real cars, sponsors and more realistic environment will be really cool.
I picked this up when you reviewed it on your channel. I played it once or twice, but haven't touched it since. The problem is that my PC time is usually spent on "serious" racing like ACC, R3E, etc because I share the PC with my son who has his own gaming agenda. Now that this is coming to XBox, I should be able to enjoy it properly, though I'll be going back and forth between this and Hades.
This is good. Art of Rally would prosper in the consoles. Always reminds me of Nintendo titles.
Kenya looks like fun!

I'd get this on Switch if I didn't already have it on PC. Maybe I'll get it anyway...

Love the retro feel of this. Reminds the good old times:

I'm waiting for the new stages in Kenya, and the new vehicles !!

All the better with your amazing mods. THANK YOU

autobot9919 said:
All the better with your amazing mods. THANK YOU
Click to expand...

My pleasure. And by the way, what is your favorite mod among the 134 liveries?

madmax_2a said:
My pleasure. And by the way, what is your favorite mod among the 134 liveries?
Click to expand...

Where do I start i'm still working my way through them, the Totip Il Monster will always be a favourite but then you drop something like the wonderful Le Cinq Rally Vendimia 1983. I will drop some stars, I really should do. Photoshop isn't my strong point at all. Kenya tomorrow too.

autobot9919 said:
Where do I start i'm still working my way through them, the Totip Il Monster will always be a favourite but then you drop something like the wonderful Le Cinq Rally Vendimia 1983. I will drop some stars, I really should do. Photoshop isn't my strong point at all. Kenya tomorrow too.
Click to expand...

Kenya will be cool.