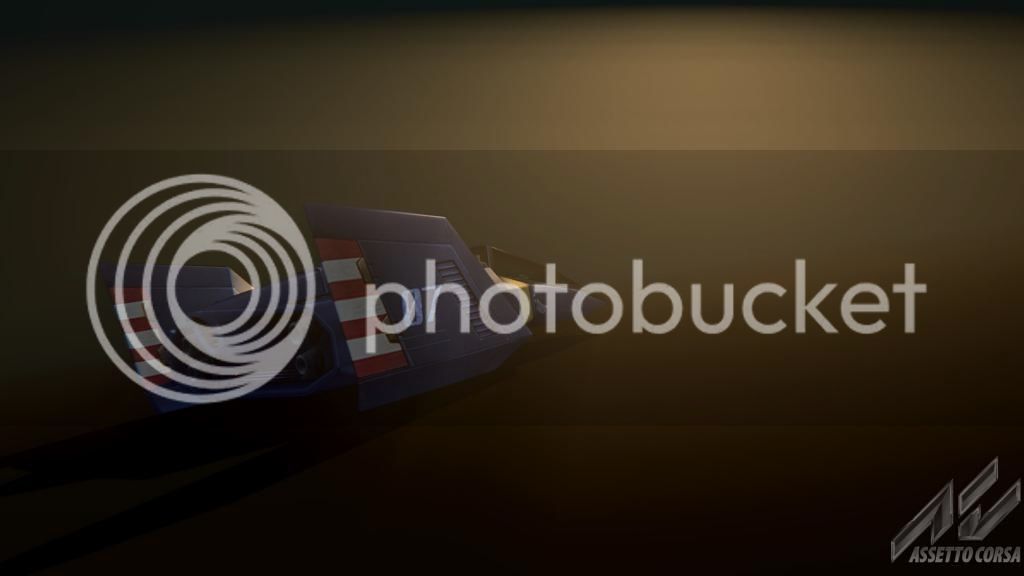 So a while back the_meco made this as a sort of joke project but then dropped it. I asked him if i could finish it. He said.................yes(yes i did fan girl(coming from a man) out in reaction). After lots of blood sweat and notepad files I believe its ready for usage.

Basically the version ive made is slower then mecos and also has a braking system which just slow down too fast so i weakened the brakes. Also has for the sound im not sure if the current sound is fine, i just maxed out the wind noise. I had the feeling that this is more of an electrical powered vehicle so you wouldn't hear much. The wind does get pretty loud btw. Also here is the hardest part, i had to alter the physics to prevent the car/ship/vehicle from flipping uncontrollable at any little hit, its not perfect yet but its much better now in comparison. Clipping in wings has been fixed, albeit caused lighting issues.

Yes i understand the textures are pretty vomit worthy but thats a working progress ill see what i can do about that in the future. Im aiming to master the physics first as that seems like what really matters in the end. Also the camera should work now.

Ive been messing around with the wheel dimensions to see if that would help but it means that in some tracks the front wheels may suddenly die completely, ill sort that out soon enough.

Installation: Get to the AC car directory
computer/os/programfilesx86/steam/steamapps/common/assettocorsa/content/cars

Now throw the file into the cars folder. Launch the game, pray that it doesnt crash. Drive the plane/car/ship/vehicle.

I was gonna make a trailer for this but the hdd on my editing machine died, only brought it last week such a shame.
Reactions: Deleted member 161052, FAX413, Aitor Martín and 2 others

cool mod except it crashes and says Critical error:

ERROR: aero.ini contains DATA with WINGS, which is redundant. content/cars/blue_falcon/data/aero.ini maybe this will help fix the bug
Upvote 1 Downvote
old but good mod, Still working now.but the tyres need to be updated. Have fun with it
Upvote 0 Downvote
it doesnt work i launch it and it takes me back to the summary

Brownninja97
sorry this mod hasnt been supported for five years now, this will not be changing in the foreseeable future. You or anyone else is welcome to change it to get it to work though.
Upvote 0 Downvote
Saw a video. Not sure if viperconcept used your mod, but if it worked Id definitely give you 5 stars haha

Brownninja97
he did no idea why he didnt link to here though
Upvote 0 Downvote
Problem error.

The Perfect Fusion of Automotive and Art The colors of black and gold were chosen to bring out the competitive spirit of the driver. The CRP pedal’s design incorporates the essence of hyper car styling. Aluminum Alloy Pedal Assembly Almost every part of the CRP is made of CNC aluminum alloy...

Real-Time Data Displayed in Panoramic HD Large Full Color HD Digital Dash At 5-inches with 16.7 million colors, and a screen resolution of 800x480. Drivers have a stunning digital dash that can display car status, lap times, and more. Aluminum Alloy Frame The digital dash is wrapped in a solid...