Log in to download, or make sure to confirm your account via email
Overview Updates (1) Reviews (6) History Discussion
Ask a question
Reviews (6) History
This is a skin for the ACL GTC 60's Chevrolet Corvette Stingray from the newly released 'AC Legends' GTC 60's Pack. 2K and 4K versions included.

The monstrous 1965 6.8 litre 'Big Block' Chev is a regular competitor and crowd favourite at Goodwood. Presented here as it was at the 2019 Goodwood Revival where it contested the Royal Automobile Club TT Celebration. 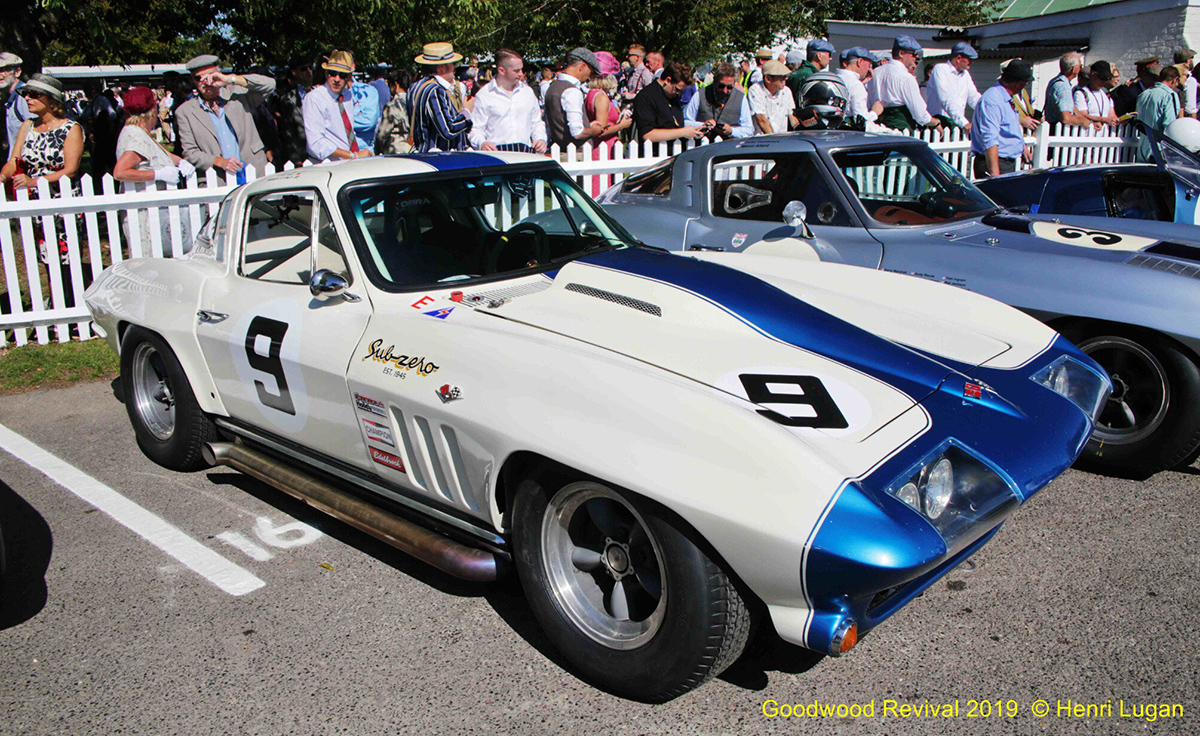 The Cobras of Romain Dumas and André Lotterer eventually ran away with that race but the Sub-zero Stingray featured in some intense door-banging, wheel-to-wheel action early on. Drivers Craig Davies and Steve Soper brought the car home in 11th place. 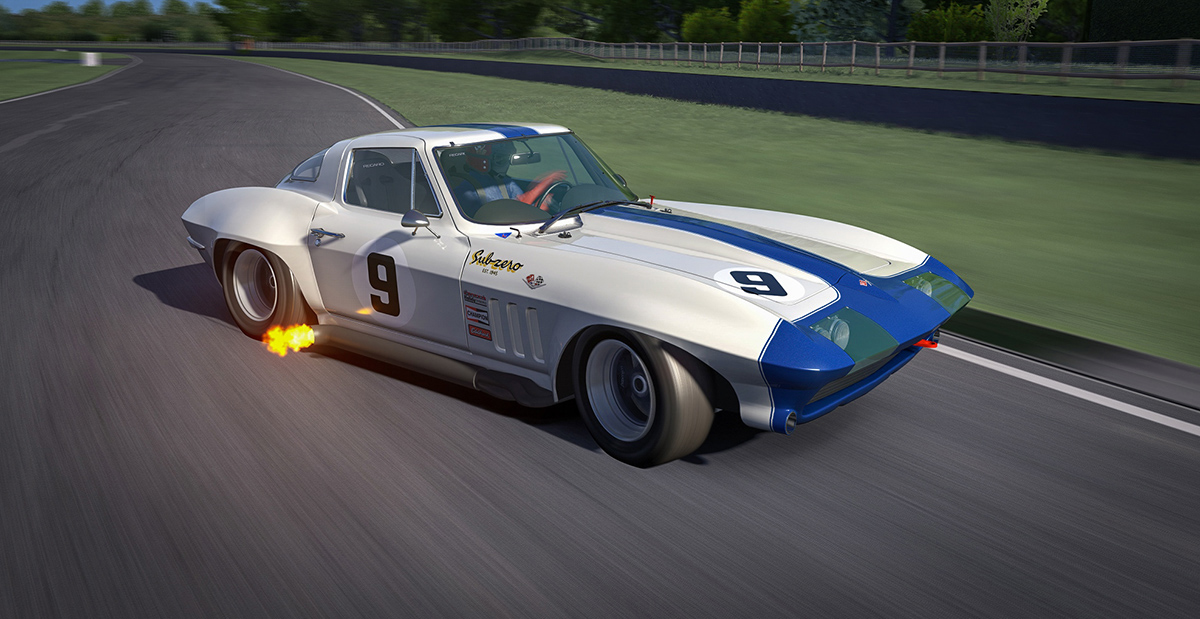 The skin uses the the driver_open_face driver model by Legion. The skin will work OK without it but if you want to see it as intended and you don't have them already, download and install the Legion driver models to steamapps\common\assettocorsa\content\driver.

Race highlights, featuring the Corvette can be seen here:
The update (1.1) includes a temporary fix for the lack of tyre shadows that otherwise give this car a 'floating look' in some light conditions. Note that the 'fix' only applies to this skin for now. The issue has been reported so hopefully a more permanent remedy will be offered in a 'hot-fix' or update from the AC Legends team.

A big thanks again to Bazza and the AC Legends team for a massive effort developing the GTC 60's Pack and for making it freely available to the community.

Thanks for the update.

Spudknuckles
Thanks for the stars.
Upvote 0 Downvote
love it.

Spudknuckles
Thanks. Its a really lovely livery and was a pleasure to re-create.
Upvote 0 Downvote
The 'AC Legends' GTC 60's Pack is so great.
This car is absolutely wonderful to drive and totally beautiful with your skin.
Perfect.
Thank you to you for your work.
Thank you to Bazza and the AC Legends team to provide to the commuity these great cars !!!

Spudknuckles
Haha! That damn snakey Cobra is going to be more challenging than I would like with the relatively unaccommodating UV wrapping of this model. And we still don't have the right 289 body shape in game (the 289FIA and early MK's look grumpier with narrower radiator and oil cooler openings). This looks more like a surprised snake than an angry one ;-) Anyway, I'll have a crack at bringing it across eventually. Thanks for the stars.
Upvote 0 Downvote
fantastic job , please more