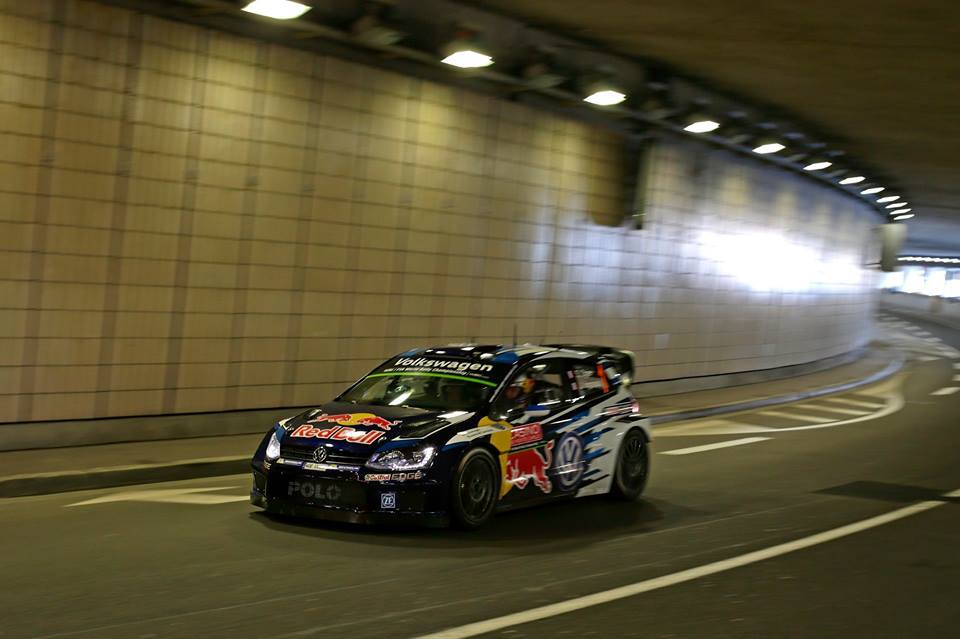 Volkswagen Motorsport and double-World Champion lead driver Sebastien Ogier continue to remain the dominant force in the World Rally Championship, as demonstrated this weekend with their victories in the Rallye Monte Carlo.

Ogier faced an early and formidable challenge from seven-time Rallye Monte Carlo winner Sebastien Loeb in the first two days of the running, but in the end Ogier and Volkswagen overwhelmed the competition, as the French champion stormed to victory to take his twenty-fifth WRC victory, heading a 1-2-3 podium sweep by the reigning Manufacturer's Champions and putting the reigning World Rally Champion level with the late, great Colin McRae on the all-time wins list. This is Ogier and co-driver Julien Ingrassia's third victories in Monte Carlo, as they have now won this event in back-to-back years in addition to their Intercontinental Rally Challenge-sanctioned Monte victory in 2009 for Peugeot.

"To be equal to Colin McRae in terms of victories means a lot to me – he is the idol for many rally drivers and for so many kids still playing on the PlayStation," said Ogier in the post-rally press conference. "Also, it means a lot to start the year with a victory; it’s what I love the most. Last year we ended with victories and to start the new season with more victories is just perfect. This was a very tricky rally, a huge challenge, but that’s why you get the most satisfaction."

A second place finish for Jari-Matti Latvala is the Finn's best result to date at Monte Carlo, which he capped off with an extra point for finishing third in the Power Stage from Col St. Jean to St. Laurent to close out the rally. When asked if his result was better than expected, Latvala commented: "It is definitely better than expected. I was fifth last year and that was my best result at that point. So I was aiming for the top four in my mind, I was never fighting for the victory. The idea was to be better than last year [...] I don’t think we won any stages, but we were constantly second, third, fourth or fifth, and that gave me a 50 per cent better result than expected."

Completing Volkswagen's clean sweep of the Monte Carlo podium was young Andreas Mikkelsen, the Norwegian also claiming his very first Monte Carlo podium finish. "We were clever, and tried to let the result do something for us," said Mikkelsen. "With some good tyre choices, we hoped it would come to us. We were looking for fifth or sixth and would have been happy with that. This has been a great rally and we’ve learned a huge amount."

With Ogier's victory at this race, the Volkswagen Polo R WRC has now won twenty-three of the twenty-seven rallies that it has contested since 2013, a success rate of over eighty-five percent, and Jost Capito's squad appears to be the class of the World Rally Championship yet again this season.

Behind them, Citroen's Mads Ostberg finished fourth for the second consecutive year in the team's third entry, while Hyundai driver Thierry Neuville made it to the finish for the first time in Monte Carlo and finished fifth for his efforts - just eight seconds ahead of teammate Dani Sordo in the overall classification. Elfyn Evans finished in seventh place as the highest-ranked M-Sport Ford driver in the field.

The story of the first two days was the triumphant return of nine-time WRC champ Sebastien Loeb after a fifteen month absence from professional rallying. On the very first stage, he bolted to a lead of over twenty seconds with a new record time on the Entrevaux - Rouaine special stage. He seemed destined to, but after striking a rock and suffering suspension damage on Stage 8 to close the rally, he was unable to repair his Citroen DS3 WRC in time to avoid a Rally2 penalty, which eliminated the grand champion from contention for an astonishing eighth Monte Carlo victory. His eighth-place result is the worst for Loeb in ten outings at the WRC level, he has either won or finished second in nine previous Monte Carlo appearances. Loeb did, however, lead the field with five stage victories, and was second in the Power Stage.

Czech veteran Martin Prokop and British driver Kris Meeke rounded out the top ten. Meeke had an unforced error on the same stage as his Citroen ally Loeb, sliding into a tree and robbing him of any chance of a second consecutive Monte Carlo podium, but like Loeb he too can take solace in winning three of the last four stages, including the Power Stage and scoring a maximum three bonus points for his efforts.

Of those who failed to post a top-ten finish, once again it is Robert Kubica who headlines the list of disappointments. Kubica recovered from electrical gremlins inflicted upon his privateer Ford Fiesta RS WRC at the end of Day 1 to take three stage victories on Day 2, and another on Day 3. But on the final day, he skidded off the road while attacking Stage 14, and the Polish star's rally was over - another stellar performance that will go unrewarded in the championship.

On the very first day, last year's Cinderella story-to-be Bryan Bouffier crashed into a tree on Stage 2, ending the 2011 Monte Carlo winner's rally before he had the chance to try and repeat his 2014 heroics. Fellow Ford driver Ott Tanak ran well into the top five for most of the rally before crashing on Stage 10. Despite a valiant and successful effort by fans to assist the young Estonian back out onto the road, the damage was already done, and Tanak was mired down in eighteenth overall. Italian rookie Lorenzo Bertelli was caught in a snow bank for over an hour on Day 3 after struggling to stay within reach of the points, and finished well down the order in 67th overall.

The WRC moves on to the snowy, frigid challenge of Rally Sweden on 12 February for Round 2 of the championship.
Click to expand...

31 · From Chattanooga, TN, USA
Freelance voice actor, RD Motorsport Writer, and enthusiast of way, way too many things.
You must log in or register to reply here.

Skins THE ROTARY B7 (Group B) CLARION Rally Monte Carlo 1980