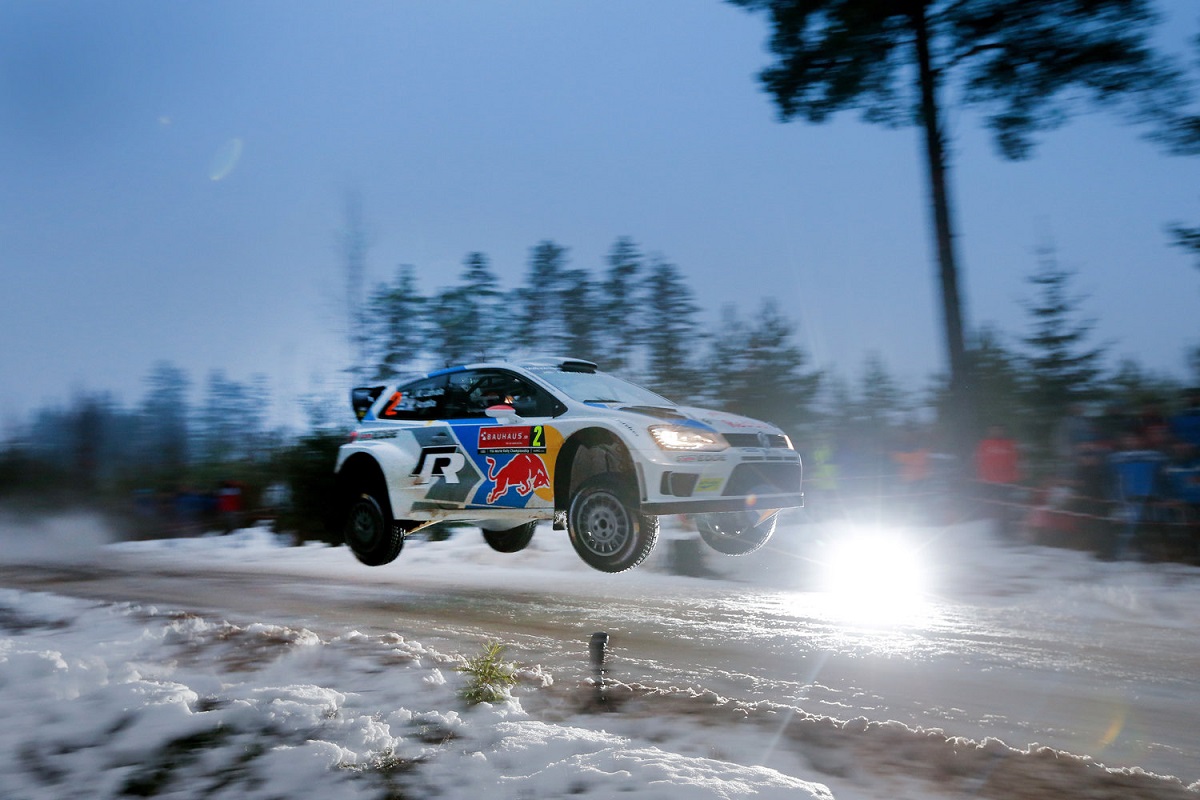 The 2015 World Rally Championship heads to the frigid, snow-covered roads of central Sweden for the second round of the championship - and the only true winter round of the 2015 WRC season.

Based in the rural town of Hagfors, Rally Sweden's icy routes, treacherous jumps, and imposing snow banks are a unique challenge not seen in any other round of the World Rally Championship. As unique as the slimline, studded tyres that will be equipped on every one of the WRC cars as the drivers and mechanics will have to endure frigid winter conditions - at temperatures often plummeting below 0 degrees celcius. The event's festivities will commence and conclude in the city of Karlstad, but not before a thrilling leap of faith over Colin's Crest in Vargasen, and the rally-concluding Power Stage in Varmullsasen. There's even a historic rally that will run along these same roads, showcasing many of rallying's greatest cars from the '60s, '70s, and early '80s.

Historically, fortune favors the native Scandinavian drivers in Rally Sweden, with all but two former winners of this event hailing from outside of Sweden, Finland, or Norway - names such as Blomqvist, Waldegard, Gronholm, and Makinen dominate the list of former winners, and all but twice in sixty-two prior runnings has a driver from those three countries won this rally. Sebastien Loeb broke the Nordic stranglehold of this event for the very first time in the rally's history in 2004. Since that time, Loeb has been succeeded only by fellow Frenchman Sebastien Ogier, when he won Rally Sweden two years ago - and in doing so, picked up the first victory for Volkswagen Motorsport and the Polo R WRC, the first of an astonishing twenty-three victories in the twenty-six rallies since, the birth of an unstoppable force in rallying.

Last year, Ogier won the season-opening Rallye Monte Carlo, just as he did three weeks ago. He and co-driver Julien Ingrassia looked set to cruise to a routine victory in Sweden, at one of his favorite events - he previously recorded two top-five finishes as a Citroen driver. But on day two, Ogier made a rare error - he crashed into a snow bank and lost nearly five minutes of time trying to free his stricken Volkswagen Polo, opening the door for his Volkswagen teammates Jari-Matti Latvala and Andreas Mikkelsen to storm to a 1-2 finish in Sweden. Latvala took his third Rally Sweden victory, making him the most successful active driver in the winter classic, while Mikkelsen scored his first career WRC podium finish.

Since becoming the youngest-ever WRC rally winner in the 2008 running of the Rally Sweden at age 22, Latvala has never finished worse than fourth in the Nordic classic. Three weeks ago, Volkswagen's Flying Finn picked up his first podium finish at Monte Carlo - and seeking inspiration from Richard Burns' methodical charge to the 2001 World Rally Championship, a seemingly matured Latvala seeks to win his fourth Rally Sweden and finally stake his claim to rallying's ultimate prize at the expense of his double World Champion teammate Ogier. But watch out for young Mikkelsen - this former alpine skiier has a stellar track record in Sweden that also includes a fifth-place finish in the 2008 rally at just 18 years, eight months old.

The biggest threat to topple Volkswagen's unflappable momentum in Sweden would almost certainly be Mads Ostberg, veteran ace of the Citroen World Rally Team. Each of the last four years, Ostberg has been on the podium - with a second place in 2011, followed by three straight third-place finishes. And he'll enter this year's Rally Sweden with the added momentum of winning last week's Rally Finnskog in his home country of Norway - seeking to become the second Norwegian driver to win in Sweden since Subaru's Petter Solberg triumphed back in 2005. Kris Meeke, who finished tenth in his first Swedish outing, joins him at Citroen, with the grand champion Loeb now back in rally dormancy after Monte Carlo.

Hyundai's Thierry Neuville has only finished in the points in Sweden once, back in 2013 when he finished fifth for M-Sport Ford. He will have to lead a hastily revamped Hyundai Motorsport squad that is now missing Spanish tarmac ace Dani Sordo, who broke his ribs in a mountain bike crash. The absence of Sordo, who has two career top-ten finishes in Sweden, opens the door for 25-year-old Kevin Abbring of the Netherlands to make his debut for Hyundai. Abbring finished sixth in last year's European Rally Championship, and while the second-generation Dutch driver has seventeen prior WRC starts, this is his very first in the premier class. Neuville and Abbring will be joined by New Zealand's Hayden Paddon, who also makes his 2015 debut this weekend. Paddon entered six races last season, finishing in the points five times - including a best finish of sixth in Australia. This is the Kiwi's second-ever appearance in Sweden.

Mikko Hirvonen and his two previous wins at this event are missing this year, leaving the fleet of Ford Fiesta WRC drivers without a strong record of prior success. Privateer Henning Solberg, age 42, is in his sixteenth Rally Sweden, but Petter's elder brother has never finished on the podium at this event. Estonian Ott Tanak finished an impressive fifth here a year ago, in his first WRC appearance since missing the entire 2013 season. He could be a dark horse for a podium finish, looking to make up for a heartbreaking early exit at Monte Carlo. Elsewhere, WRC sophomores Elfyn Evans and Robert Kubica will both hope to improve on their dismal first outings in the snowy Swedish roads last year, while rookies Yuriy Protasov and Lorenzo Bertelli move up from WRC-2.

The most popular Ford driver in this year's field more than likely won't be any of these talents, instead it may very well be the 24-year-old Swedish phenom Pontus Tidemand - who will compete this year for top honors in the WRC-2 class, in a field that does not include last year's WRC-2 winner Karl Kruuda who will not take part due to budget constraints (in the same boat as Finnish driver Juho Hanninen who also withdrew his Citroen from the event), but will include last year's returning podium finishers Jari Ketomaa and Fredrik Ahlin - both in Fords, and Monte Carlo winner Sebastien Lefebre in a Citroen DS3.

The 63rd Rally Sweden begins Thursday night, 12 February at the super special stage in Karlstad, and runs through 15 February.
Reactions: eSEA One and Bram Hengeveld 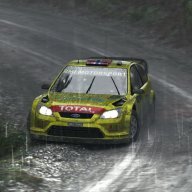 This is how the roads looked at Rally Finnskog this weekend, a norwegian championship event held in the same areas as the norwegian stages of the swedish WRC-event. It certainly is looking to be a good winter rally

And this was last year.

I think me and @Roy Magnes will be at the same spot this year, but a little change though, they are driving the other way this time!
You must log in or register to reply here.
Share:
Facebook Twitter Reddit Pinterest Tumblr WhatsApp telegram Email Link
56 comments
AMS 2 | Nords & More Coming To Automobilista 2 Soon!