In your post about wings in the car creation tutorials section it's told that the method is most likely incorrect and may need correction.
Indeed. It's wrong to multiply it with angle. Instead it's:
Flift = A * v^2 * 0.5 * rho * f(attack_angle)
Where A is frontal area, v is the velocity of car, rho is the air density and f(attack_angle) is a curve function where x axis is the angle of attack and y axis have the lift coefficient. Note that the same formula applies for drag, except that the f(attack_angle) will have drag coefficient in y axis. 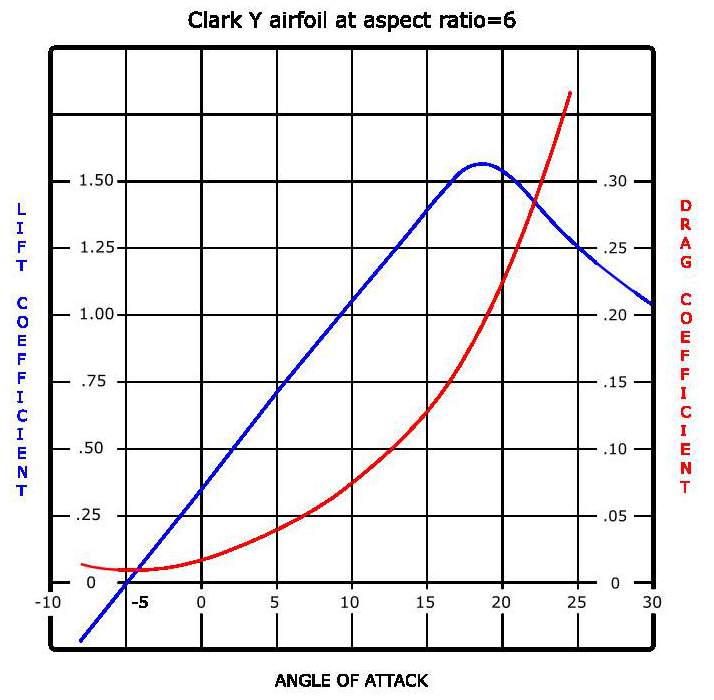 A good example of lift/drag curve
How to get angle of attack? Get the dot product of velocity and wing's facing direction. Most likely the wing will not be circular. For sideways in most cases you wanna make slightly more drag and less lift(because of shape of common wings). So you can add z value to axis which takes in sideways attack angle and modifies the drag.

A simple improvement, but indeed worth it

(I don't know about latest versions of Racer or such, I am telling this according to the article in Documentation where the incorrect method shown)
You must log in or register to reply here.

How do you mod Aero Dynamic's in RF2?

F1 1990's Aero Dynamics (anyone have actual data for the diffuser? rear or front wings?