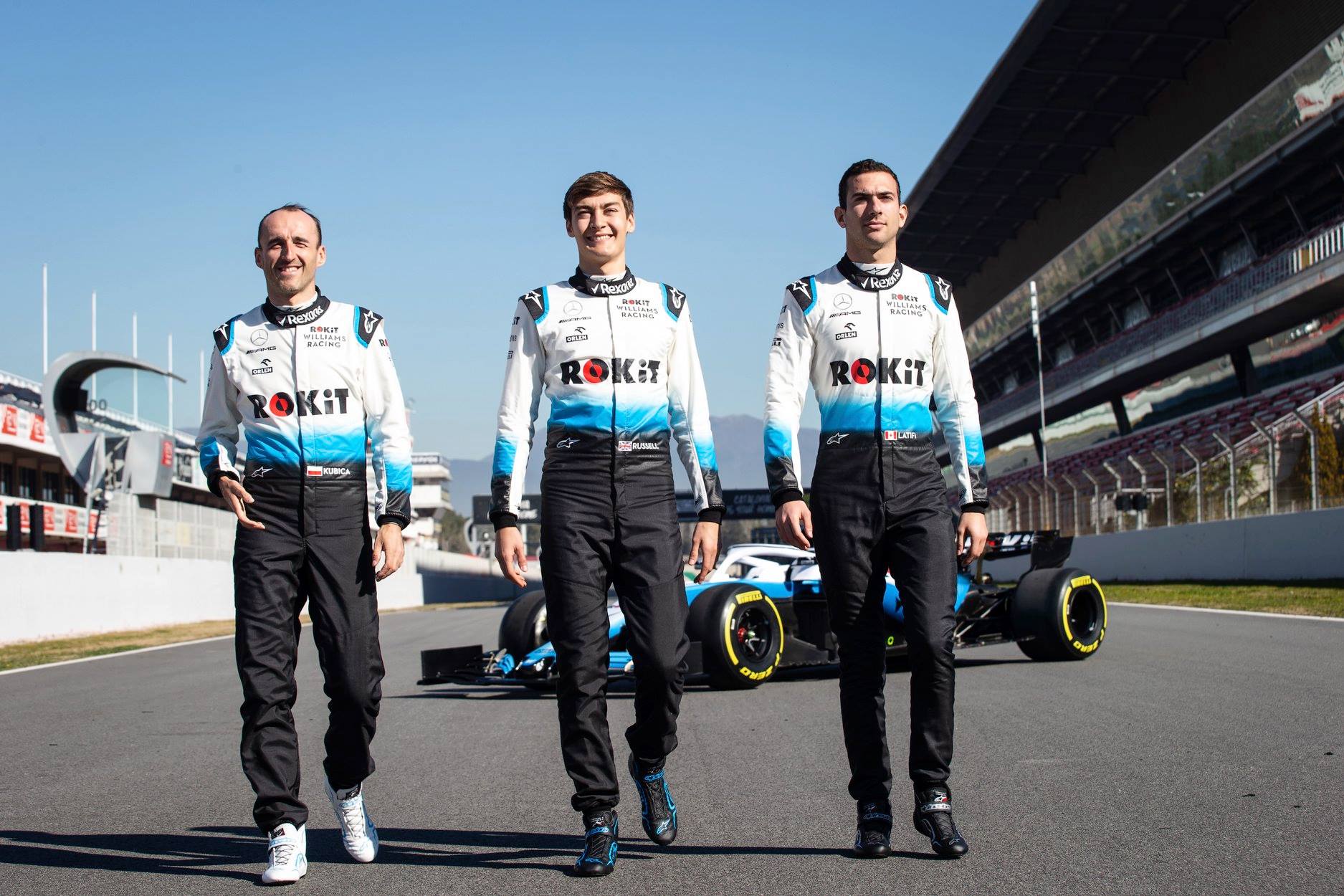 The troubles appear to have started early at Williams - the team confirming they will sit out the opening day of pre-season testing this coming Monday.

Having already shelved plans to perform an early shakedown of the car with special Pirelli promotional tyres prior to heading out to Spain, Williams have now confirmed they will be unable to take part in the first day of pre-season testing at Barcelona this coming Monday - the team citing the need for extra time to prepare the car prior to heading out onto the circuit at the Spanish Grand Prix venue.


“We have had an incredibly busy winter at Grove getting the FW42 prepared for the season ahead and, despite everyone’s best efforts, we need some more time before it will be ready to run.” said Team Principle Claire Williams.​
Despite the obvious issues losing a day of much needed track time will cause the team, Williams remains confident that the additional time taken to prepare the car is the right decision, and the team can recover from this early setback.
​
“Our absolute priority is to always ensure we bring a car to the track that is the best that it can be and sometimes that takes longer than you’d anticipate or like. It’s clearly not ideal, but equally it’s not the end of the world,” added Williams.​
“We will obviously have our work cut out to recover the time lost but we still have seven days of testing left and we will be maximising that time to prepare the car for the first race.”
​
With 2018 having been one of the worst seasons in the long and illustrious history of the team, 2019 will see an all new driving line up of the returning Robert Kubica, partnering up with young Formula Two champion George Russell in the Mercedes powered car. Recovering from the slump that the team have found themselves in will be no easy feat, and for the good of this once proud outfit, I for one hope this early setback isn't the start of a long and difficult year ahead.

Premium
Oh no. That’s a real blow for Williams. Hope they manage to catch up with the developments. Hope they find more in the tank this year!!

Reminds me of McLaren with Honda when they had issues during testing and were missing out days in Barcelona. I don't think they'll be able to recover from missing crucial day worth of data to analyse, especially in such data-driven sport. Their only chance is that their development is already ahead of the others. Which again is unlikely.

I hope I'm wrong here and they'll have something competitive this year. Their driver lineup is something to admire and remembering their heritage it'll be painful to watch them fading out like last year.

Has any team done a decent season after missing out the first test day? I fear this is real bad news.

LeSunTzu said:
Has any team done a decent season after missing out the first test day? I fear this is real bad news.
Click to expand...

Force India in 2015. Had a solid season as the best of the rest.

But this really is not a great start for Williams. Yes, Force India did miss that day but we're talking about Force India here. Force India was a midfield team that always made the best of a tight budget, Williams on the other hand is steadily going down the drain.
A

It's going to be dire for Williams.
The fact Kubica can drive an F1 car with that arm says more about how 'easy' current F1 is.... No wonder 16-18 years can rock up and drive them...

apex11 said:
The fact Kubica can drive an F1 car with that arm says more about how 'easy' current F1 is
Click to expand...

It's easy to drive, but hard to master

Given their current state, things will only get worse for Williams as the season wears on. With every setback they'll have to work doubly hard just to get themselves back up to standard, and it is doubtful they have the resources to do that. I'll be surprised if they survive the season.
I hope I'm wrong, but unless someone swoops in and rescues this team, the writing is on the wall.
A

Did they lose the simulator that Strolls dad purchased for them? i.e did it go along with Stroll?

I doubt losing the first day test will make a blind bit of difference to their season. Not turning up to any race will have very little effect on where they end up either.

BazzaLB said:
Not turning up to any race will have very little effect on where they end up either.
Click to expand...

A sure way to screw any financial rewards.
As for 'testing', a waste of time and money given the limited time on offer.

Maybe they should change their name to (David) Walliams and try their luck in comedy?
It's really sad to see what happened to once a great team...

Watched a documentary on Williams the other night. It's easy to forget it's basically a small family business.

Premium
I just read that they probably can drive not until Wednesday.

Its already done for this team

In the days of no in-season testing; it is very important to have as much mileage on the car as possible before the start of the season.

However, so is reliability. If the car is solid then the team will be able to make progress quite quickly.

As mentioned above the recent McLaren Honda's were very troublesome in testing and they spent so much time stuck on track they lost a lot of prep time.

So if the car behaves itself they should be ok.

Not the same I know, but I always remember the classic tales of the McLaren Honda's being very late. Sometimes they would go to the track a few days before the start of the season....and Senna would set the fastest lap of everyone. Those were the days though when McLaren had very much a magic touch with their cars, they were far simpler than today's cars as of course but it must have really hacked off their competitors! lol

So it's not all over for Williams but they have some catching up to do now.

Premium
Shame…such an important, highly decorated team. You would have thought they got their stuff together with the Merc engines in 2014, but it just got miserable until now.

Premium
The team of old bears no resemblance to the team today. Patrick Head leaving/retiring was the end of the old team. You are only as good as the people designing and engineering your car, see also McLaren.

Fabian Biehne said:
Shame…such an important, highly decorated team. You would have thought they got their stuff together with the Merc engines in 2014, but it just got miserable until now.
Click to expand...

I keep wondering: If the "best of the rest" teams do indeed buy the same engine the works teams use in the same season (according to Wiki for example, Mercedes and all their customer teams used the Mercedes M09 EQ Power+ engine in 2018), Is it that Ferrari, Mercedes and Renault are just that much better at drawing out the most power out of their engines (since they designed the thing), or is that they just have that much more capital to throw around for designing a better chassis? Or is it a bit of both? I'm inclined to believe the latter since Red Bull with a Renault engine has performed better than Renault themselves...but then again, I don't think Renault had as many PU failures as Red Bull did last year...

Premium
The fact that they'll miss tuesdays running aswell should bring in questions whether Lowe has a future at Williams. Missing two crucial testdays is simply unacceptable.
You must log in or register to reply here.