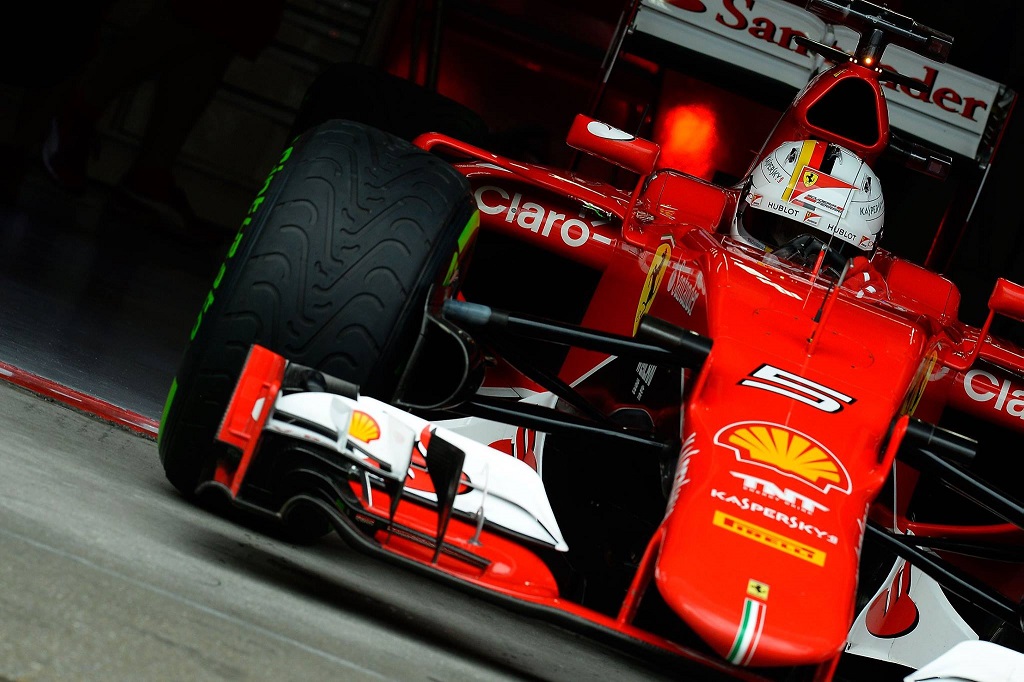 Both Sebastian Vettel and Ferrari technical director James Allison have refused to get too excited about the implications of their Malaysia win two weeks ago, insisting Mercedes remain in front.

After Malaysia’s tropical heat was suggested to have played into Ferrari’s better tyre performance during that race, allowing them to overcome the two Mercedes which dominated in Australia, speculation is that the cooler Shanghai will mean the German marque’s advantage increases again.

Vettel, despite having taken his first win since 2013’s Brazilian Grand Prix, said in Thursday’s press conference that "We are realistic about where we are and what we want to achieve. The targets haven't changed." He went on to state that the main target “is to ensure that the gap gets closer with Mercedes."

The 27 year-old also appeared to concur that Ferrari’s pace relative to Mercedes would partly depend on the venues visited. "It [Ferrari's pace] was for real two weeks ago - I don't think Mercedes backed off! It's was nice to see we were so competitive but there were also a couple of circumstances coming together. But it's most important we managed to capitalise and get a very good result and win the race.

"For here and the next races in general the start of the season things can be up and down and we want to make sure there’s quite a lot of ups and not so many downs, but it’s normal that at some races you are more competitive than others."

His caution was echoed by Allison, who explained to Press Association: "Our car has a pretty decent cooling package. That allowed us to operate in the fierce temperatures like we experienced in Malaysia without having to open up the car.

"The track was also rough and hot, which is hard for tyres, and we're fortunate the car goes well on its tyres. Quite what problems were going on in Merc-land I don't know. But I'm fairly sure we will have our work cut out in China to do as impressive a job as we did in Malaysia."

Asked if a championship challenge was actually possible, he replied: "I don't know about that. I'll tell you at the end of the season. There is a lot of work for us to do before we can head into every race weekend confident we can hunt for the victory from the first session of that weekend.

"But we do have a fairly exciting development plan, and we've a lot of performance to bring. It should at least be an interesting season to see if we can close that gap so we are genuine contenders at any weekend."

Ferrari definitely look closer to the front than last year, when even podiums were a remote possibility for the Scuderia and beating Mercedes required being Daniel Ricciardo in a Red Bull and also quite lucky. Plus F1, given its current troubles, could do with more than just a one-team championship battle to reignite flagging interest in the sport, but it’s probably wrong to think that the world champion team’s huge advantage has already gone completely.
Reactions: Dmitry Sorokin, Bram Hengeveld, Bernd Graf and 1 other person
R