Three stages of Guanajuato to look out for 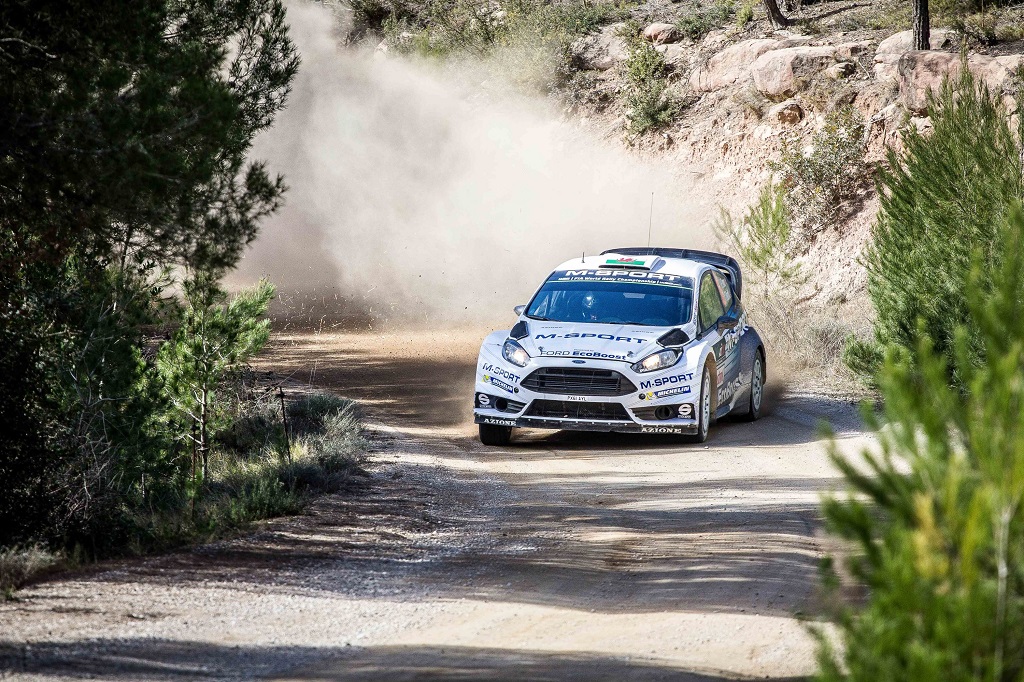 With the Rally Guanajuato Mexico just a few short days away from starting here are three things to watch out for as rally fans and analyst.

Rally Mexico once again serves as round three for this year’s World Rally Championship and with Sebastian Ogier winning the first two rounds, all be it with a much harder fight, looking to ring home his advantage and increase to pressure to the chancing pack. This year however, the drivers won’t be as hard to dispatch for as we’ve seen with the first two rounds, the other guys are really up for it this year and don’t seem to be playing dead as they have done the last couple seasons. So before you write the championship off as a fore gone conclusion for another year let us look at three things that could make this fight a bit interesting.

(1) Hyundai World Rally Team: Firstly, the German based Korean manufacturer has provided us with a few shocks last year despite that car being light-years off the pace of the rest of the pack. They took a 1-2 finish in Germany after the competition failed to capitalize on its own dominance and Thierry Neuville’s pace with a relatively slower car really surprised many after to really strong performances which sees him lat second in the title chase going into this round. Let’s not forget it was in Mexico that he captured Hyundai’s first podium finish when he had to use a bottle of Mexican Lager to insure that his car got to the finish. Also, Hyundai have announced some spanking new upgrades with an new paddle shift that Dani Sordo seems very pleased to have after a recent interview on the TotalRally podcast and a special fuel injection system which is designed to reduce the amount of power lost the engine suffers in the high altitude of Mexico. Speaking on this Team Principal Michel Nandan said to WRC.com “the altitude will be one of the key factors in this rally so we have tested these conditions on the engine test bench.” Let’s hope this upgrade allows both Thierry and the returning Dani Sordo to unsettle the battling drivers on the top of the leader board once again.

(2) The Stages: Secondly, Rally Mexico serves up one of the most unique challenges in the calendar year because the stages rise to such an altitude that the engines can lose upwards to 30% of its engine power, which teams spend days in trying to combat this testing at altitude in Europe. Adding to that they are three monster stages, these include the El Chocolate stage at 44.13 kms, the Otates stage at 42.90 kms and mammoth Guanajuatito stage with an epic 55.82 kms. To put that in to perspective those three stages combined are the equivalent of the entirety of the biggest local rally for my home land, the Sol Rally Barbados after its two day. However, the El Chocolate and Otates will be running twice and Guanajuatito running once on the final day and those stages have the capacity of change the complexion of the rally and the bravest and most consistent man often benefits.

(3) The Vikings: Finally, one must beware of the Vikings, Jari-Matti Latvala made a surprisingly great start with second in Monte Carlo and an unfortunate incident took certain victory from his clutches in Sweden. He’s always been dangerous and if he can channel the Richard Burns spirit he spoke about then he can be a real threat this year, difference is he needs to win and not just finish and hope Ogier has a bad one so as to close the gap to the top. Then there is Mads Ostberg, who says that Mexico suits his driving style, “On this event you need to adjust your driving to cope with the lack of power… my driving style seems to fit well with this situation. I don’t make so many mistakes. I’m quite clean on my driving and this is one of the rallies where that pays off.” In addition, Osterg lead Mexico in 2013 and in 2014 before a technical issue halted him in 2013 and a bank ended his chances in 2014. Combine his past performances with the fact that he seems very pleased with the progression of the car from last year then we can be rest assured that the Volkswagens won’t have it all their own way in Mexico. Finally, one must never forget about Ott Tanak and Robert Kubica, men so fast that the car sometimes struggles to keep them on the road; the race is going to be hot in Mexico and I can’t wait to see it.

Premium
Add to the fact Ogier has to clear the gravel roads for the first two days being championship leader will make it interesting. Also don't rule out Kris Meeke - he is the closet driver to the VW's - if he keeps it together I predict a podium in Mexico

Latvala's P2 is gone, he is having problems.
You must log in or register to reply here.