Premium
Your place for all real and virtual motorsport chitter chatter is back once again - The RaceDepartment Podcast Season 2, Episode 8 is now available to download.

In this latest episode @Paul Glover, @Davide Nativo and @Daniel Monteiro chew the fat in the virtual studio on a wide range of topics, from the world of next generation consoles and new graphics cards, to league racing and one off online events - sharing their thoughts and opinions on some backbone topics of the virtual racing world.

Also in the episode we ask our listeners to help out with a spot of jingle music creation... stay tuned on racedepartment.com tomorrow for more details and how to enter...

As always, thank you to @RasmusP for audio editing - much appreciated sir!


To help you access the various locations of this latest podcast, you can check out the useful list below of just some of the places you can listen to and download the new episode. Of course, if you missed the RD Podcast excitement last time out, you can still catch up with all our broadcasts too…

Please do feel free to leave us a review on your podcast service - help spread the word!

Do you have any special requests for future episodes? Do you want to share your thoughts, comments and feedback on what direction the show could take going forward? Please do let us know in the comments section, and at the RD Podcast sub forum location.
Last edited by a moderator: Dec 11, 2020

Premium
Going to do a 4 hour long drive in a moment. This will keep me awake and entertained for half of it.
Thanks guys for doing this for all of us!

Premium
@Davide Nativo I had a little chuckle about the "stuffed more stuff on this stuff"
Yeah, Nvidia went from 12 to 8 nanometers

About evolution or revolution @Paul Glover, the 3080 eats 380w in the reviews.
The 2080ti is below 300w when not overclocked.
So rather an evolution, since you basically buy the higher fps 1 to 1 with higher power consumption compared to the 2080 ti.

Still an amazing piece of tech and due to the lower price an awesome card!

Was very nice to listen to you about consoles, sims, periphery and practicing and handling endurance races and incidents.

RasmusP said:
@Davide Nativo I had a little chuckle about the "stuffed more stuff on this stuff"
Click to expand...

Listening on Spotify, thanks for the upload guys. My daily commute to and from the office for the next few days will be more bearable now.

Premium
Interesting topics guys. It’s a good time for me because my pc is pretty old now, I’ve got my eyes on a new Alienware Aurora when they release the new options but still not sure which card to go for yet. I have a 1440p monitor but could upgrade to 4K ... there’s lots of ifs and buts involved.

Honestly, not too fussed about the new consoles. I’ve barely used my PS4 over the last 6 months, apart to play Fall Guys for like half an hour lol! I guess I’d go with PS5 but I’m going to wait and see how the land lies in 6 months to a year after launch.

Re the intro jingle - defo go with Davide’s option !!!

or that bit from the F1 99 intro where Murray Walker says ‘when the lights go out, the race begins!’
Or get Martin Haven involved! 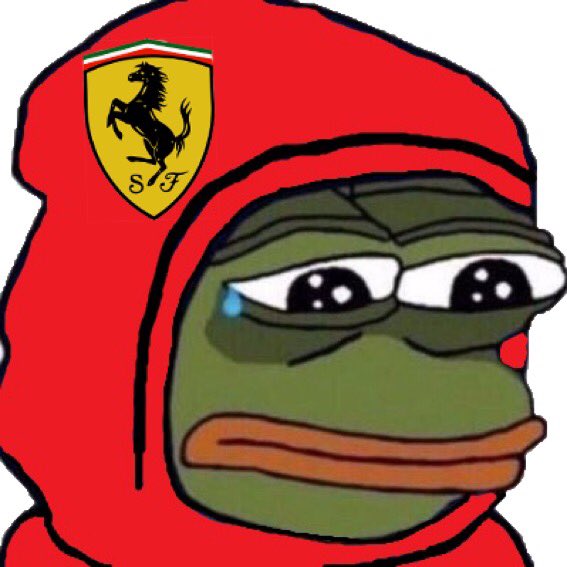 Please Paul... we need a lift in the red camp!
You must log in or register to reply here.