Spanish GP: News from the paddock on Saturday morning Further fuel has been added to the fire concerning Audi joining Formula One, Ferrari's sporting director is not here in Spain, conflicting stories emerge over stories regarding Pirelli using softer compounds throughout the rest of the season and Rosberg receives first reprimand of the 2015 season.

An ever-present rumour has built momentum overnight, Audi could well be joining the Formula One paddock. Former Ferrari chairman Luca di Montezemolo has been quoted saying “A mutual friend told me that Mateschitz (Dietrich Mateschitz owner of the Red Bull Formula One team) is thinking of selling and is trying to convince Audi to come in." Audi chairman Rupert Stadler said “I can’t answer that,” when asked for a yes or no answer in regards to a Formula One debut and a very long awaited return to Grand Prix racing. Audi has technically never raced in Formula One, as when they last raced in a Grand Prix it was 1939, and Formula One hadn't yet started. A little known fact is that actually Audi were originally known as the silver arrows when they were a leading Grand Prix outfit back in the 1930s.

Massimo Rivola, Sporting Director at Ferrari, has been “removed from his duties” for this weekend according to reports from the Italian press. Reports as to why he isn't here this weekend vary, with some saying he is absent from the circuit for personal reasons, and Germany’s Bild newspaper have reported he has been dismissed. Bild also added he has previously been linked to McLaren, however there doesn't seem to be a position vacant for Rivola.

After claiming this week that Pirelli are to go softer on F1, Paul Hembery has hit back saying “The fact that we have the soft and supersoft in Monte Carlo is nothing new, other than that I see no more than one or two opportunities to go softer than in 2014, such as in Sochi where we were too cautious last year because the track was new.” This comes after RaceDepartment's very own Sebastian Scott asked Fernando Alonso about Hembery’s previous statement this week. Alonso seemed unimpressed, stating “It’s their decision. I’m not a huge fan of changing philosophy in the middle of the championship, of which tyres or which compounds you need to bring to the races. You should stay with the original philosophy. But you know, as I said, it’s like that. Probably for our car, if I'm honest, maybe it’s better the soft compounds. So maybe it can be a benefit for our performance - but I don’t say that. I say that they should stay with whatever was the original plan because they could change the result of the championship."

Lotus chose to break the circuit curfew on Friday night as they carried out work on their cars, which they are permitted to do twice per season.

Finally: after crossing the white line at the pit lane entry yesterday, Nico Rosberg has been given his first reprimand of the season. The stewards deemed that the way in which he crossed the pit entry line was a breach of Article 12.1.1.i of Appendix L of the International Sporting Code.

"The driver crossed the line separating the pit entry from the track and did not stay to the right of the bollard, as required in the race director's event notes," said the steward's spokesperson.

Charlie Whiting's notes for drivers on Thursday specifically noted that "for safety reasons, drivers must keep to the right of the bollard at the pit entry."

Would you like to see Audi return to Formula One? How do you think they would get on with their hybrid and chassis technology?
Last edited by a moderator: May 9, 2015
Reactions: airutonpurosuto8912 and Bernd Graf

I would like Audi in F1, but not how it is according to some rumors...Since they say that Audi want to focus on F1 but if they do they will drop DTM, so if that is true no then I dont want them in F1...

But if they are going for DTM and F1, yes then I deffintly want them in F1! 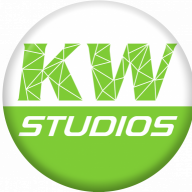