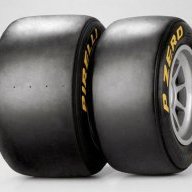 Here’s Man On The Internet cover of space boy to celebrate 20 years of Initial D anime and produced by myself (mynameissport).

Link to view / video available below - ​

Wanted to acknowledge the series by picking one of my favourite eurobeat songs. Originally sung by Dave Rogers, song was used in First Stage 1 The Ultimate Tofu Store Drift when Takumi is drifting down Mount Akina in his AE86.

This is my last produced project for 2018. Comments and feedback are welcome. And feel free to support the project if you like and check my channel and other videos.