First things first, I firmly believe it is mandatory that you see the broadcast with @Joseph Wright and @Paul Glover, so if you missed it first time, check out the race recording at the head of this article!

I am going to describe the races succinctly and then move to the important topics...

As we saw, pre-qualifying was very close and we should have expected the same for the qualifying session at Imola. Since it was open qualifying, all drivers right from the first second went out from the pits to try to get some clean air, but bugger me the light was red and traffic jam city! Soon after, the two Chris' decided to fight for who is going to do the first lap and ended up in some exciting half a lap of actual racing! Finally they sorted it out, and Chris Shepherd led Chris Butcher and the field into what was to be a interested qualifying session.

At the end it was Butcher by 0.050 from rocket man Matt Le Gallez. 3rd was Shepard, with new guy on the block Luka Berk 4th and our resident champion fifth. Bram Hengeveld only managed 16th as he spent his qualifying session mapping and resetting ffb, he always likes a challenge...

In Division 2 , Pole Position was comfortably taken by Matej Ivanujsa, with Mike Mcgeer in 2nd place and Michael Klein 3rd, although this writer would have expected Frank Lehman and Dave Stephenson to do better, but who am I to have expectations!

In Division One the opening race was a blast, with Butcher taking the lead and in the first laps it looked like he had the pace to pull away early on, but it didn't work out that way, as Mr. Shepherd kept him honest and 'Rocket man' Matt Le Gallez right on their rear bumpers.

Not long into the race Le Gallez decided, "ok, enough of this” and passed Shephard and was all up in Butchers business, at this point I said “ Ok, Mat needs to be tested for positive enhancing drugs” one lap later Boom Jaw Drop, Le Gallez leads Butcher.

While all that was happening Ross, who didn't have a strong Q session was silently (see what I did there?) coming into play with Le Gallez’s team mate , I ain’t going to describe all the passing moves and attempts as it's suffice to say that the last laps saw 6-7cars fighting for the lead - if that isn’t strong enough reason to go watch I DON’T KNOW WHAT IS.

One honorable mention goes to Halili for sticking at it and maybe next time you get Rachel Riley to do your maths...


As for the race in Division 2, it seems like pole sitter had an early DNF leaving Mike Mcgeer to win with Klein in second position. Rounding out the podium places would be the hard charging Juka maataanen


Race 2 saw Halili on pole with the full reverse grid, and the first laps where just crazy as the back of the grid was on Fire, that road was on fire, everything was on fire until Eduardo Garcia came to put the fire out, passing Halili and having the pace to make a substantial gap. Hengeveld managed to pass Hallil also, but had nothing for Garcia and our final podium spot was the silent assassin that assassinated Halili right at the end for that podium... still a mega job from Halili while hard fights ment Bucher was only 7th with Le Gallez right on his tail pipe.


Division 2 saw Matej make amends to take the win with Jukka second and Steknik 3rd, while McGeer could manage only 11th position. One of the pre-season favourites, Frank Lehman also had a poor opening weekend of the season.


The Silent Assassin Way
Now…..RDMC by Extreme Simracing drivers need to get this into their heads, Silent Assassin just made a killing while he wasn’t in his best shape, for all the time I have known Ross McGregor that's what he does - if somehow he's not on the pace he will get a hook and get towed along the way slowly but surely, not getting into huge fights. He makes a clean move that sticks and moves on like Mr. Charles Emerson Winchester the III. “I do one thing at a time, I do it very well, then I move on”, and that’s what brought him amazing results in amazing leagues, that’s the Assassins rule book right there, so hopefully someone will have some sort of counter weapon or strategy.

Give it uuuupppp for Mr. MATT LE GALLEEEEEEEZZZZZZZ!!!!!!
I have raced against Matt and he can be fast on his day, and with no offence meant to him, neither me or some of the drivers saw this coming. I don't know what he ate for breakfast or what he's smoking, but he’s smoking fast right now and even though the results didn't come his way he made a huge statement.

For me personally, he was by far the driver of the day and just impressed me with his speed and attitude, maybe a tad too aggressive at times but he was absolutely on it from the off. What I wish of him and if he will accept a small token of advice is to not get flustered if the results that his speed deserves don’t come, as the company that he is in is really high end. Both Chris and Ross have considerable league experience under their belts, and know how to handle pressure and maybe have a tad more race-craft but Matt, if you are reading this massive congrats on the level up in performance and keep at it. It will come!

Chris and Chris properly fight
This was a fun titbit that I saw throughout the event, starting in Q session then definitely escalated in Race One, but for them is the norm as they have raced each other enough times to know that "rubbing is racin'" even though at times on the broadcast it seemed a bit hard.

I am sure we will see more of those two trading paint, and hopefully all will end well - just watch back the broadcast and try to focus on them…..

Race 2 full reverse Grid
Massive congratulations to Eduardo Garcia for his race 2 win, he had the pace to make the gap and earn a very well deserved top spot on the podium. Hengeveld followed in second. I'm well chuffed with that as well he was, saying that he was nervous before the event says a lot about the league and Bram enjoyed himself very much. Congratulations to Bram and hope for many more to come. It was also a very good race for Halili. He didn’t succumb to the pressure and got a very solid fourth place finish - maybe next time a podium will be on the cards.

This full reverse grid will be the championship decider in my mind, as people might get lucky and slice through the field or make a pass at the wrong time and place and secure a DNF as reward. The balance between sheer race pace and aggressive passing is so fine it will be very hard to find the right way, but that's better for us the viewers as the spectacle will be top notch..


RDMC and mostly clean racing …...what's up with that?
I am not one to complain, but usually so much testosterone in small equal cars results in some misplaced aggression and I haven't seen that this weekend, which WAS MEGA FANTASTIC ULTRA BOMBASTIC and hope all drivers keep the same attitude, even though some misfortune will happen here and there - but overall from my point of view it was clean racing, which is awesome for everybody.

Brands Hatch is the next track and it’s kinda difficult to pass there, so let's hope people don’t get impatient and behave themselves as in Round One, providing another amazing spectacle for us to enjoy..


Winners and strawberries - Round 1 by Mr. C (late the hate come in)

In the end I can say I am really happy that I do a small part to be part of this season, but very disappointed that I can’t take part but such is life, and maybe RDMC by Extreme Simracing will be here when life will allow me to race, and in the end if I can have a request from the drivers and commentary team it's for them to get together at the end of the race 2 and have a small chat, getting the reactions right at the end is always great.


Ending up with Joseph’s summary of round 1

P.s. - disclaimer - I am by no means a professional writer so take this article with a light heart and see the funny side. These are my personal opinions and don’t reflect in anyway shape or form what RD administration thinks, or the RD community in general.


Don't forget, you can catch all the racing action, live and exclusive, on the RaceDepartment Twitch TV channel.

Will the broadcast be on yt?
R

Thanks for the write up Mr.C! Looking forward to watching the broadcast back when I get some free time 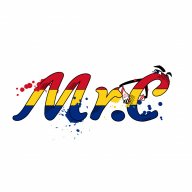 Tim Meuris said:
Will the broadcast be on yt?
Click to expand...

If you press the top image/video it will redirect you to YouTube.
Reactions: Tim Meuris 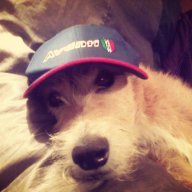 How many laps was completed I missed it, put 1001.
Reactions: Caramidaru Andrei Bogdan 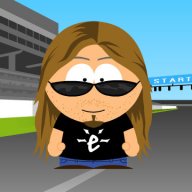 Well said.
I hope it will be better in Brands.

Hmm not sure if it's brother or son..ah well..
Reactions: Caramidaru Andrei Bogdan

Hmm not sure if it's brother or son..ah well..
Click to expand...

There are thousands of Le Gallez's on RD, just pick one will you

Bram Hengeveld said:
There are thousands of Le Gallez's on RD, just pick one will you
Click to expand...

Hope they don't all come from the same island, it's only small.. 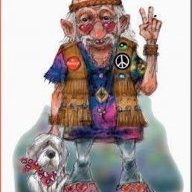 Well I enjoyed Div 2 for the most part, little practice and a poor setup cost me dearly in qualifying. Then with a little help from @Mike McGeer the race was far more enjoyable as I was at least on a par with most. Just so you know @Mike McGeer, by the time I found your setup quali was done and dusted, then forgot to save either of them and now they are but dust in the wind. Any chance of doing the same Saturday and I will save these. 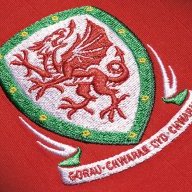