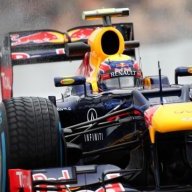 Q: Pole! Was 0,050s off my PB so quite happy there
R1: A complete mess. Don't wanna waste more words on this one. Hopefully the feature race next week will be a lot better.
Reactions: MOOOOOOOOOSCHT and Valerio Vinassa

Q.no good 1sec out my pb
R like always no more tires at the end ,i tried on server 15laps and was on 14% with ,5 sec better on pace but this evening 6% and more slow maybe race pressure anyhow not so bad this race some pursuit with Andrew is always fun.
see you for the part 2
Reactions: MOOOOOOOOOSCHT and Andrew Hollom 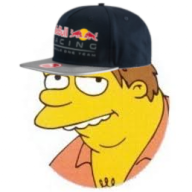 Qualifying: I really wasn't too concerned how fast I went, as I wanted to start at the back for race 2 and try to keep people in sight till the pit-stops started, so I didn't even use my qualifying setup.

Race 1: For some reason not in reverse order, which I don't really mind, but the rules need changing so they match what actually happens. The start was okay, and I kept up with drivers ahead, even having a look down the inside of Russell into T1 at the start of lap 2, but made far too many silly mistakes, letting people by like I was scared of my own shadow (perhaps turning them off would help). Eventually I caught the tyre-eating Valerio, but got such a good run out of Junção that I tried to go around him in the 'gentle' left-hander at the top of the hill, which wasn't doable with the MDP and I spun. The flat-spots were so big that I was scared I'd wake the kids up with the clattering noise from the wheel - it was that noisy!

Race 2: I had what I thought was a setup that was so nice and easy on the tyres that I didn't have to stop, so was quite looking forward to seeing how it went, especially as my pace (between mistakes) in race one was not that bad (relatively speaking of course!). Unfortunately, the race was postponed due to lack of numbers, which may have been a blessing, as I wasn't feeling great. I also have a little time to try and sort out the rear locking issue I have, which isn't just front/rear balance, more in the transition.
Reactions: MOOOOOOOOOSCHT and Valerio Vinassa

Sorry for the hassle last night folks, and your right Andrew there was no reversed grid for Race 1 when there should have been, Peter was having some RL trouble so nothing went according to plan (I'm sure we can forgive him that as everyone's RL is more important than racing). Next week we will get the event finished off regardless of numbers (although I hope their back up), if there is enough of us we will just go with a normal night and do Race 1 and Race 2 but the first Race will be for no points and Race 2 will be the point scoring Race, this gets us back on track for the normal cycle and hopefully no more problems occur from then.

Happy with that with no practise until just before the races, I knew Interlagos fairly well so was able to get to grips with it quite quickly.

Ultra pleased with this, the practise starts showed that I could get a decent start and pull a gap if I got off the line well and in the race thats what happened, managed to pull a big gap by the end of lap 1 and then just headed off into the distance, this was probably my most consistant driving for a few seasons and I hope its not just a one off, time will tell

Grats everyone who turned up and lets hope next race there will be more of us there
Reactions: MOOOOOOOOOSCHT, Valerio Vinassa, Raymond van Soest and 1 other person 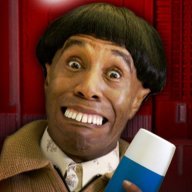 I’m eagerly waiting my triple points David
And points for my doughnuts which no one saw me do, but they were the best
Last edited: Nov 29, 2018

Q: Although I didn't prepare for a quali run, I managed to get pole again with just 0,031s between me and David
Race2: P2! As I expected, I lost the lead directly to David, and Artyom just came past me with his MDP like I wasn't even there. After around 10 laps I started gaining massively on David, and when I came close he pitted. I pitted a couple of laps later and came back 2s behind him. It was a good chase untill David spun unfortunatly. Never saw Artyom again Losing sight on him for the title with just 2 races to go
Reactions: David Turnbull and Valerio Vinassa

false race1 was really fun but race2 so and so, i tried to change my setup.need something more (never do before the race ) in true a nice feeling with this but the wear so 2 pits for me and managed to finish the race.
Reactions: MOOOOOOOOOSCHT and David Turnbull

I'm not going to do a full video for this race as race 1 was a bit messy and race 2 was quite a lonely race. Thought it would be funny to do a lap comparison though, as the difference between me and David was so small

Race 1: Started second and got a good start and led for the first time, but on lap 3 I got a sturdy whack from behind and my short-lived dream was over. Then tried a bit too hard and spun, uncontrollably whacking Valerio (my apologies) in the same corner he did me, getting a really close look at the lovely picture of dogs on the side of his car!

Race 2: Started second to last and got away in grid order with no incidents, Harry sneaking by into T4. Chugged around as fast as I could and was up to 4th after Francisco and Russell pitted. Francisco caught me in a few laps and passed into T1 where I made my only real mistake by putting my right-hand wheels just off the track as I looked left to see if I could turn in, which let Russell by as well. Eventually finished 5th because David retired and was the last runner come the end as everyone behind had also had enough.
Reactions: Valerio Vinassa, MOOOOOOOOOSCHT and David Turnbull
You must log in or register to reply here.
Share:
Facebook Twitter Reddit Pinterest Tumblr WhatsApp telegram Email Link
0 comments
RaceRoom Racing Experience | WTCR 2020 Now Available
32 comments
Assetto Corsa Competizione | Another Hotfix is Here!
43 comments
Gran Turismo 7 | Release Delayed Until 2022