Request on behalf of an Ex IOM TT Racer 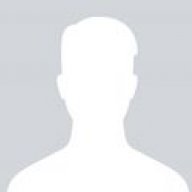 My dear father-in-law is "Tom Loughridge" who at one time raced Yamaha bikes at the Isle of Man TT. Some of the older members may recognise the name no doubt.

Tom is now in the latter terminal stages of Pulmonary Fibrosis, and he and I have spent many days where I have listened to him recount his racing experiences throughout Europe.

In a bid to bring some better days into his life, I have recently contacted Suzuki UK, and also the official Isle of Man TT organisers, both of which have honoured Tom with a small token of recognition for his achievements (in the case of the IOM Committee they honoured him at their recent dinner). This has meant so much to Tom and has made some difficult days for him just a little brighter.

Here is a link to a sub-page where Tom mentions racing Yamaha at the IOM TT and also a link to the main site where he talks about his racing career, along with some great pics of "old time racing back when men were men" .

If you take a look at his career you will see how close he came in past days to becoming a "racing great". Indeed Tom told me the whole story about he just couldn't afford to buy one particular bike at the time, it was the very one that Barry Sheene rode to his first World Championship. I asked Tom "If you had that bike - would you have been World Champion?" and he replied "Yes it would have happened". Tom also ran one of the largest motorcycle dealerships in the UK before the downturn in the 1980's and he has contributed greatly to the UK motorcycle road scene over the years.

I am not asking for donations or anything like that. I am asking that those in the racing community could point me to people who may remember Tom, or have had associations with him in the past. I'd love for my Father-in-Law to get a letter, or an email from an old associate, just a few words of encouragement to help him think of better days and lift his spirits for a wee while.

If you feel it would be appropriate to help me out, then please don't hesitate to reply.

I can give you my Northern Ireland mobile if you send me a private message (Tom now lives in Mosside, Northern Ireland), but due to my very busy job might not be able to pick up immediately - I will though get back to you ASAP. If you are able to encourage Tom, then I can supply his email or postal address - it would be so much better for him to receive a surprise "out of the blue" than through me.

Thank you so much for your consideration,

What a touching idea, I hope you're successful.
@Andy_J please can you help as our resident IOM guru

A touching idea indeed. But I am not in a position to aid. I was never involved nor do I personally know anyone involved with the IOM TT.

I wish you good luck David.

Andy_J said:
A touching idea indeed. But I am not in a position to aid. I was never involved nor do I personally know anyone involved with the IOM TT.

I wish you good luck David.
Click to expand...