As seen on the latest news at RSC:

James Burgess said:
Leicester, 4th June 2008 - Kalypso Media are pleased to announce the release of Racing Team Manager in the UK in July. The first racing manager for PC in six years and developed with former Formula 1 pilots and racing experts, Racing Team Manager will be on sale in the UK in early July, just in time for the Silverstone Grand Prix.

Take control of a team, or establish a racing team of your own. Excel in clever negotiations with drivers, suppliers, and sponsors. Participate in the research and development of new cutting-edge technology, and create an ideal setup. As the boss of the team, you get to decide on the right strategy and manage the success of your drivers on racing weekends. You keep an overview during training, qualification, and actual races. Every tenth of a second counts – and you're the boss!

Features:
• Extensive management simulation for racing enthusiasts
• Take over an existing team, or establish your own racing team
• Construct your own cars from 16 different components
• Get involved and give instructions in the ongoing race
• Multiplayer mode for up to 2 players via LAN or internet
• 17 racetracks, more than 170 drivers and 370 other team members
• Editor for adapting driver and team properties

Racing Team Manager will retail at £19.99 in early July 2008 and will be published by Kalypso Media.
Click to expand...

Yeah I saw that in an ad, Why pay £20 when you could get GP Pro for free
J

James Johnson said:
no not really you have to control your cars mid race aswell i think
Click to expand... 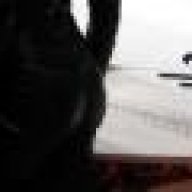 You dont have to have flawless graphics to have a good game, thats a tad short sighted and narrow minded to be honest.

I used to enjoy the F1 manager game years ago. Had a nasty habit of crashing though, and even that game had shoddy graphics.

Its well overdue to be releasing another decent manager game I think. Does the game have realistic teams, etc? It doesn't look from the box like its a licenced title.
E

It looks like Pcfutbol on spain. I think if I buy it i would cry.

Why do they make bad games? 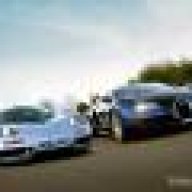 its a bit complicated... i have both RTL & GP World manager.... RTL looks more modern but GPW although outdated is by far the best manager F1 game.... Again u have real driver & team names here. I am yet to finish a full season on RTL... somehow i find it a bit boring compared to GPW.

Like Andy pointed out, u dont need to have excellent graphics to make a good manager game.. it shud have a good sim engine... RTL is not very realistic.

Still am waiting for F1 CM or better to come out..

Ross Balfour said:
Yeah I saw that in an ad, Why pay £20 when you could get GP Pro for free
Click to expand...

u r right Ross... i bought it from my friend for 32Euros.... not worth really

Am allready a team manager

Looks interesting though, I know couple people who would like it.