I have an old version of Racer (0.82 maybe, with no Newton engine yet) with collision sounds.
I mean, you can hear the cars hitting barriers or each other.

But, as far I know, the actual Racer version does not have that (really nice) functionality.
Someone know if it is possible, or if it is a future goal for the project?

Actually it's already implemented in the newest Racer, impact sounds, and even scratch sounds ... including a material system to control friction and elasticity.

I will email Ruud to ask him if he can put the tutorial online ! 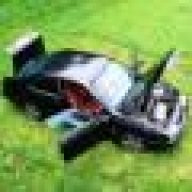 That's great news Mitch! Finally the collisions will look, well, real. Do you have any idea when Ruud is going to release 089. It's time, more than 2 months have passed since the last release.
M

I don't know when Ruud is planning to release the next version..

But i think it might be a good idea to release less frequently for a ton of reasons, but that is up to Ruud.
I will poke him tomorrow 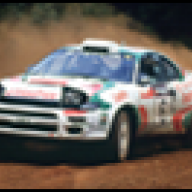 Yeah. Such as making sure you don't have to go back and fix bugs and errors with it lol. Good luck guys
D

..But nothing at all.

but somethig somehow or somewhere is missing, because the thing does not work.

Some hint, some help, some cue?

It didn't work because the released versions of Racer don't support that. We'll have to wait until Ruud and Mitch release 089, very soon I hope .
Btw, how are you progressing with AO Mitch?
D

Aaah, yeah, gotcha.
Mitch, when you said 'Actually it's already implemented in the newest Racer' I understood the newest version available...
I didn't get 'the next version of...'.

Well, the positive thing is that, apparently, my test track will have impact sounds with no changes at all...
Montecarlo, you know... and the car is a nice&neat Ferrari F40.
I will post some captions here.

krsman3d said:
It didn't work because the released versions of Racer don't support that. We'll have to wait until Ruud and Mitch release 089, very soon I hope .
Btw, how are you progressing with AO Mitch?
Click to expand...

Indeed, the next release will contain the new material system, sorry for my bad choice of words.

Im not working on the AO at the moment, maybe later if i have some spare time. AO is not a priority at the moment, since its not exactly performance-friendly.

But i will make the fullscreen normals and depth map available in the fullscreen shaders for future implementation of AO.
So im sure you guys will have a go at it, if i did not.

MitchVL said:
Im not working on the AO at the moment, maybe later if i have some spare time. AO is not a priority at the moment, since its not exactly performance-friendly.
Click to expand...

The one thing I was really looking forward to, and now it seems we won't get. LOL

Two current games I think use AO are Far Cry 2 and ArmA 2, ArmA is badly optimized at the moment but Far Cry runs well here and looks good, seems that the shadowing in that uses some kind of LOD system? Shadows near you are pretty detailed but if you look close they get lower resolution as you look further away, 99% of the time you can barely notice the difference in detail.

The original FC used CG, it's a shame that UBI keep their games so closed, I'd love to know how the shadowing and fire effects work in FC2.

Also, pardon my ignorance here, but what's the difference between shadow maps and AO? I realise they're both computed differently and AO has softer shadows, but they can both be rendered in real time, can't they?