I solved my earlier sound issues but have now encountered some new ones. I have installed several new cars into GTL, and the majority are working fine. However on some of them I have all the sounds except those you might hear when losing traction, or spinning out. It's quite eerie to lose control and spin off track in total silence with no screaming tires or braking noises, no sounds when running over curbing, or striking barriers.

Also I have installed a new Shelby GT500 that supposedly uses the main GTL install Shelby sounds, but I get no sounds whatsoever in this car now.

Any ideas on how to fix these issues? 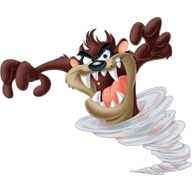 As far as I know; the easiest way to troubleshoot car sounds is to open the folder of the team that the car belongs to (i.e. "GT Legends\GameData\Teams\GTC-65\Shelby GT500\67013" or "Steam\SteamApps\Common\GT Legends\GameData\Teams\GTC-65\Shelby GT500\67013") and then open its' "car" file with Notepad to verify which "AUD" file it uses for sounds (i.e. "SHELBYSOUNDS.AUD"). Open that file in Notepad and determine which actual .wav recordings that it points to (i.e. GT Legends\GameData\Sounds\Cars\ac_idle.wav or Steam\SteamApps\Common\GT Legends\GameData\Sounds\Cars\ac_idle.wav). If your "Sounds" and / or "Cars" folder is in the wrong place you are in for nothing but trouble with sounds.
You must log in or register to reply here.
Share:
Facebook Twitter Reddit Pinterest Tumblr WhatsApp telegram Email Link
33 comments
rFactor 2 | Large GT3 BOP Update Released
25 comments
WEC | Ferrari Confirm Return to Le Mans With LMH Announcement
28 comments
RaceRoom | WTCR 2020 Coming Soon - New Previews