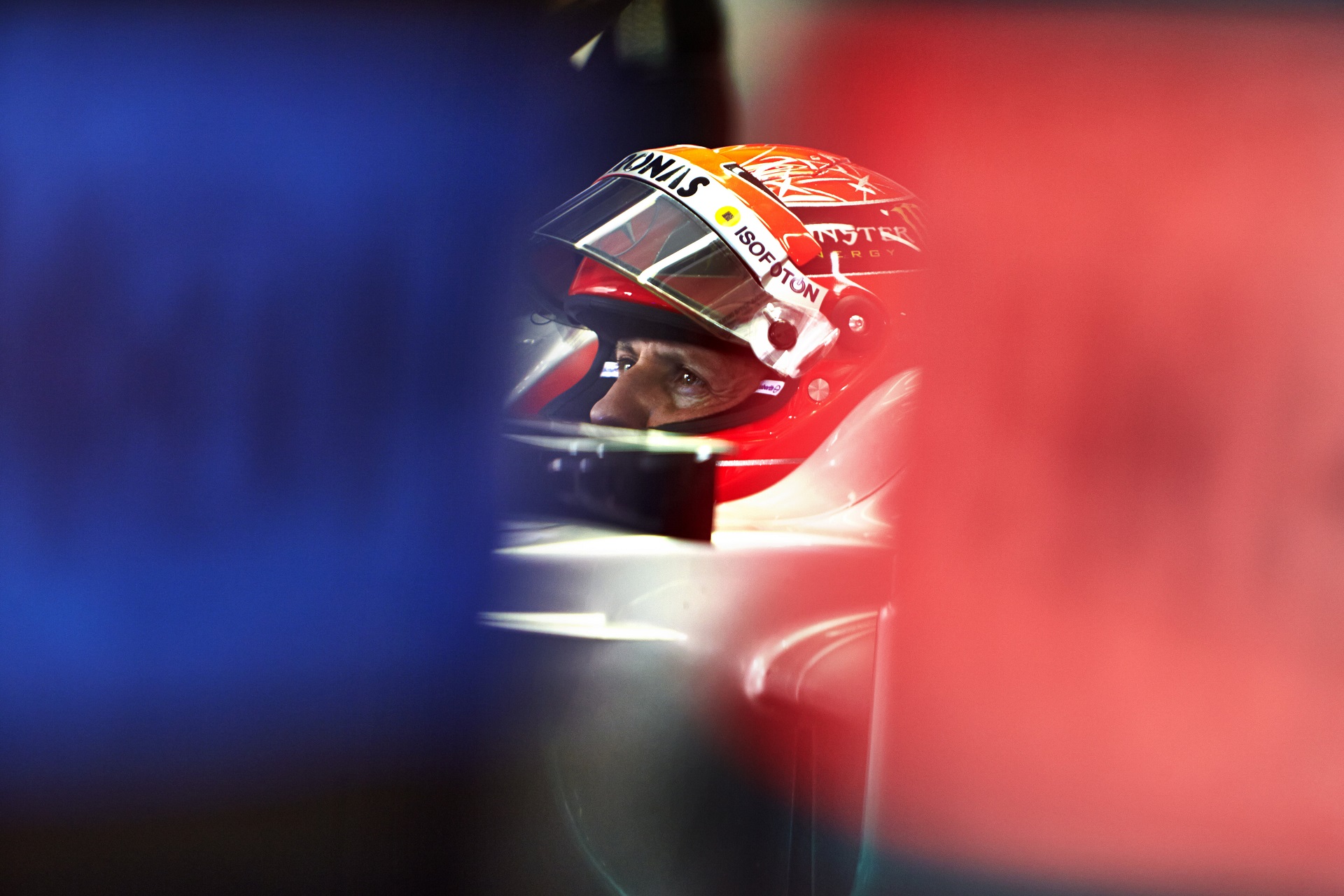 Michael Schumacher has reportedly been moved from an intensive care unit to a rehabilitation ward in Grenoble hospital where the driver is being treated for severe brain injuries.

The seven-time F1 world champion struck a rock with his head whilst skiing at the French resort of Meribel in late December of last year.

He was placed into a medically induced coma in early January to aid his recovery, and he was making "small, encouraging signs" around two months ago. Doctors have so far struggled to bring him out of the coma, and German magazine Bunte said that the driver was "out of danger" but his chances of making a full recovery have diminished.

Sabine Kehm, Schumacher's manager, has made no comment on Bunte's report. Last month Kehm denied reports that the German had been moved to a rehab unit, insisting that there had been no change in his condition.

Dr Gary Hartstein, former F1 doctor, said "I'm quite afraid, and virtually certain, we will never have any good news about Michael."

"There is no news because the family is very closed," he said. "They are not communicating. But surely no news in this case is not good news."

Michael Schumacher has been discharged from Grenoble hospital, and his family has confirmed that the driver is no longer in a coma.

They praised the staff in Grenoble hospital, where Schumacher has been since his accident in December. His treatment will continue at Lausanne university hospital in Switzerland, out of the public eye.

"Michael has left the CHU Grenoble to continue his long phase of rehabilitation. He is not in a coma anymore," Schumacher's manager, Sabine Kehm, said in a statement on behalf of his family on Monday.

"For the future we ask for understanding that his further rehabilitation will take place away from the public eye," she said, without giving further details.

It is still not clear what the current condition of Schumacher is. Many medical professionals have warned that despite the fact that Schumacher is no longer comatose, he may still never return to his pre-accident condition as a result of the ordeal.

I fear the effect the injury will have when he keeps living his life.

I wish for him to live long.

I have a lot of respect for the family, I understand their struggles, but just 1 word of news from them would be great for all his fans around the world.

Even if they don't they still keep full respect tho and I wish them and Michael the best.

Official statement just now that Michael woke up from his coma.

Looks like he was released from hospital this morning, to go home and recuperate.

There are no details of what his actual condition is.

Not sure if this is great news. People seem to conclude that he can communicate by speech but so far I haven't seen that being posted.

Not sure why the family isn't just disclosing all information they have. Why so secretive about it.

True, it does make you assume the worst

It is good news that he can go home, but the family don't appear to be jumping for joy, perhaps for good reason ........ there is probably a very long way to go in his recovery.

Bram Hengeveld said:
Not sure if this is great news. People seem to conclude that he can communicate by speech but so far I haven't seen that being posted.

Not sure why the family isn't just disclosing all information they have. Why so secretive about it.
Click to expand...

imagine Michael but functioning as a 2 year old,,i ubderstand perfectly they dont want to share they are coping with this themself ,wich is hard enough and its his managers job anyway ,to communicate if needed .

The news, for now, he is out of the coma. That's enough.

@Robert vd Heide MSC is a public figure with millions of fans that have been speculating since December. They can end all speculations by just telling whats going on.

Lets hope for the best.

Don't know either what to think of it, if he where able to speak I would expect them share more his status. Anyways, it's the first battle I've ever rooted for Schumacher to win, may he go ahead and do so!

Some are not happy with the lack of information regards Schumi's condition, even his old F1 team Ferrari are in the dark over his release and current medical condition. I can understand the family wanting to keep it private, but Micheal is one of the most famous F1 drivers to live, which kind of makes him public property.

Link to the article on Yahoo Australia.
https://au.sports.yahoo.com/news/ar...d-to-swiss-hospital-after-emerging-from-coma/

it could easily be that Michael has no expectation to be his former self again
and is like a plant
therefore by not telling to much ,they dont destroy the legend either.
they give us the option to remember Michael the way we knew him

the unsportive racer that would do anything for a win,,even crash others if that was opportune for him

its sad what happened ,but he never was a saint.

I really hope for him and his family that he is released to recuperate at home. I can't imagine what is like to see a loved one like that.

He's in a rehab hospital so they can try help him recover mentally and physically, the movement to the rehab hospital means that Michael is no longer in risk of dying from his injuries, so theres no reason for him to be in an ICU.

Emerson Meyer said:
The news, for now, he is out of the coma. That's enough.
Click to expand...

Spot on people are so nosey do they really need to no how he cant walk talk and all the other horrible stuff. I`m pretty sure if it weren't the case they would have said yes hes sound just a bit bruised and battered. I think his family are right to not want all the details in the public it basically none of our business. It seems if there is an major changes the family will let his fans no .

dgreen2298 said:
Spot on people are so nosey do they really need to no how he cant walk talk and all the other horrible stuff. I`m pretty sure if it weren't the case they would have said yes hes sound just a bit bruised and battered. I think his family are right to not want all the details in the public it basically none of our business. It seems if there is an major changes the family will let his fans no .
Click to expand...

family shouldnt even be bothered ,,let his manager let us know things ,,whenever it needs to
for now we know he is in terrible state ,
needing time to see how far he can heal

this can take 10 or more years or might not happen at all
so whats there to say anyway ?

i will answer," we dont know and have to wait and see what happens"
You must log in or register to reply here.