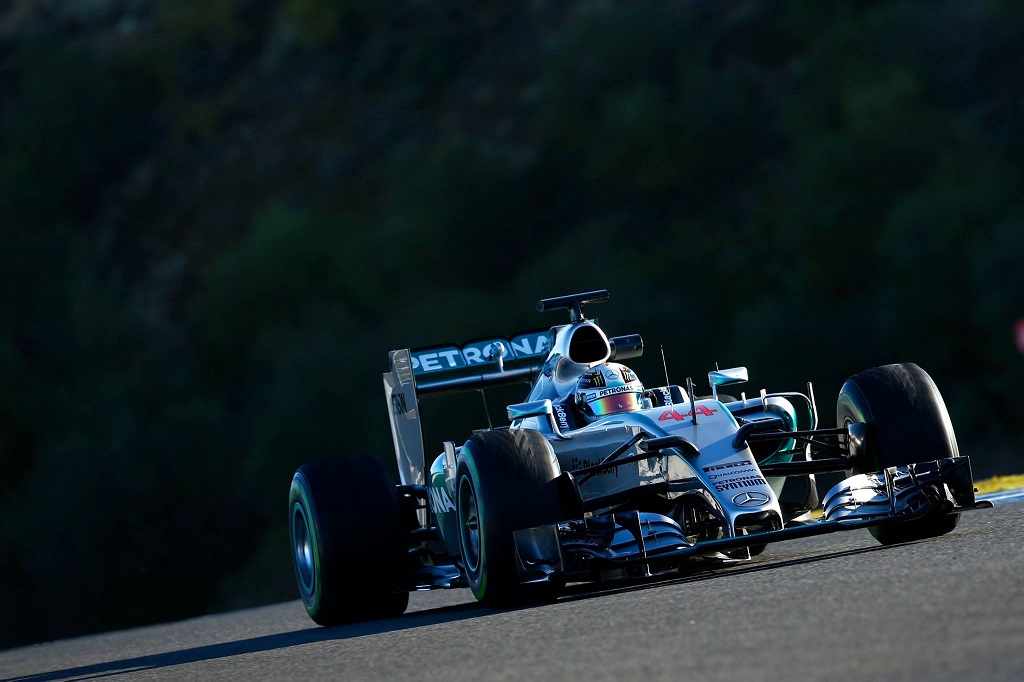 Mercedes' engine boss Andy Cowell has continued to state the team's cautiously optimistic mood for the 2015 season, despite their very long and reliable runs in the most recent Jerez test.

Drivers Lewis Hamilton and Nico Rosberg regularly completed more than 100 laps for each of the four days while others like McLaren struggled to even get started, and they pick up their 2015 campaign having maintained a very large gap to their nearest rivals throughout 2014, leading many observers to predict that Mercedes' dominant form will continue into this year.

But Cowell didn't underestimate the competition when he spoke to Auto Motor und Sport, saying that "The rules are the same for everyone, therefore everyone has the same chance. I see no reason why our rivals can't succeed in building a good engine like ours." He also suggested that Mercedes' V6 power-unit, key to the team's advantage last year, may have less potential to improve: "Of course we are also not standing still, but the higher you up in terms of development, the flatter the curve for improvement. On the other hand we have learned that there are no limits when it comes to Formula 1 engines."

He went on to assess each engine supplier's chances of success. "Ferrari and Renault will aim higher than what we have at present. Honda is a bit of an unknown, but we should not underestimate the ability of the Japanese manufacturer. We will take a big step forward, but I cannot guarantee that this is sufficient to be better than the competition."
Reactions: Pi_2R_0 and Queequeg
You must log in or register to reply here.
Share:
Facebook Twitter Reddit Pinterest Tumblr WhatsApp telegram Email Link
6 comments
An Englishman, A South African And Some Race Cars... Wild Times In Virtual Racing