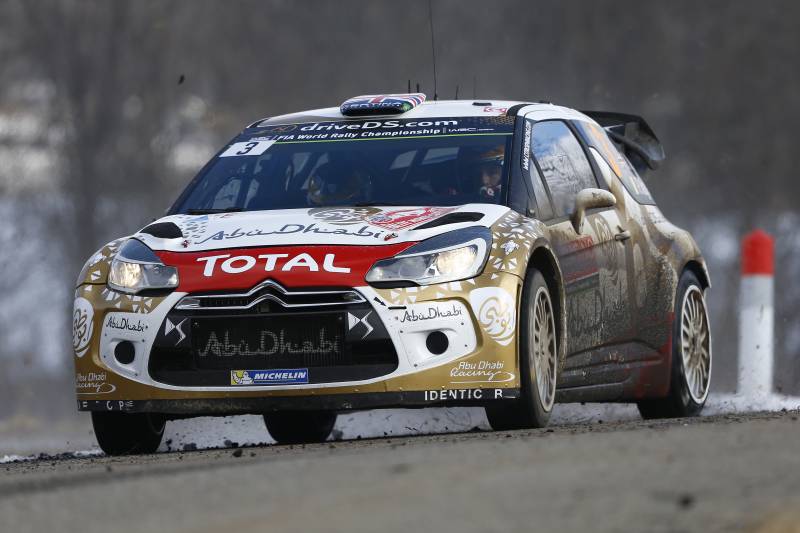 Kris Meeke, who is always self critical, took to the media and gave his assessment on the difficult start he had to his 2015 season.

Last year, Kris Meeke went into round three of the championship in Mexico with a mixed start to his first full season in the WRC, which started with a third place in Monte Carlo which he followed up by a strong result in Sweden. This year, the first two even haven’t gone according to plan, due to some small errors that have been costing the Brit. In the Monte Carlo Rally, a crash saw him fighting his way up the leader board where he ultimately finished 10th and added a power stage win to his tally giving himself 3 added points. While in Sweden a short trip into a snow bank saw him lose time after he was setting a quick yet consistent pace. Kris almost claimed 6th place from Welshman Elfyn Evans, but a spin in the Power stage cost him there as well.

Speaking on his Monte Carlo performance, Meeke said “My underlying performances are definitely there: last season I was fast on the Monte Carlo Rally but I wasn’t consistent and that maybe didn’t warrant a podium. This year I was consistent but I wasn’t as fast, so I know that I have to work really hard to try and get the balance right.”

There is race winning pace in Meeke that he has shown several times before; however, it’s not coming together for him yet this season. Judging by his speed, he's a lot closer to the Volkswagens and he’s definitely pleased about that. When speaking about his improved pace with mixed success Meeke said “I am very happy in one way but frustrated in another because if I hadn’t made those mistakes in Monte Carlo and Sweden we could have had two strong finishes.”

They are still 11 rounds left in the 2015 WRC season and Sebastian Ogier is not as invincible as his fellow countryman and nine-times WRC champion Sebastian Loeb. Ogier has proven to be prone to mistakes, and a bit of moaning on more than one occasion. If Meeke can have a faultless season from here on out then come his home event in Wales in November, then he could be in with a chance to give Britain its first top level rally championship since the late great Richard Burns.
Last edited by a moderator: Feb 27, 2015
Reactions: Queequeg

No way he can even challenge for the title. Ogier is a fantastic driver, rarely make mistakes and really quick. Meanwhile, he is not that old, only 31, so he is still progressing, while Meeke, being 36 is not really doing so. Meeke also makes mistakes, and lots of them. He hasn't even finished second, and he cracked under pressure in his only real chance to win a rally, last year in Germany. Kris didn't have many chances before the championship started, nevermind now that he is 43 points back.

No one can challenge Ogier in this period. Latvala needs to avoid mistakes, Mikkelsen and and Neuville, while being two of the best drivers, still have a 2014 car, which is major disadvantage which other than having a not-so-developed car, means that he has to drive one-handed a lot more than Ogier, Latvala, Meeke, Ostberg, Tanak and Evans.

So Ogier can cruise to the title. 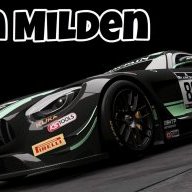 Ogier is still the man to beat but I think he can be beaten kris has fantastic pace I followed his pace on both rallies and sometimes he is crazy fast he just needs consistent speed and a win only then will he push for the championship. I have no doubt he has the talent

Ben Milden said:
Ogier is still the man to beat but I think he can be beaten kris has fantastic pace I followed his pace on both rallies and sometimes he is crazy fast he just needs consistent speed and a win only then will he push for the championship. I have no doubt he has the talent
Click to expand...

The gap in age, talent, car and standings is too big. About the pace, don't forget that Meeke was far behind from the start, so he had nothing to lose if he pushed and he did so.

Manolis Sigoulakis said:
The gap in age, talent, car and standings is too big. About the pace, don't forget that Meeke was far behind from the start, so he had nothing to lose if he pushed and he did so.
Click to expand...

Pace is pace it can't be faked he reminds me of Colin McRae in the way he goes about rallying. I see your point with the age but age is nothing when you have drive and ability. I have a feeling about him doing well eventually this season hopefully starting in Mexico

He just binned it. Again.

Don't remind me about after winning a stage

Stefan Walker said:
Don't remind me about after winning a stage
Click to expand...

Tidermand won a stage in Rally Sweden. Raikkonen won stages. So what?

Stefan Walker said:
I meant that fater ot looks like he's setting some pace he bins it
Click to expand...

Well, then he is like Kubica, too fast, too aggressive. Still no reason to make him a champ (even a candidate.).